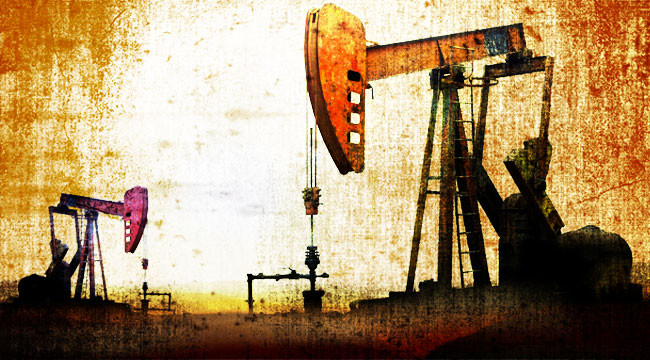 The latest reports are that oil is hitting a three-week high ahead of an OPEC (Organization of the Petroleum Exporting Countries) decision on output due out this month.  While the news on rising oil might be only temporary, here are 7 reasons that oil very well could drop further. 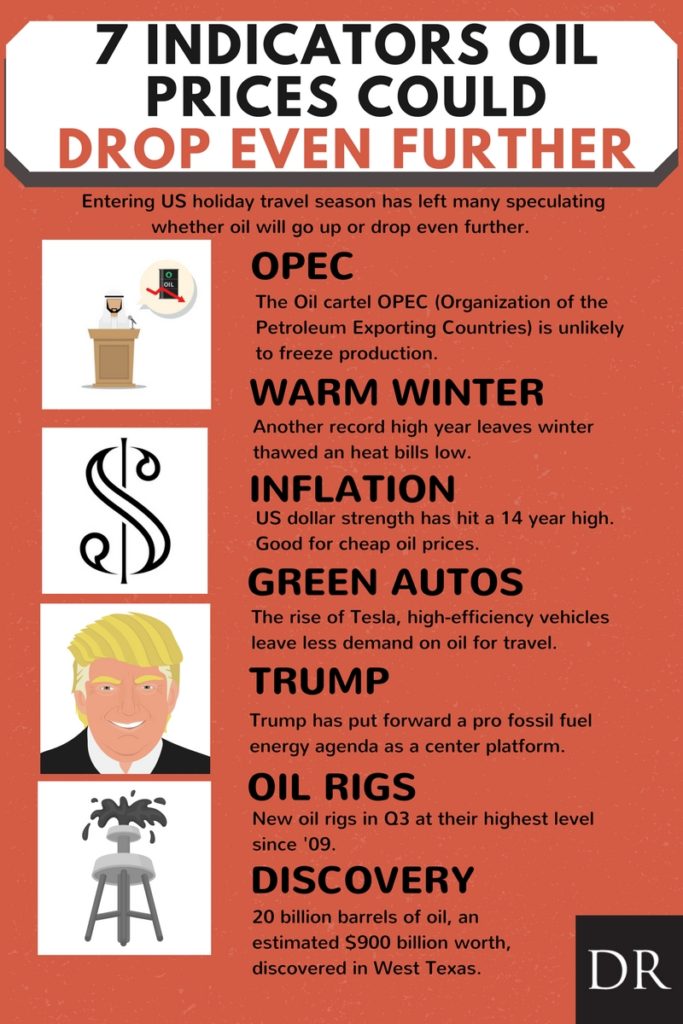 As the Daily Reckoning reported back in September, OPEC’s head of state meeting is set to happen days from now – and its credibility is overblown.  Following the September 28th meeting, many speculated that OPEC would halt its global oil production.  Don’t hold your breath.

The chance of Iran, Saudi Arabia and Iraq all agreeing on the reduction of money into their economy at this point in time is highly unlikely.  Reducing production is bad for business.  It is also bad for waning government stability.

This is the third consecutive year of record breaking heat.  The US has its first major snowstorm at the very end of November, and even that might not last long.  While the winter season continues to hold out, expect lowering heating demand from winter fuel expenditures.  Last year at the national level, the number of high demand on heating days was 18% lower than the previous winter season and is expected to be even lower this year.

The dollar is on the rise. Despite a day in which the dollar could be down, the US currency has continued to gain strength following the surprise election of Donald Trump.  As of November 16 the dollar hit a 14 year high.  The vast majority of oil continues to be traded in US currency, the strengthening dollar makes domestic purchasing power for oil cheaper.

The low-emission auto industry is booming. In the third quarter alone,  Tesla has sold twice as many cars as it was in 2015.  Elon Musk has even noted that regardless of a Trump policy, the Tesla business will remain secure.  While Tesla owns the PR market, General Motors (GM) has an all new all-electric auto that is very competitively priced due out later this year.

Outside of the green vehicle market, millennials and demographics across the board are seeking high efficiency vehicles.  This in combination of people driving less has made the demand on gas decrease across the auto sector.

President-elect Trump has taken up the Palin motto of “drill baby drill.”  As a candidate, Trump even went as far to propose during a debate and even a presidential forum to take the oil from Iraq.  These types of presidential campaign statements might be purely words, but they do highlight a president-elect that is very conscious to the mobility and drive for oil.  That type of policy is sure to open up oil drilling domestically and flood the market with a greater supply of “black gold.”

In the third quarter of 2016 the US oil rig count hit the most it has produced since 2009.  That trend, while it is only one part of the story, will likely continue to grow under the incoming administration.  Now that the stigma and worry from the Deepwater Horizon oil spill by BP is only in a distant memory, expect to see greater presence of new oil rigs domestically.

The USGS has estimated that nearly 20 billion barrels of oil has been located in west Texas.  That is a groundbreaking amount and the largest in US history.  To put it in perspective, Bloomberg reports that it is an estimated $900 billion in current market value.  That amount of domestic based natural resource containment is only to bring stability and confidence in the longevity of the US oil market and investors.

Understanding these indicators gives you an asymmetric approach to investing.  While some storylines on oil could turn out differently, there is still prime opportunity.  As Jim Rickards has noted on uncertain ventures, “I use “asymmetric” to describe an opportunity where the outcome may be uncertain but the risk/reward ratio is entirely in your favor. In other words, it’s heads you win, tails you don’t lose.”