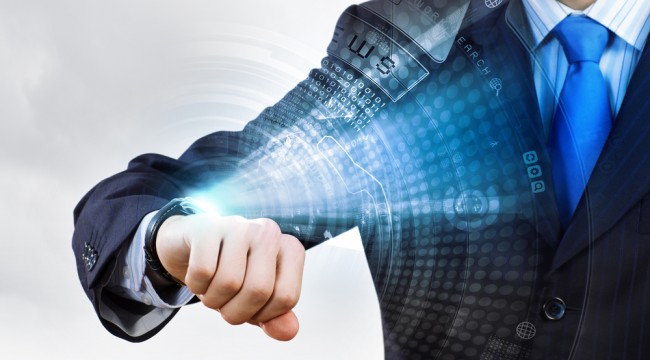 A few years ago, a buddy of mine named Charlie invested in Uber.

People thought he was nuts:

Investing in a car service? Dealing with municipal and licensing regulations?

To most folks, it seemed like a high-risk dud.

Then – because, sometimes, it just happens – Uber became a “hot” private start-up worth billions.

He just sold $10,000 worth of his shares in a private transaction…

But that’s not the amazing part.

The buyer thinks those shares will soon be worth a whole lot more than $4 million.

Charlie is the textbook definition of an early-stage investor.

He takes chances on high-risk investments, knowing that, most of the time, his bets won’t pay off. But when they work, the returns can be staggering.

400x return on his Uber shares? Not too shabby.

The buyer who paid $4 million has a different investment approach…

He finds companies that have proven themselves – private companies that already have millions of paying customers and millions in revenue – and places big bets on them in anticipation of an IPO or major acquisition.

Unfortunately, it’s no small feat getting access to these late-stage deals. Because these deals are in such high demand (and because the valuations are usually so high), only very large venture capital or private equity funds can access them.

SharesPost is an online platform for buying and selling shares of private companies. They’ve been around since 2009, and have a partnership with the Nasdaq. They’re legit.

Now they’re in the midst of launching something completely new: the SharesPost 100 Fund, a portfolio of later-stage private companies.

They’ll be investing in companies like Uber, Pinterest, Airbnb and Spotify. Many high-growth sectors will be represented – from software and healthcare to energy and consumer internet.

Here are six reasons why you want to look at this fund, right now:

2. Less Risk – Compared to early-stage start-ups, the companies in the SharesPost100 tend to be lower risk – they’ve already proven, for example, that their technology works, or that people are willing to pay for their product.

3. Diversification – One of the key rules of early-stage investing is diversification. SharesPost’s fund structure gives you access to many of the most promising pre-IPO companies.

4. Less Time To Exit – An early-stage company generally takes 5 or 10 years to “exit” via IPO or M&A and return money to its investors – if it gets an exit at all. The companies that SharesPost will invest in are probably closer to 2 or 3 years from an exit – which might mean a quicker return on capital.

5. Liquidity – For the most part, shares of early-stage companies are highly illiquid: your money is tied up until the company exits. But SharesPost is set up as an “interval” fund – that means there are defined periods when investors can redeem a percentage of their shares for cash, and there’s no waiting around for an exit in order to get your money back.

6. Solid Management – The manager of the fund has more than 15 years of private investing experience. He previously managed $1.5 billion of venture capital investments.

Despite the benefits, there are substantial risks, too.

A fast-growing start-up – even one that IPOs – doesn’t always turn out to be a good investment for its later-stage investors. Zynga and Groupon, for example, IPO’d, but the price of their stock tumbled before some investors could sell their shares.

Other potential risks include liquidity – yes, this is an “interval” fund, but there are no guarantees there will be ample liquidity for all.

Intrigued? Here are a few details:

Matthew Milner
for The Daily Reckoning

Ed. Note: When investing in startups, there’s no guarantees. Even as a later-stage investor, you’re still exposed to a substantial amount of risk if an IPO doesn’t perform well or there are liquidity problems. But there are great strategies to mitigate these risks, as Matthew points out above. And as a frequent contributor to the Tomorrow in Review email edition, Matthew shows readers some of the most lucrative ways to benefit from the private equity market, with substantially less risk. Sign up for the Tomorrow in Review email edition, right here, to find out what you’re missing.

Read these seven tips to find out some quick, easy ways to make some extra money this holiday weekend.

Matthew Milner is a Media & Technology executive. After selling a tech company he founded to Hearst in 2008, he joined Hearst Digital’s senior management team, first launching their brands online, then acting as their Entrepreneur-in-Residence. Matthew is founder of Crowdability, a free platform that aggregates investment opportunities in private-equity crowdfunding from across the web directly to you.