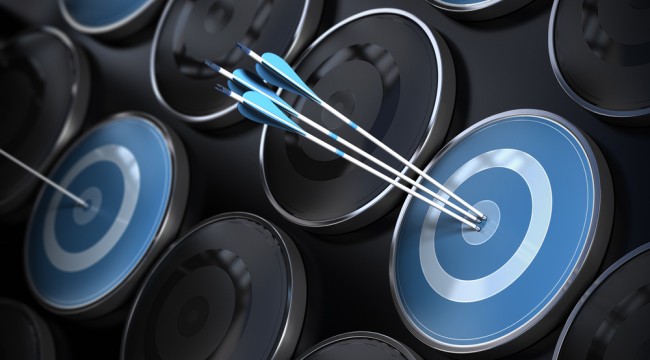 3 Words That Will Help You Become a Better Investor

“This means,” Ned Davis wrote in his 2003 book, The Triumph of Contrarian Investing, “what feels right, easy and obvious in your gut is quite often wrong.” (Conversely, what feels wrong, hard and counterintuitive is quite often right.)

What follows is an exploration of this human tendency to create our own faulty narrative — and some advice on how to avoid it.

I thought about all of this when reading stories of the flight shot down over Ukraine. What’s most interesting is to read the stories coming out of the Russian media, most of them owned or controlled by the state.

In their telling, Malaysia Airlines Flight 17 was a deliberate attempt on the part of the U.S. to frame Russia and provoke a war.

The story from that side has weird and grisly details. The flight was full of corpses. It was on autopilot. The passports of the victims at the crash site all look brand-new, as if dumped there after the fact. And the passengers all had Facebook pages created in one day. And on and on it goes.

It reminds me of what Izzy Stone wrote about the Soviet Union in the 1950s:

“If you believe everything you read in the papers, lack imagination, and feel no need to think for yourself, you can be very happy in the Soviet Union and engage in useful devoted work… But for the journalist, the writer, the artist, the thinker, the man who cares deeply about the basic questions of humanity and history, the USSR has been a hermetically sealed prison, stifling in its atmosphere of complete, rigid and low-level thought control.”

This is from Stone’s The Haunted Fifties, the fourth volume in his six-volume A Nonconformist History of Our Times.

Some things never change. But there is also reality distorting on our side, too. The Western press makes Putin, Russia’s head of state, out to be a demon of the worst sort.

Maybe he is, or maybe he isn’t. In any event, demonizing Russia’s leaders is also old hat. Here is Stone again:

“It is essential to Cold War policy to allow nothing to disturb the endlessly inculcated view that the Kremlin always has and always will be occupied by monsters until the evil is finally exorcised by nuclear fission and holy water.”

There are certainly interested parties that would like to keep Russia as a “bad guy.” Oil companies? The military? The neocons? Who knows? The point is that an objective reality is hard to get at. People will believe what they want to believe.

Davis has several interesting examples from his book. Prisoners who don’t believe they did anything wrong or gamblers who insist they lost money only because they got unlucky.

Or take the O.J. Simpson case. Simpson’s guilt or innocence seemed to hinge on whether you were white or black. After the verdict, according to one poll, only 36% of whites thought he was innocent, compared with 73% of blacks.

Or consider Sept. 11. Even after ample evidence had come public identifying the hijackers and linking them to al-Qaida and the Arab countries they came from, 61% of Muslims in a Gallup poll still checked that “they did not believe Arab groups carried out the Sept. 11 terrorist attacks.”

As I say, we believe what we want to believe. Our perspectives can warp our sense of reality. I often think of the classic Akira Kurosawa film Rashomon. In the film, four characters tell the story of the same event from their own perspectives. The viewer sees widely varying accounts. You’re not sure what really happened.

As historian John Tosh says, “The facts are not given, they are selected.” As a result, all historical recreations rely on our imagination. We piece together our own narrative. And we read into it what we want. The only objective journalism, Hunter S. Thompson used to say, was the box score and closed-circuit TV.

Given all this, how is it possible for an investor to act? Here’s my own tiny manifesto:

I recently spoke at a conference in France in which my main message was this: Nobody really knows anything. On this point, there’s a wonderful interview with Rory Sutherland, a behavioral economist — “The Thing for Which We Have No Name” in Edge magazine. You can find it online. In it, Sutherland says:

“Most of the progress that’s made in business is made through a kind of trial and error where you accidentally stumble on something that’s successful. Of course, the way business works quite well is that things that are unsuccessful get killed off fairly quickly and things which are accidentally successful get invested in; a very crude feedback system but it kind of works, broadly speaking.”

In other words, most of the time, no one has the faintest idea why the things that work actually work. I believe this is profoundly true. And so I start my investing process with an admission of ignorance.

In fact, the “CODE” is an investment philosophy built on a foundation of ignorance:

C –We buy Cheap because we don’t know what future will bring, so we hedge our bet.

O — We invest in Owner-operators because we know incentives matter. (I have a whole presentation I do on the idea of investing with owner-operators and how they tend to outperform. There is lots of research to back this idea.)

D — We want transparent businesses — the “D” is for disclosures — because we’re outsiders and invest knowing we can be fooled. And…

E — We want Excellent financial conditions as a bulwark against adversity and so our companies can take advantage of new opportunities that come their way.

In the end, it comes down the three little words: margin of safety. If you have a thick margin of safety, you can get a lot wrong and still come out OK. The best defense against your own illusions is to build in lots of room for error. That’s what I try to do with every investment I make. I recommend you do too.

P.S. If you sign up for the FREE Daily Reckoning email edition, you’ll gain exclusive access to my report called The Hidden Investment That Quietly Makes You 5 Times Your Money? You can download, save or print the PDF by signing up for FREE, right now.