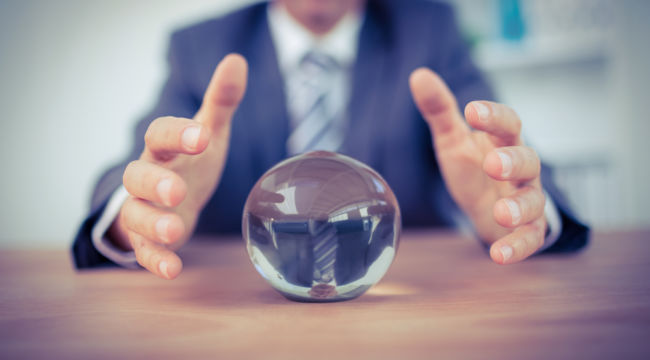 Just because impeachment is almost over and it’s an election year does not mean that Congress won’t be the scene of anti-Trump activity. Congress is set to keep up the pressure on Trump on a daily basis, and the attacks will continue.

Investors should not be shocked if the House impeaches Trump a second time.

There’s no legal limit on the number of times a president can be impeached or the number of articles of impeachment that can move forward. The House impeached Trump in 2019 on bogus claims that aren’t even crimes. If they did it once, they can do it again.

Some of the new charges being floated include whether it was legal for Trump to order the killing of mastermind terrorist Maj. Gen. Qasem Soleimani. The killing was clearly legal since Soleimani had officially been declared a “terrorist” under the Authorization for Use of Military Force Act (AUMF) and Iran had been declared a state sponsor of terrorism.

Both designations allowed the U.S. legally to kill a terrorist on foreign soil who was planning terrorist acts against the U.S. Obama had used the same legal rationale to kill hundreds of terrorists in Pakistan, Afghanistan and Yemen.

Still, Democrats are claiming that this was an “assassination,” which is illegal under U.S. law. You can expect congressional hearings and possible impeachment charges along these lines this spring.

Another potential impeachable offensive consists of violations of the Emoluments Clause of the U.S. Constitution alleging that Trump profits when foreign diplomats stay in his hotels. He doesn’t; Trump returns any revenues to the U.S. Treasury.

The House of Representatives can also be expected to hold hearings on alleged Trump “money laundering” in connection with property development in Russia. There’s no evidence of this, but that won’t stop Democrats from making the allegation.

Trump’s relationship with Deutsche Bank and its financing of his hotels and other properties including the identities of third-party investors will also come under scrutiny.

New matters related to Ukraine are also emerging in connection with reported Russian hacking of Burisma, the Ukrainian company that paid Hunter Biden (Joe Biden’s son) millions of dollars for a no-show job for which he was unqualified.

Somehow Democrat critics of Trump can’t get enough of the Russian collusion allegations, even though the Mueller investigation showed no connection at all between Russia and Trump.

All of these matters (Soleimani, property finance, Ukraine and War Powers in Iran) may form the basis for new articles of impeachment against Trump.

This could play out over the course of the spring and summer just as the campaign season is heating up. This may be designed to stir up the Democrat base, but it will probably have the opposite effect of increasing turnout of Trump supporters.

With or without new articles of impeachment, the congressional hearings, bogus claims and anti-Trump rhetoric will continue without relief. Trump will stay on track, but markets may weary of the uncertainty and be worn down by the hyperbolic rhetoric.

Alongside the drama of impeachment and the scandals yet to be revealed, we still have the economy and stock market for investors to focus on. And right now they’re looking good for Trump.

There is almost zero risk of a recession in the next three months and less than a 20% chance of a recession before November. That’s good news for Trump because a recession (or lack of one) is the single strongest indicator of whether an incumbent president will be reelected.

Each month that goes by reduces the odds of a preelection recession even further, which means that Trump’s reelection odds go up. Trump should have a 90% chance of winning by Election Day absent extreme and unexpected economic shocks in the next nine months.

Trump’s chances are also helped by the weakness of his opponents. Americans have shown no appetite for the kind of socialism being touted by Bernie Sanders and Elizabeth Warren. Pete Buttigieg lacks African-American support, which is indispensable for a Democrat. Joe Biden lacks energy and is exhibiting some cognitive problems that will raise serious doubts among voters and hurt his debate performance.

What about the Fed?

The Fed will cut interest rates at least once before the election. This rate cut will not happen at the March or April FOMC meetings because that’s too soon after the Fed told markets it was hitting the “pause” button last December.

The rate cut will not happen in the July or September FOMC meetings because that’s too close to the election and the Fed does not want to appear to be tipping the scales in favor of one party or the other. The Fed will be on hold from July until after the election.

Through a simple process of elimination, the Fed will cut rates in June.

The Fed’s reasons for the rate cut (which markets do not expect) will not be explicitly to help Trump’s reelection (although that will be one consequence). The reason will be to provide an insurance policy against disinflation and recession. The Fed knows its hands will be tied until December, so it will provide a rate cut just to be on the safe side.

A June rate cut will give another boost to stocks, which should continue to perform well. As the election approaches and Trump’s victory becomes more apparent, stocks will gather momentum in expectation of four more years of lower taxes, less regulation and a pro-business environment.

Gold will also get a boost from another rate cut. This comes on top of continued strong buying from Russia, China and Iran and flat output by miners. Geopolitics play a big role in gold prices as a “flight to quality” trend emerges during each overseas crisis. The coronavirus has been a major factor that has taken gold past $1,600 an ounce. The next crisis will send gold even further.

But how might this November’s election affect the political balance in Congress?

Retaking the House will be more difficult but not at all impossible. Presidents typically lose seats in the House in their first midterm election after winning the White House. Trump’s losses in 2018 were actually fewer than Clinton’s in 1994 (when Newt Gingrich led Republicans to the majority for the first time since 1955) and Obama’s in 2010 (when the tea party arose to reject Obama’s policies).

There were 31 Democrats elected in 2018 in districts that Trump had won by five or more points in 2016. All but two of those Democrats voted in favor of impeachment. One of those two has since switched to the Republican Party.

Today, the Republican Party holds 197 seats in the House. Control of the House requires 218 seats. The Republicans need a net gain of 21 seats to take control of the House. With 30 highly vulnerable Democrats (because of impeachment) and demonstrated coattails on the part of President Trump, picking up 21 of those 30 seats (while holding all existing seats) seems well within reach.

A Republican clean sweep of the White House, the Senate and the House with ongoing control of the Supreme Court and other judicial appointments is the most likely outcome for November 2020.

But, there will be a lot of land mines exploding between now and then. Call it another year of living dangerously.