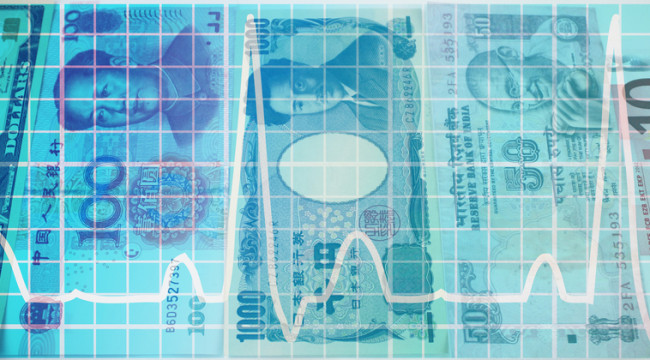 2014: The Year the Chickens Come Home to Roost

The year 2014 could be shaping up as the year that the chickens come home to roost.

Americans, even well-informed ones, don’t know all of the mistakes made by neoconized and corrupted Washington in the past two decades. However, enough is known to see that the US has lost economic and political power, and that the loss is irreversible.

The economic cost of this lost will be born by what remains of the middle class and the increasingly poverty-stricken lower class. The one percent will have offshore gold holdings and large sums of money in foreign currencies and other foreign assets to see them through.

Instead, influenced by neoconservative warmongers who advocated America using its “sole superpower” status to establish hegemony over the world, Washington let hubris and arrogance run away with it. The consequence was that Washington destroyed its soft power with lies and war crimes, only to find that its military power was insufficient to support its occupation of Iraq, its conquest of Afghanistan, and its financial imperialism.

Now seen universally as a lawless warmonger and a nuisance, Washington’s soft power has been squandered. With its influence on the wane, Washington has become more of a bully. In response, the rest of the world is isolating Washington.

The prime minister of India, Manmohan Singh, recently declared China and Russia to be India’s “most important partners” with whom India shares “common strategic interests.” Prime Minister Singh said: “ India and Russia have always had a convergence of views on global and regional issues, and we value Russia’s perspective on international developments of mutual interest.”

India joined China in expressing concerns about the Federal Reserve’s practice of printing money in order to cover Washington’s vast red ink. The BRICS (Brazil, Russia, India, China, South Africa) are taking steps to create their own method of settling trade accounts in order to protect themselves from the looming dollar implosion,

China has forcefully called for a “de-Americanized world.” After watching the “superpower” offshore a large part of its GDP to China and then add to the diminished tax base the burden of $6 trillion in wars that brought no booty and served no US interest, China has concluded that American power is spent. The London Telegraph thinks “it is only a matter of time before the renminbi replaces the dollar as the primary currency for trading commodities and resources.”

The Obama regime attempted to attack Syria based on the sort of lies that the Bush regime used to invade Iraq, only to be slapped down by the British Parliament and Russian government. This rebuke was followed by the childishness of the government shutdown and threat of default. Consequently, the Washington morons have lost their monopoly on economic and political leadership. A few days ago the British government announced a historic agreement that permits British investors direct access to China’s markets and allows Chinese banks to expand their operations in Great Britain.

In Australia, the US dollar will no longer be used as the currency in which to settle the Australian trade accounts with China. Instead of dollars, trade will be settled in the Chinese currency.

Washington served as cheerleader, as did most economists and libertarians, while US corporations, greedy for short-term profits and executive bonuses, offshored US industry and manufacturing, calling it free trade. The obvious and predicted result is that China’s demand for resources needed to fuel its industrial and manufacturing power now dominates markets. This means that the US dollar is being displaced as world currency. The only market that America dominates is the market for financial fraud.

When industrial, manufacturing, and tradeable professional service jobs are offshored, they take US GDP and tax base with them. The foreign country gets the benefit of the relocated economic activity. Due to the revenues lost from jobs offshoring, there is a large gap between federal revenues and federal expenditures. As Washington’s irresponsible behavior has raised so many doubts about the dollar’s value and the government’s commitment to stand behind its massive debt, foreign countries with trade surpluses with the US are less and less willing to recycle those surpluses into the purchase of US Treasury debt.

As for those $6 trillion wars, that’s to pay for national defense to protect us from women, children, and village elders in far away countries devoid of air forces and navies, and to provide those recycled taxpayer monies from the military/security complex that find their way into political contributions.

The Wall Street gangsters sighed for relief over the last minute debt ceiling agreement. This shows how short-term Wall Street’s outlook is. All the October agreement did was to push off the crisis to January and February. The “debt ceiling agreement” did not produce a new debt ceiling that would last beyond February, and it did not resolve the large difference between federal revenues and expenditures. In other words, the can was again kicked down the road. A repeat of the October fiasco won’t play well.

Obamacare is causing the premiums on private insurance polices to rise substantially, almost doubling in some situations unless people move to the uncertain exchanges, and Obamacare’s raid on Medicare payroll tax revenues has resulted in a cut in Medicare payments to health care providers. The result is a further reduction in consumer discretionary income and a further drop in the economy.

This in turn means a larger federal budget deficit and the need for the Federal Reserve to purchase more debt.

Another reason the Federal Reserve is faced with increasing, not tapering, quantitative easing (money printing) is the decline in foreign purchases of US Treasury bills, notes, and bonds. As the instruments pay interest that is less than the rate of inflation, holding Treasury debt makes no sense when the dollar’s value and the potential of default are open questions.

According to reports, not only are foreign governments, such as China, ceasing to buy US Treasury debt, China has started to sell off its holdings, substituting gold in the place of US Treasury debt.

This means that the bonds must be purchased by the Fed or interest rates will rise as the increased supply of bonds on the market drives down bond prices. The only way the Fed can purchase a larger supply of bonds is by printing more money, that is, by more quantitative easing.

With the world moving away from using the dollar to settle international accounts, as the Fed prints more dollars the rate at which foreign holders of dollar assets sell off their holdings will rise.

To get out of dollars requires that the dollar proceeds from selling Treasuries, US stocks and US real estate be sold in the currency markets. The selling of dollars drives down the exchange value of the US dollar and results in rising US inflation. The Fed can print money with which to purchase Treasury debt, but it cannot print foreign currencies with which to purchase dollars.

The decline in the dollar’s exchange value and the domestic inflation that results will force the Fed to stop printing. What then covers the gap between revenues and expenditures? The likely answer is private pensions and any other asset that Washington can get its hands on.

Initially, private pensions will be taxed at a rate to recover the tax-free accumulation in the pensions. The second year a national emergency will be used to confiscate some share of pensions. Those relying on the pensions will find themselves with less income. Consumer spending will decline. The economy will worsen. The deficit will widen.

You can see where this is going, and there seems to be no way out. Policymakers, economists, and corporation executives are in denial about the adverse effects of offshoring, which they still, despite all the evidence, maintain is good for the economy. So nothing will be done about offshoring. Republicans will blame the budget deficit on welfare and entitlements, and if those are cut consumer spending will decline further, widening the budget deficit. Inflation will rise as incomes fall, and social cohesion will break down.

Now you know why Homeland Security purchased 1.6 billion rounds of ammunition, enough ammunition to fight the Iraq war for 12 years, has its own para-military force and 2,700 tanks. If you think the “terrorist threat” in America warrants a domestic armed force of this size, you are out of your mind. This force has been assembled to deal with starving and homeless people in the streets of America.

Note: This was excerpted from ‘As Ye Sow, so Shall Ye Reap’ over at the Institute for Political Economy.

P.S. The future is uncertain, and there are signs out there that things might get worse in the coming years. When markets take a nose dive, most will lose money. That’s why The Daily Reckoning email is delivered every single day to over half a million readers from all over the world. It’s designed specifically to keep you informed on all the most important investment stories currently facing the markets… and offers you several chances to discover real, actionable profit opportunities for yourself. Signing up is completely free, and comes with absolutely no obligation. So you’ve got nothing to lose. Click here now to sign up for FREE.