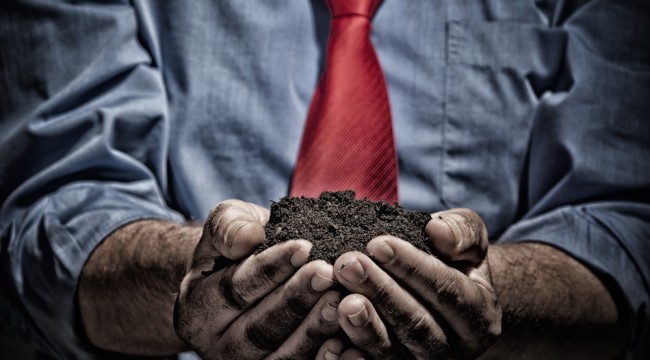 2 Words that Could Keep You Fed During a Food Crisis

And by 2050, the global population is estimated to reach 9 billion.

To keep everyone fed in the future, we’ll need nearly 1 billion hectares of new land…

Those facts raise an important four-letter word. (Yes. That one applies here too… but it’s not the one we had in mind.)

The word we’re looking for is FOOD.

According to NASA and the Food and Agriculture Organization of the U.N. (FAO), over 80% of the land that’s suitable for raising crops is already in use.

That’s a huge chunk, roughly the size of South America.

Fortunately, there’s hope. And of course, it’s far away from the Monsanto machine.

To be sure, it’s not exactly a new idea. Indigenous people in South America have long used vertical growing techniques. Also, the rice terraces of East Asia follow a similar principle.

The term “vertical farming” was coined in 1915 by American geologist Gilbert Ellis Bailey.

Columbia University professor Dickson Despommier brought it back into the public consciousness in 1999. After his students told him his lectures were too depressing, they agreed he should take on a positive project.

In turn, they all took an interest in vertical farming. Together, Despommier and his students found that a 30-story vertical farm in a common Manhattan high-rise could feed 50,000 people. And 160 of those buildings could feed all of New York City. 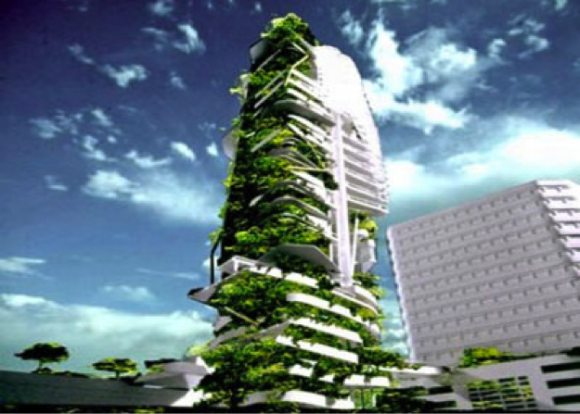 A mock-up of a vertical farming apartment building.

But there’s an added benefit of just saving space.

As you know, Mother Nature can be a… you know. If our weather continues on the path of unpredictability, indoor vertical farms have the added benefit of being sheltered from erratic weather patterns.

One company, Garden Fresh Farms, is leading the way. Their 1-acre building can grow just as many plants as a 100-acre outdoor farm. Also, their aquaponics farm produces tens of thousands of trout and tilapia for fish markets.

And mind you, this is an idea still learning to crawl.

“We live in a period of time between ice ages,” the Garden Fresh Farms founders explained to The Daily Beast. “Our farms prepare us for whatever happens to our climate. We improve access to healthy food anywhere, not just areas with year-round outdoor farming. Since it is local, fresh, and natural, this improves the diets of all customers.

“Because of rising gas prices,” they say, bringing up another pertinent point, “economics will dictate growing food closer to the consumer year round. Our methods are revolutionary to farming.”

P.S. We’ve put our money where our mouth is and partnered up with Survival Life — a team of shrewd experts in survival and preparedness. With their help, we’ve written up a simple step-by-step guide to building your own (non-GMO) vertical garden at home. Readers of today’s issue of Laissez Faire Today received an exclusive opportunity to gain access to this guide for themselves. But that’s just one small benefit of being a FREE Laissez Faire Today reader… By signing up right here, you’ll also gain entry to an entire digital library filled with indispensable info like 4 specific ways to “opt-out” of Obamacare to how to survive the fall of Social Security. So don’t wait. Sign up for FREE, right here to get started.