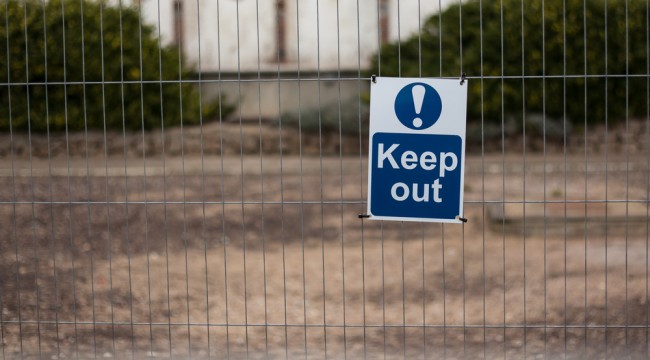 What positive steps can we take? The energy that is now expended by well intentioned, freedom-seeking individuals on the destructive course of politics can be turned into powerful steps that will have a positive effect on the future. All are moral, right and just. None require aggressing. Consider the following…

1. Improve yourself. Perhaps the single most important thing a person can do (before he sets out to improve others) is to improve himself. Become a model citizen. Don’t use government to attack your neighbor, even if you don’t like his dog or the color of his house or the color of his skin. If you want to stop others from aggressing through the political process, start by excising from your own life all vestiges of comfort and support for political aggression.

2. Stop subsidizing your enemy. Stop loaning the government money. Stop thinking you’re profiting by getting a safer return. You wouldn’t loan money to your local car thief to see him through a dry spell. Why would you loan it to the thugs in Washington or Sacramento? Moreover, point out to others that buying T-bills is supporting the muggers and mass murderers in Washington. Pull the drapes back and expose these criminals to the light of day.

Most individuals will never understand that all services are best provided by the free market.

4. Stop doing business with people who support your enemy. Boycott businesses that live on government contracts. Boycott those who lobby for protective legislation. Tell them you don’t approve of them stealing from you through the state.

6. Create parallel mechanisms to replace government functions. A positive step for society is to show that private enterprise is the correct alternative to government monopolies. By creating Federal Express, Fred Smith did more to reveal the insanity of a government mail monopoly than all of the free market politicians who have ever argued for private mail service on the floors of congress.

Most individuals will never understand that all services are best provided by the free market. They do not need to understand the philosophical or intellectual basis for this truth. All they need to do is be given the opportunity to use one or the other. Most of the people who use Federal Express don’t understand that it is superior to the government service because it is operated for a profit and not by coercion. They just know it works.

Spend your creative energies developing products that compete with government. Put it out of business by offering consumers a better product. Think of all of the things we are told government must do. Develop better home, neighborhood and personal defense services, better consumer protection ideas, safer money, more secure retirement plans, better educational opportunities. With the government absorbing more and more of the private sector, the opportunities for successful private competition are exploding.

7. Expose the enemy among us. Instead of talking your neighbors into voting, spend your energy explaining why the political process is their enemy. Talk to centers of influence. Identify the real culprit as the individual who promotes bigger government by secretly lobbying for subsidy or privilege. Expose the businessman who is lobbying for a protective tariff, the defense contractor lobbying for tax dollars, the individual seeking government handouts. Call them what they are, mooches and thieves. Embarrass them. Shame them.

8. Master the issues. Libertarians should master the issues and learn to communicate so they can explain and persuade others. You are the acknowledged master. You have developed simplicity of example and persuasion to an art form. Teach others how to confront the irrational arguments of government advocates.

9. Have the moral courage to confront others. When somebody makes a statement like, “I’m not in favor of government medicine, but we do have to do something to help the poor,” or “even if there are abuses, legalizing drugs is not a serious alternative — we have to enforce the drug laws,” libertarians should never sanction such statist propaganda by silence.

10. Get involved in campaigns designed to enlighten and enrage the public. Speak out against victimless crimes. Support organizations such as The National Taxpayers’ Union, Amnesty International, the Fully Informed Jury Association (FIJA) and Families Against Mandatory Minimums (FAMM). Work with groups that are working against regulations. Put pressure on those who are supporting government intrusion. But don’t get involved in electoral politics. Don’t fight crime by becoming a criminal.

11. Engage in civil disobedience if you are prepared for the consequences. Henry David Thoreau went to jail for refusing to pay a small poll tax. He believed that civil disobedience was a moral obligation. His view of political action as a means of changing government was succinctly stated in his tract, ON THE DUTY OF CIVIL DISOBEDIENCE. “How does it become a man to behave toward this American government today? I answer that he cannot without disgrace be associated with it.”

12. Find ways to avoid taxes. Cut every corner. Make life miserable for a tax collector. Consider using trusts, foundations, tax deferred investments and offshore charities. Your success will be emulated by others, and every dollar denied a thief makes him that much more likely to find another line of work.

13. Pamphleteer. Follow the noble lead of Thomas Paine and Lysander Spooner. Tell it like it is. Inundate the talk shows, newspapers and magazines with rational arguments against government. Let other people who are fed up with Big Brother know they are not alone. But show them there is another way than voting.

14. Write free-market novels and produce free-market movies. Support companies and individuals that bring a positive message to the audience. ATLAS SHRUGGED may have had more influence on the direction of freedom today than all the libertarian political activity since it was written.

15. Consider becoming an expatriate. Stop falling for the ridiculous cultural blather that says, “my country, right or wrong.” Just because you’re born at a place controlled by a particular group of politicians doesn’t mean they are right. There may be places in the world where you can live in greater freedom than in the U.S. Find them. Vote with your feet.

Basically, look for solutions that don’t violate your principles. Design the system to be fully compatible with the laws of human nature. Don’t think you can work around them.

John Pugsley
for The Daily Reckoning

John Pugsley was the author of numerous books and reports on economics, investment and politics, and former editor of John Pugsley’s Journal. Mr. Pugsley authored Common Sense Economics, and in 1980 The Alpha Strategy correctly warned that the United States would experience “the largest deficits in the history of the nation in the next five years” and showed investors how to protect themselves.