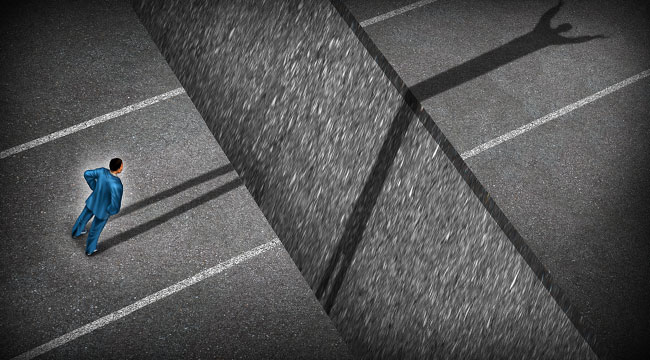 14 Ways the Feds Block Your Access to Life-Changing Innovation

Brazil’s regulators welcomed Airbnb’s couch-surfing home-sharing solution to the shortage of hotel rooms for World Cup visitors. A lot of U.S. regulators aren’t so happy with Airbnb, and similar Web-centric disruptions to traditional controls and taxes associated with the hotel industry. New York City — and Paris to note another — have mounted legal challenges against Airbnb.

Only a few years ago few people, especially in Washington D.C., had even heard of Airbnb. From the perspective of Washington D.C., Silicon Valley itself was long viewed as nerd central. No one thought “you got mail” or “apartment sharing” was transformative.

But the Internet turned 25 this year and not only have email and sharing-based e-commerce (Uber, Lyft, Yelp, Kickstarter, Wikipedia, etc), been recognized, belatedly, as leading indicators of something bigger, but the Valley has emerged as an epicenter of businesses with rising dominance in every corner of society and the economy. Somewhere along the way, the regulatory state awoke to that reality.

There is a long history to such technology trajectories. Consider the apocryphal story about Britain’s Chancellor of the Exchequer and the great 19th century physicist, Faraday — one of the true fathers of electrification. Upon seeing a demonstration of electromagnetic force, the Chancellor, amazed, asked “but of what use is it?” To which Faraday replied: “Why sir, one day you will tax it.”

Taxation is just one, albeit favored, form of how government regulates, constrains and seeks to direct the private sector, especially its “transformative technologies.”

Transformations are ultimately measured by money. Of the 15 most profitable American companies today, four are in tech. Of the remaining 11, four are in finance, just two are involved with oil, two in retail, one pharma and one industrial.

But the ability for today’s innovators to operate, to disrupt, and to make a profit — hype aside, every tech company is eventually measured by profitability — is, like old-school business, impacted by the same regulatory state.

The regulatory regimes include but are not limited to:

1. Taxes –Tech companies are amongst the biggest holders — or for some, “hoarders” — of the $2 trillion in profits languishing offshore due to onerous U.S. tax policies. (The reason, by the way: the U.S., which used to have the lowest corporate tax rate in the industrial world; now has the highest.)

Tech executives were grilled by Congress last year for “avoiding” taxes, including the CEO of Apple, who defended the company’s entirely legal practices. The Affordable Care Act surprised many in tech with its imposition of a tax on software applied to health domains.

2. Consumer services — Now moving far beyond restaurant bookings, taxis and hotel rooms, Silicon Valley innovators are rolling out Web-based alternatives to old models in everything, including medical diagnostics. Airbnb isn’t the only target in what the Atlantic calls Uber Wars: the FDA reigned-in 23andMe’s low-cost consumer DNA services. There will be a lot more.

3. Transportation — Whether in the air with drones or on the streets with autonomous cars, the tech community is abuzz with possibilities. But the regulators, the FAA and Department of Transportation respectively, have grounded the first and put the brakes on the second domain.

4. Privacy — The fallout from the firestorm over Edward Snowden’s leaks of National Security Agency (NSA) activities arguably shifted the focus of the White House’s May 2014 big data report away from the potential for economic stimulus to cyber security, and what the government should do to reign in the private sector (notably, not so much the government’s own activities).

5. Education — MOOCs (massive online open courses) are starting to shake up at least one corner of the traditional education market. One of the leaders in online education, Coursera, recently found itself in violation of Minnesota education regulations.

6. Child safety — Both technology and behaviors have evolved rapidly since Congress passed the Children’s Internet Protection Act (CIPA) back in the “ancient” year 2000. Eight states since have enacted legislation to control the sharing of, for example, student data in the wake of parental worries about information used by companies like InBloom which can deploy analytics to track and help students. InBloom ended up shutting down despite over $100 million in venture investment, including funds from the Gates Foundation.

[T]he ability for today’s innovators to make a profit… is, like old-school business, impacted by the same regulatory state.

7. Ownership — Who owns personal data? It’s about more than your children’s school performance, or your personal health data, or your kid’s behavior (myriad “black box” plug-ins can track your teen driver’s behavior).

Your smartphone knows where you are, where you were, and what you buy. Your Web surfing, or geo-located picture posts, help advertisers, but also reveal a lot about you. And as I write, the Supreme Court is considering whether information found by police in a smartphone amounts to unreasonable search.

8. Intellectual Property — Who owns what kind of company IP? Combine 3D scanners and 3D printers and entire new vistas of copyright and patent challenges emerge, including controls and taxes over the export/import of certain products that can now be shipping virtually as a digital file.

The irony is that tech employees are dominantly Millennials (the average age at Google, Facebook, Amazon and Apple is in the 28 to 33 range), a generation that is famously and proudly inclusive.

11. Immigration — Tech’s biggest players, from Bill Gates to Mark Zuckerberg, are all weighing in on this politically charged issue through all the standard means, including a new lobby group, FWD.us.

12. Energy — Telephones once sipped electricity and could be kept operating for days thanks to vaults filled with old-fashioned car-type batteries. Now smartphones and tablets depend on thousands of warehouse-scale data centers that each inhale city-scale quantities of electricity. The Internet rivals aviation’s energy consumption.

13. Governance — The current system of global Internet governance is now up for debate. When the White House announced (and since punted) a plan to cede control over domain naming and associated oversight to some “international community,” industry insiders, and many in Congress, were surprised to discover the vagueness of the associated legal authorities.

14. Service rights — The center of the debate over “net neutrality” is whether and how to regulate access to the Internet, whether it is a right subject to similar regulation as say water and electricity. It is a quintessential Washington issue: who pays for what, how much authority does a business have over its own assets? Can carriers charge more for fast lanes?

All of these issues are divorced from the technological and economic accomplishments, the conveniences, freedoms, and entertainment that billions of people enjoy because of the emergence of what will soon become the world’s largest infrastructure.

The new reality was captured by one San Jose councilman, who noted that the city at the epicenter of the tech revolution is facing the same crushing public-service pension debts and related political conflicts as other cities: “We’re Silicon Valley, we’re not Detroit. It shouldn’t be happening here.”

It is happening to the tech sector and it’s just the beginning. Brazil might welcome the disruption. Don’t count on the regulators in the old economies to be so welcoming.

Ed. Note: AirBnB, Uber, and Lyft aren’t the only disruptive technologies that threaten to change the way America does business. And if you were a daily subscriber to the FREE Laissez Faire Today email edition, you would have learned of one unique investment opportunity of a technology that could redefine America’s manufacturing sector. Click here and sign up for FREE so you never miss out on an opportunity again.

No one company makes the great tech we love today. can assemble a smartphone from start to finish. From the C-level office suites to the factory floors, it takes the work of many. And it’s these companies that offer huge returns on the latest trends in technology.

Mark P. Mills is CEO of Digital Power Group, a tech and investment advisory, and a Senior Fellow with the Manhattan Institute. He co-authored the energy-tech book “The Bottomless Well,” and his views on Big Data are in a forthcoming book.