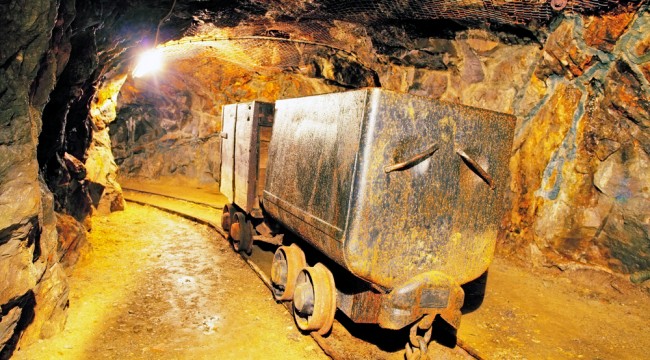 “Over a period of years, our thinking has focused more and more on the issue of reinvestment as the single most critical ingredient in a successful investment idea, once you have already identified an outstanding business.”

I’ve just returned from the Sprott-Stansberry Vancouver Natural Resource Symposium. I expected to find a lot of exuberant resource bulls at the conference.

After all, the natural resource sector is the most bombed-out sector in the market. Many stocks are down 90% — or more. And yet many long-term bulls on the sector were only tepidly bullish on natural resource stocks.

As Eric Fry, our MC (and editor of The Non-Dollar Report), quipped, maybe they’re waiting for the stocks to drop 92%.

In my talk, I applied what I’ve learned studying stocks that have returned 100-to-1 over the last 50 years or so. (My book 100-Baggers is out now in PDF but will be available in hardcover in September.) The most important principle is that a firm earns a high return on capital and — this is crucial — has the ability to reinvest profits and earn those returns again and again.

The question is are there such stocks in the natural resource world?

One such example I talked about was Royal Gold. It has a wonderful business model. It doesn’t mine gold itself. It has just 20 employees. A Steve Bregman at Horizon Kinetics (a large money management firm and a shareholder in Royal Gold) put it:

It collects royalties from mining companies for which it helps to fund mine development.

In exchange for that funding, Royal Gold gets to buy a given proportion of a mine’s output for an extended time frame, say, 30 years or for the life of the mine, but at a discount.

When gold was trading for $1,200 an ounce last year, Royal Gold wrote contracts granting it the right to purchase future production at $400 an ounce — that’s a two-thirds discount.

This allows for a high return on capital. Royal Gold has also reinvested profits in new royalties. The end result you can see in the stock.

The gold mining sector has suffered a lot of pain. The GDX, a popular ETF of larger gold miners, is down 72% over the last five years. The GDXJ, made up of smaller miners, is down 82%.

And yet Royal Gold’s stock is up 13%, excluding dividends. The figure itself is not high, but against the backdrop of gold miners, it is astonishing. It shows you the power of a great business model in a hostile environment.

If you want safer exposure to natural resources, then I recommend you look at the royalty companies. The biggest of these are Royal Gold, Franco-Nevada and Silver Wheaton. There are a number of smaller royalty companies out there as well. I plan to give all of these stocks another look.

Another example I talked about was Input Capital (INP:tsx-v).

Input Capital is in the canola streaming business. Input funds the working capital needs of farmers to pay for things such as seed or fertilizer. In exchange, Input earns a certain tonnage of canola at a discount to the market price — much like Royal Gold’s ability to purchase future gold production at a discount to the price of gold.

Input is debt-free, growing 30% per year and earns a high return on its capital. (Insiders own 20% of the stock, fully diluted.) Input also has the ability to take all of its cash earnings and reinvest them in new canola streams.

Currently, Input has C$90 million invested in 78 streaming agreements. It started with 10 in 2013. There are more than 40,000 canola farmers in Western Canada. Input only needs around 400 and it will be a C$10 stock someday.

The firm began trading in 2013. The company did its first funding at a C$1 per share. It opened in the public markets at C$1.60 and today trades for C$2.48 per share. Again, you can see the power of a great business model.

Investing in these types of companies makes time your friend. The longer you’re in the stock, the better. This is not true for most resource companies. It’s as Mencken once said about marriage:

Men have a much better time of it than women. For one thing, they marry later; for another thing, they die earlier.

At the conference, there was also plenty of grist for the speculators.

There was a long list of CEOs of junior miners. These stocks often trade for less than a dollar. They have no or minimal cash flow. And they usually face heavy development costs. Playing the junior space is like throwing dice.

My favorite among the ones I saw was Robert Friedland’s Ivanhoe Mines. The best summary I heard was this: “Ivanhoe’s worst asset is the best zinc deposit in the world.”

Robert Friedland is a legend in the natural resource space. He is a great salesman and financier. And he’s assembled a world-class collection of assets in Ivanhoe, a company with a market cap of $436 million. The stock is 56 cents this morning, up 5% as it enjoys the afterglow of Friedland’s riveting talk. The man could talk you into having a lifeguard at a carwash.

But there is no denying the quality of Ivanhoe’s assets. It has three world-class deposits that could be worth $4 billion altogether. The problem is they require billions to develop. With Friedland at the helm, though, I wouldn’t bet against him.

Later, on a panel of six, four of us named Ivanhoe as our favorite speculation in the sector. Rick Rule, a legend himself in the resource sector and the moderator of the panel, said that you can lose a lot of money on Ivanhoe, but you could also make a “stupid amount of money” if it works.

I heard Steve Sjuggerud, the editor of True Wealth, make a simple observation that seemed to stick with people, as I heard it repeated a couple of times. If a stock falls 95% and then doubles, how far are you down from your initial entry price?

That’s just math. But it does hint, possibly, at the upside in some of these pounded names.

Ivanhoe, for example, could triple and would still be down two-thirds from where it was in 2013.