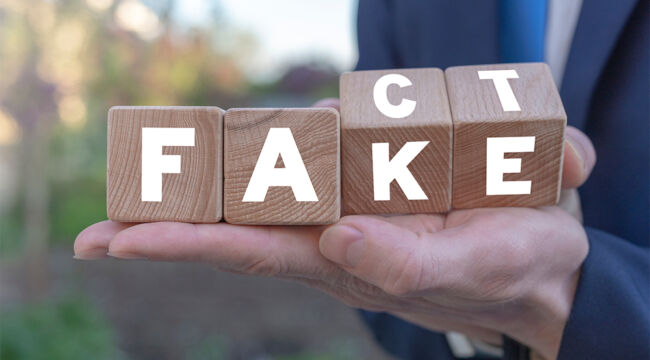 I doubt there is another era in the history of Western Civ when the forces in motion acting on society were so mystifying to those acted upon.

And isn’t it especially galling that this is so in an age after rational scientific practice had decoded so many of nature’s secrets? Did that project somehow fail in the end? Has the Enlightenment been defeated? How have we become trapped like frogs being boiled haplessly in our own pond water?

Maybe, maybe not, but that’s where we are today.

Now, barreling down to Christmas and the bitter butt end of a bad year, a primal fear of the deepening darkness makes people desperate — another reminder that human nature has not changed so much in 10,000 years, despite the discoveries of Prozac and plant-based meat.

Yet Freud was right: Death has its attractions for tormented minds. Thus, our nation appears to hasten to its own funeral.

Can anyone actually grok how “progressive” thinking works these days? This faction now in charge of so many things has decided in the starkest terms that freedom of speech has got to go.

For some years, they’ve achieved such exquisite control of all national debate by seizing the dials and toggles of social media that they made reality itself their hostage. The truth was only what they said it was, and anyone who said otherwise got banished, canceled and even destroyed.

There seemed to be no way to overcome this death grip on the process of consensus, the formation of a coherent collective idea about what is going on in the world. And so any number of scams could be run on the people of this land.

The Woke-Jacobins could rig elections in plain sight. They could surreptitiously suspend due process of law when it suited them. They could send national police thugs to your door at five-o’clock in the morning with riot guns, body armor, flash-bangs and bogus warrants.

Yeah, I realize that sounds extreme and will offend many. But you know what? It’s the best explanation, based on everything we’ve been forced to endure.

And now a struggle ensues over the relationship between the truth and the making of a consensus. Elon Musk bought Twitter — the horror! — and methodically set about to liberate this new digital “public square” from insidious and nefarious manipulation.

It’s not a trifling matter, of course, but it’s amusing to watch Elon play with our nation’s overlords; and even more entertaining to see these tyrants strain and bluster to justify their war against free speech.

How did the cognitive elite, America’s thinking class — the law professors, the editors and pundits, the public intellectuals, the managers of most everything — ever find themselves so self-owned in idiocy?

I wish I’d been a fly on the wall in that meeting midweek between Elon Musk and Tim Cook, the CEO of Apple — the very same week that Apple disabled the AirDrop function on iPhones in China (slyly, by means of a new OS update), making it more difficult for street protesters to coordinate their movements against CCP lockdowns.

Rumors were flying days before that the Lords of Tech would pull on Twitter the same kind of treatment they dealt to Parler two years ago, a then-rising rival app for internet chatter that threatened to open up free debate.

Apple and Google took Parler out behind the woodshed and shot it in the head — and nobody could do a damn thing about it. I have a hunch that Elon explained a few things to Tim Cook that made him think twice about another move like that. 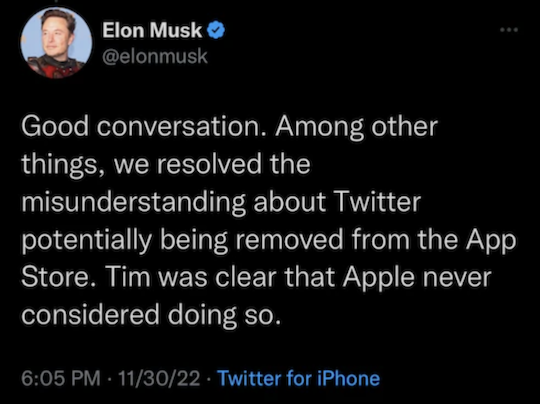 Twitter is different than the upstart Parler was. Twitter was already established as the authorities’ official arbiter of approved thought in America. Under the old boss, Jack Dorsey, Twitter accomplished its thought-management ends with a staff of a thousand mini-Stalins rooting out anything that smelled like opposition to the official narratives. (Elon fired the whole lot of them in short order.)

It has been revealed since then that Twitter carried out censorship at the aggressive prompting of U.S. Deep State officialdom — the nagging, twanging and strong-arming by bureaucrats from many federal agencies.

Who knows (not yet, anyway) how many Twitter censors were actually put in place by the government?

Free Speech Is Unsafe for Our Democracy

So now, one big truth has come nakedly into the open: The “progressives” are at war with the First Amendment to the Constitution. Free speech, they say repeatedly now, makes our democracy unsafe. It can’t be allowed. And it’s funny, our democracy only means what progressives say it means. It’s only democracy if they have their way.

They say that because they don’t have a better argument. The safety talking point is a shopworn cliché from their grab bag of Woke shibboleths that the public is sick of hearing. Anyone with half a brain can see how transparently dishonest and stupid it is. It’s not going over well, even among a people so sorely gaslighted as the USA in late 2022.

Speaking of what is safe and what is not safe, one of the main deceptions the past three years has been the suppression of information about the COVID-19 “vaccines” that were foisted on the population — for many, made a requirement to earn a living.

The pre-Musk Twitter worked strenuously to bury any data and all news that suggested the Pfizer and Moderna mRNA vaccines were disabling and killing people. The tension between truth and lies has now reached a breaking point, with so many suspicious “all-causes” deaths coming to the public’s attention.

This is what the authorities are really afraid of: that the people will learn their government has carried out — by epic incompetence or true malice — something that looks like an attempted genocide.

What will happen to them if the people finally figure it all out? Well, they might just learn that pitchforks aren’t only good for pitching hay.