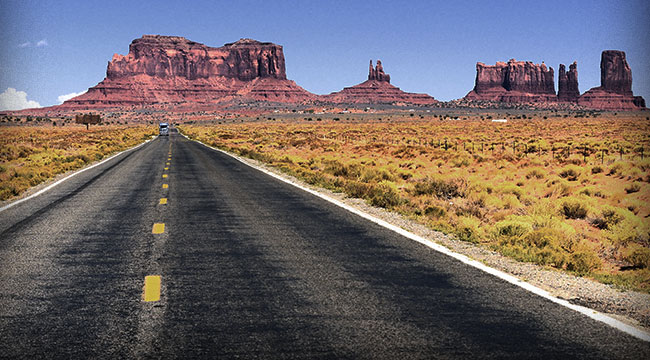 Where (in the States) Can You Find Freedom?

If you’re looking for freedom, which state should you live in? Government oppression at the state level comes in various forms and levels. Since Galt’s Gulch doesn’t exist, people must prioritize the state intrusions they can live with. For those valuing freedom, the Mercatus Center at George Mason University is providing a new “Freedom in the 50 States” report providing a clue on where to live.

Alex Pareene writing for Salon.com scoffs at the report because “Mercatus doesn’t take reproductive rights into account at all.” Mr. Pareene is quick to point out that Mercatus is “Koch brothers-affiliated,” as if that were all one needed to know. Throughout his piece, he puts the word freedom in quotation marks, not so subtly telling the reader the Mercatus definition is bunk.

Pareene believes that low taxes, less government, and personal liberty are not the criteria to judge freedom for ordinary people. The Salon political writer concludes, “It is a very obvious observation but it is still the case that Americans — and people everywhere else — have generally decided that they don’t mind a bit of taxation in exchange for a more humane and fairer society.”

According to Pareene, lots of people live in New York and California because those governments provide mass transit to all and food and shelter to the poor. Taking from one group to give to another; that’s what he calls freedom. These two states came in last and next to last, respectively, in the Mercatus study. The fact that California has more people living there than any other state and that New York has the third highest population convinces him that his view represents the average guy’s. Meanwhile, in his view, the Mercatus report only represents the views of the wealthy and powerful.

Of course, if he were right, all wealthy and powerful people would be living in North and South Dakota, which finished at the top of the report’s rankings. Gee, I think most billionaires live in New York and California. The Golden State has more members (87) of the Forbes 400 living there than any other state. New York has 67 living there — including a Koch brother! The number of billionaires living in North and South Dakota? Zero. Tennessee, Oklahoma, and New Hampshire, which complete the top five for freedom, have a total of 11 residents on the Forbes list.

A Koch brother lives in Kansas, which ranks 26th on the Mercatus scale. The Sunflower State is ranked a dismal 37th in fiscal matters, but comes in a respectable 13th in personal freedoms. How do California and New York stack up in the all-important personal area? The Left Coast state comes in 47th and the East Coast state comes in 48th.

Personal freedom is a third of the overall index and includes areas such as victimless crime, gun control, tobacco and alcohol, marriage, marijuana, asset forfeiture, civil liberties and gambling.

New York and California have significant location advantages to account for their big populations. The weather is not bitterly cold much of the year like in the Dakotas. In fact, the weather in most of California is downright perfect. Having seaports and established infrastructure is a plus for both states, as well.

Besides, as populations are shifting, people are not streaming into high-tax, low freedom states. The top five outbound states for 2012, according to United Van Lines, were New Jersey, Illinois, West Virginia, New York, and New Mexico. Almost all of these states are ranked at the bottom of the barrel by Mercatus, 48th, 45th, 42nd, 50th, and 21st, respectively.

Not coincidentally, none of these states is a right-to-work state. Right-to-work laws prohibit union agreements that govern to what extent a union can require employee membership, payment of union dues, or fees as a condition of employment, either before or after hiring.

National Institute for Labor Relations Research points out that none of the 14 states suffering the highest net out-migration last year were right-to-work states.

The 10 states shown here had the most severe net domestic out-migration from July 2011-July 2012 in percentage terms. Not one has a right-to-work law. Image credit: theatlantic.com

On the flip side, people are relocating to the District of Columbia, Oregon, Nevada, North Carolina, and South Carolina. D.C has not been rated by Mercatus. The other four came in 28th, 20th, 24th, and 15th, respectively. The capital has ranked first for the past five years of United inbound “States.” This is a testament to D.C’s job creation capabilities, not its freedom.

Pareene contends that right-to-work laws are not libertarian, but instead are pro-business. These laws, according to Tim Carney, “interfere with the right of contract and they bar certain consensual economic arrangements — specifically, they bar employers from agreeing to hire only union workers.”

He leaves out the part about the National Labor Relations Act, by the force of law, requiring closed shops, in which employees working at unionized workplaces must be members of the union as a condition of employment.

All right-to-work laws do is marginally level the playing field. Mr. Pareene contends, “So this is how the Mercatus Center defines freedom: the right of people with money to keep it all, and for everyone else to [****] off. Almost any Liberty issue that wouldn’t concern a straight, white, male capitalist is wholly ignored.”

Certainly Pareene would agree that the personal freedom issues we mentioned earlier concern everyone. So how do the top five states stack up? North Dakota ranks No. 20 for personal freedom, South Dakota No. 46, Tennessee No. 24, Oklahoma No. 28, and New Hampshire No. 5.

As mentioned, all of these states rank better in this category than Pareene’s beloved California and New York, which came in at Nos. 47 and 48. The rest of the bottom five, New Jersey, Rhode Island, and Hawaii, were ranked 42nd, 33rd, and 45th for personal freedom.

“New York and California, though, are super-nice, even though we confiscate more money than North Dakota,” writes Pareene. Super-nice is New York except the tobacco laws are “extremely strict,” “cigarette taxes are the highest in the country,” “motorists are highly regulated,” and “home-school regulations are excessive.”

Meanwhile, California, according to Mercatus, “not only taxes and regulates its economy more than most other states, but also aggressively interferes in the personal lives of its citizens.” The state has “the strictest gun control laws in the country” and “a high incarceration rate” and “travel freedom is low.”

In Pareene’s perfect world, the wealthy are forced to set everyone else free from worry and need with offerings to the state. Meanwhile, the less privileged would have a safety net, courtesy of government force, but must live under the state’s oppressive thumb.

I hate to break it to Mr. Pareene, but that’s not freedom. It’s tyranny.

Uncle Sam is Coming For Your IRA

One of the advantages of 401(k)s and traditional IRAs is tax deferral. But eventually Uncle Sam will come calling for you. RMDs can be a real hassle and take a significant chunk of your hard earned funds, but there are ways to limit the impact of RMDs without arousing the ire of the IRS.