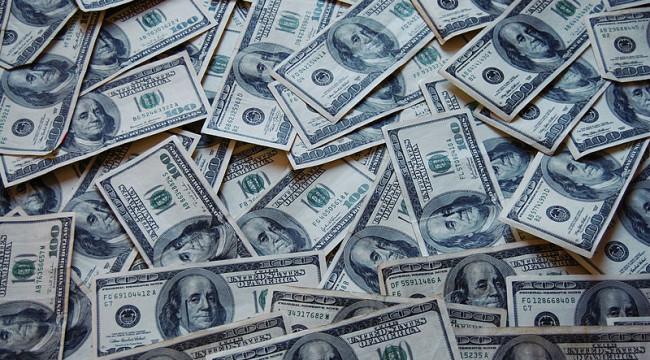 When Cash Is Outlawed... Only Outlaws Will Have Cash

BALTIMORE – Harvard economist Larry Summers is a reliable source of claptrap. And a frequent spokesman for the Deep State.

To bring new readers up to speed, voters don’t get a say in who runs the country. Instead, a “shadow government” of elites, cronies, lobbyists, bureaucrats, politicians, and zombies – aka the Deep State – is permanently in power.

[Bill has spilled a lot of ink warning Bill Bonner Letter readers about the Deep State and how it controls almost every aspect of your life. Paid-up subscribers can catch up here on the December and January issues.]

Put simply, it doesn’t matter which party is in power; the Deep State rules.

Want to know what the Deep State is up to now?

“It’s time to kill the $100 bill,” he wrote in the Washington Post (another reliable source of claptrap).

The Deep State wants you to use money it can easily control, tax, and confiscate. And paper currency is getting in its way…

France has already banned residents from making cash transactions of €1,000 ($1,114) or more. Norway and Sweden’s biggest banks urge the outright abolition of cash. And there are plans at the highest levels of government in Israel, India, and China to remove cash from circulation.

And here is Mr. Summers in the WashingtonPost:

Illicit activities are facilitated when a million dollars weighs 2.2 pounds as with the 500 euro note rather than more than 50 pounds, as would be the case if the $20 bill was the high denomination note.

He proposes “a global agreement to stop issuing notes worth more than say $50 or $100. Such an agreement would be as significant as anything else the G7 or G20 has done in years.”

What makes Mr. Summers so confident that a ban on Ben Franklins would be a good thing?

It turns out that a research paper – presented by Peter Sands, the former CEO of British bank Standard Chartered, and published for the Harvard Kennedy School of Government – says so.

“High denomination notes,” said the report, “play little role in the functioning of the legitimate economy, yet a crucial role in the underground economy.”

While he was CEO, New York’s top financial regulator threatened to strip Standard Chartered of its banking license. It claimed the bank “schemed” with the Iranian government to hide at least 60,000 illegal transactions – involving at least $250 billion.

Here at the Diary, we don’t pretend to know how to improve the world. We just know what we like. And we don’t like other people telling us what to do.

Last year, we traveled all around the world. We went where we wanted to go. We did more or less what we wanted to do. Rarely did we feel that someone was bossing us around.

But back in the USA…

“Take your belt off. Take your shoes off. Anything in your pockets? Take it out…”

This morning, walking through the park, we found this sign:

Curb Your Pets
Not just a courtesy to your neighbors
IT’S THE LAW
People who insist you follow their ideas are always the same people whose ideas are idiotic.

“Always do the opposite of what they tell you do,” said a friend in France whose father was mayor of a small town during World War II.

“There had been ‘an incident.’” he explained. “I think the Resistance had killed a German soldier in the area. It was that time, late in the war, when the Nazis were retaliating against civilians. So, they told my father to get everyone in town to assemble in the town square.

“Instead, my father told everyone to run for the woods. They all did. They were lucky. They survived the war.”

And now, Mr. Summers wants us to bring our cash to the town square.

Instead of $100 bills, he wants to force us to use electronic notations faithfully recorded in a federally regulated bank.

Have you ever seen one of these “electronic dollars,” dear reader?

We have not. We don’t know what they look like. And we’re deeply suspicious of the whole thing.

The European Central Bank and the Bank of Japan – along with central banks in Denmark, Sweden, and Switzerland have already imposed a negative interest rate “tax” on the accounts commercial banks hold with them (known as “reserve accounts”).

These central banks are hoping banks will pass on this new tax to their customers.

This has already happened in Switzerland…

Essentially, ABS is charging its customers to keep their money on deposit.

Governments abolish cash. You have no choice but to leave your savings on deposit. And you’re forced to pay banks for storing your money.

Banks are not really storing “your” money at all. A bank deposit is an IOU from your bank. There is no vault cash backing it up… just 1s and 0s on a database somewhere.

If the bank decides not to give you “your” money, you’re out of luck.

It’s as though someone offers to store your cherry pie. Then he goes and eats the pie, promising to give you one just like it when you want it. He then has the cheek to charge you every month for “storing” the pie.

And when you want it, he won’t be able to give it to you. “I don’t have any baking powder. You’ll have to come back tomorrow,” he says.

Or, “I’m sorry. But the federal government has declared cherries an endangered species. I’m not allowed to give you your pie back. It was very tasty, though.”

How much could this electronic pie be worth anyway… if you have to pay someone to eat it for you?

When you have to pay someone to take it off your hands, you can imagine how much your money is really worth.

And when your bank – or the Deep State – wants to confiscate your money, who will stop it?

At least if you have your money in cold, hard cash, they will have to come and physically get it from you. When it is “in the bank” – existing as nothing but electronic account balances – all they have to do is push a button.

That’s what happened in Cyprus. The banks were going to the wall. So, they confiscated deposits to help make themselves whole again.

Who will stop the same thing from happening in America?

When cash is outlawed… only outlaws will have cash. And we intend to be among them.