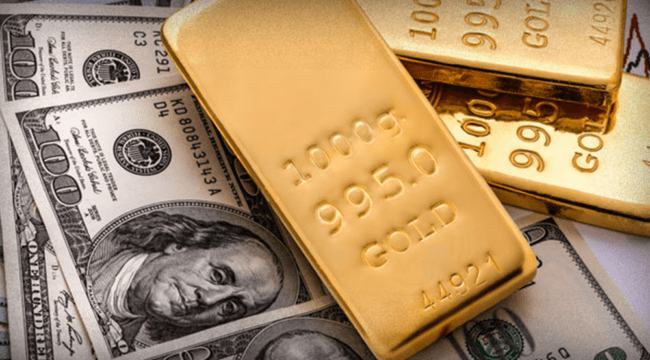 The gold market — at least the paper gold market — has seen a lot of volatility recently. Gold lost about $80 between August 5 and August 8 before rebounding. Gold gained over $22 today, by the way, to close at $1,753.

Many gold investors are panicked after the recent mini-crash. But today, I want to show you why the case for gold is still intact and why the recent tumble is just a bump in the road.

You shouldn’t let the mini-crash obscure a broader reality. You need to focus on the big picture, not the short-term fluctuations.

Gold has mostly moved sideways for almost a full year.

Gold Has Been Boring

As of last Friday, gold was $1,803 per ounce, almost the exact center of the range. The 200-day simple moving average was $1,825 per ounce, also close to the central tendency.

Daily volatility provides some fireworks, but longer-term volatility is low, as indicated by the proximity of the central tendency, moving average and current price. It may be too much to say that gold price action has become boring but based on this price history, we have to admit: it is boring.

On the other hand, ten months is a long period to remain range-bound especially given the volatility in stocks, bonds and other commodities; (lumber tripled in price and then fell by more than half from the peak in a matter of weeks this spring).

Still, gold is not a stock, bond or commodity. It’s money. It’s not official money, but it’s money.

The U.S. dollar is another form of money. What does it tell you when the relationship between gold and dollars (as expressed in the dollar price of gold) is so stable for so long?

The Calm Before the Storm

There are two possibilities. The first is that a stable equilibrium has been reached between the two best forms of money. The second is that trouble is brewing beneath the surface and the apparent stability is simply the calm before the storm.

I lean toward the latter view.

Ironically, the greatest leading indicator of high volatility is low volatility. Unless a true equilibrium exists, there’s no reason the dollar/gold cross-rate should be stable.

Given the pressures on the dollar from interest rates, inflation expectations, global capital flows, pandemic fears, political dysfunction and slowing growth, there’s no reason that a stable dollar price of gold should persist.

The challenge for analysts is to ascertain when the break will come and which direction it will take.

The stability we have observed over the past ten months has a straightforward explanation. An inflation narrative has taken hold with respect to the U.S. economy and U.S. price indices.

The conventional wisdom is that the economy is booming because of Biden stimulus payments. Meanwhile, output is constrained by supply chain disruptions and labor shortages, and the Fed is printing trillions of dollars in new money.

This toxic combination will cause higher prices and higher interest rates to fight inflation. The higher rates will result in a stronger dollar and lower dollar price for gold.

But is the conventional wisdom right?

In fact, the opposite seems to be playing out. Fed money printing is not moving into the real economy; it’s stuck in excess reserves at the Fed.

Fiscal stimulus does not have a stimulative effect because fear of high debt levels and continuing weakness in the economy is resulting in sky-high savings rates, so-called precautionary savings.

The labor shortage is a mirage because there are tens of millions still unemployed. Any shortages are due to employers’ inability to pay higher wages due to a continuing weak economy.

A new wave in the pandemic is slowing growth even more with new lockdowns and quarantines. Supply-chain problems appear to be temporary and are already starting to clear up. Markets recognize this weakness and have caused U.S. interest rates to plunge.

This explains why gold prices have moved in a range because interest rates on 10-year Treasury notes have also moved in a range of 1.00% to 1.75% since early January. Today, the 10-year yield is 1.32%, close to the middle of the range.

Gold prices and interest rates have moved inversely within their respective ranges all year. I am a strong proponent of the disinflation counter-narrative and coming lower rates.

There’s something even more important than the inflation/disinflation debate going on that hasn’t gotten much attention.

Early Stages of a Financial Panic?

We may be in the early stages of a financial panic caused by a global shortage of high-quality dollar collateral (mostly in the form of Treasury bills) and a resulting contraction in large bank balance sheets (because they don’t have good collateral they can leverage for cash).

Such panics can unfold slowly and out of the view of the mainstream media for a year or more before they burst into view. The Russia-LTCM panic of September 1998 started in Thailand in June 1997. The collapse of Lehman Brothers and AIG in September 2008 started with mortgage delinquencies in late 2006 and early 2007.

It took a year for both panics to erupt.

Only professionals and experts see the signs. Most investors realize there’s a panic when it’s already too late to protect themselves.

If a new liquidity crisis is underway (and there are signs that this is the case), then we should not be surprised to see it turn into a full-scale panic and possible market collapse late this year.

The Scales Tip in Gold’s Favor

If that happens, stocks will crash, rates will plunge, Treasury bond prices will soar, and the dollar will initially rally based on a flight-to-quality trade. Gold’s reaction in this scenario is also predictable.

In a crisis, gold initially drops as weak hands sell to raise cash to meet collateral calls on losing positions. Then the strong hands emerge and bid up the price of gold as the ultimate safe haven.

In this scenario, gold and the dollar do not move inversely. Instead, they both move higher (gold prices rise even as the dollar gets stronger against the euro, yen and sterling) due to panic conditions and the flight-to-quality.

Today’s calm market is the best time to acquire gold in preparation for what could be a tumultuous fall and winter to come.

The equilibrium is about to be broken, and the balance of forces favors gold.