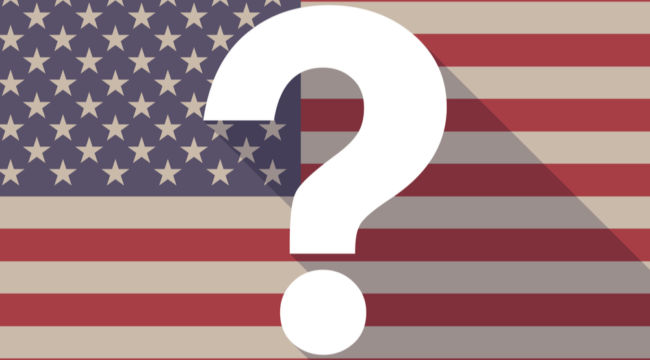 But average real hourly pay (adjusted for inflation, that is) has barely increased 13% over 45 years.

Is it coincidence that Mr. Bonner selects the year 1971 to draw a contrast?

It is no coincidence in the least.

The Fiat Dollar and Globalisation

In August 1971, old Nixon slammed shut the gold window… and the gold standard was no more.

The gold standard, a shell in its dying days, nonetheless kept the balance of trade in a range.

America no longer had to produce in exchange for goods… or fear for its gold.

But under the new dollar standard America could eat by the sweat of others’ brows — without perspiring a bead of its own.

Scraps of paper, rolling off an overlabored and groaning printing press, were its primary production.

The international division of labor was suddenly opened to hundreds of millions, particularly peasants from the labor-rich fields of China.

It contains much justice — poor men do not open businesses. They do not furnish employment to others. They do not put bread in mouths.

But because of the massive distortions in today’s economy, the sparrows have largely starved.

Meantime, the Federal Reserve’s false fireworks have pushed the stock market to record heights — even with the recent blood and thunder trade war drama.

The artificially inflated market has put the asset-owning classes in easy waters.

But the Main Street economy has rubbed along at a lilting 2.1% annual pace.

By 2030 alone, they believe it could yield an additional $16 trillion to global GDP. They further claim 40–50% of human occupations will be subject to automation over the next 15–20 years.

These occupations are not limited to trucking, taxi driving or manufacturing and construction.

To these we must add white-collared jobs in law, finance, medicine, accounting, etc.

What will become of the attorney at law, we wonder — and the human conductor of the ambulance he chases?

We are unconvinced automation will proceed at the projected gallop its drummers claim.

But suspend all assumption for the moment. And drive on to the inevitable question:

For Schumpeter, capitalism was the “perennial gale” of creative destruction. Capitalism blows away the old and inefficient. It brings in the new and improved.

There you have it. Here is progress itself. All because capitalism’s creative gales flattened everything in sight.

The obvious benefits of capitalism are why most focus on the “creative” side of the ledger.

But an omnipotent robot would likely lead the human laborer to the end of the chapter.

A robotic brute that can drive home a rivet is one thing. But a genius robot that could do anything a human can do — yet better — is another entirely.

An Aristotle, a da Vinci, an Einstein wouldn’t rise to its hip.

What human ability would lie beyond this unnatural beast? Artistic expression?

The robot is all brains… but no soul. No, the kingdom of the arts belongs to man alone.

Well, please introduce yourself to Aiva…

Aiva is a computerized composer. Programmers battered its ears with the music of Bach, Beethoven, Mozart and other colossi of the classical canon.

Avia learned, and taught itself to compose original music.

Its music is indistinguishable from a carbon-based professional’s. Its melodies have been featured in cinematic soundtracks, advertisements and computer games.

There are the jobs displaced, yes. But what about the general community?

Capitalism puts out its tongue at tradition. It uproots communities. It swings the human being around hairpin turns of social and technological change… like a dizzied fly upon a wheel.

A generation later the factory goes dark as creative destruction blows the jobs clear to China… or Vietnam… or wherever labor is cheapest.

Americans must constantly rip up themselves and their families to follow the jobs — they can sink no roots into the local topsoil.

Not everyone can take up new lines. Many are simply left behind, broken… and can never catch up.

Please, do not throw a false label upon us. We are heart and soul for capitalism — authentic capitalism, that is.

But today’s capitalism is but a faint reflex. The central banks have sucked the life from it.

But the river of progress carries forward, as it must. And yes, it must.

Then you must believe the man who tamed fire should himself burn eternally damned. That the inventor of the wheel you must set down as a colossal villain…

That Ford should have been flattened by an auto. That  Franklin fried in an electric chair. And that Salk should sulk in timeless grief for scotching polio.

If this is your case, please drive on. We disagree… with the highest respect.

But let us recognize the advancing river of progress sometimes takes the human note with it. And not all change is progress.

Within the cold and lifeless economic data, behind the dense forests of statistics, exist living human beings with beating hearts.

To these, our fellow Americans…

We lift a toast of acknowledgment on this Labor Day weekend…