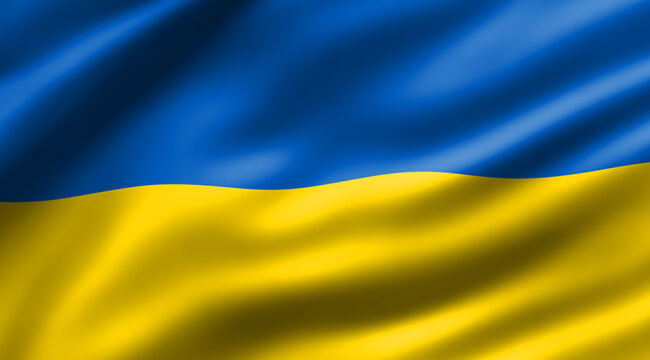 There’s plenty to discuss, from the Fed to inflation to the supply chain issues.

Why? Because Ukraine is the spider in the spider web of the global economy.

Ukraine affects geopolitics, geo-economics, energy and food shortages, supply chains and the desire of many countries to escape U.S. dollar hegemony. It may even potentially involve nuclear war.

That’s why the United States has taken such a strong post-Cold War interest in Ukraine — a region of Eastern Europe no American president would risk a drop of American blood over until the Berlin Wall fell.

Russian success in Ukraine would lead to a new international monetary system through its allies in the BRICS+, the Shanghai Cooperation Organization and the Eurasian Economic Union.

On the flip side, Russian failure in Ukraine would lead to a strengthened world economic order with the U.S. firmly in charge. NATO would be ascendant.

Where things stand today, either outcome is still possible. Much will depend upon the next few months. With that as background, let’s dive into the analysis…

First, a note on sourcing. Winston Churchill famously said, “In wartime, truth is so precious that she should always be attended by a bodyguard of lies.” That was true in World War II, and it’s no less true today.

The U.S., U.K. and EU will lie. So will Ukraine. So will Russia. That’s our starting place in any analysis.

Still, lies are valuable. They reveal what the sources are really concerned about. If you weren’t concerned about something, why bother to lie about it? Based on the lie, you can know what matters.

From there, you can use inferential methods to assume the topic of the lie is important and the opposite of the lie is probably true.

You can update your inference with what’s called all-source fusion; basically, using other intelligence sources to tweak the initial inference in one direction or another.

If enough evidence accumulates, you quickly get to a point where you can give a high probability to a certain state of affairs, even if it’s quite different from what the media are telling you.

All-source fusion can include comments from retired military and intelligence officers who have good contacts among former colleagues and who are not afraid to speak the truth because their careers are no longer at risk.

It can also include informed sources from neutral countries like Switzerland, and former U.N. peacekeepers who were on the front lines in the Donbas region of Ukraine.

Sometimes we even gain insights from what’s called pocket litter. These are scraps of paper or other objects from the clothing of prisoners or casualties that may have maps, phone numbers, notes and other commentaries on the war that provide insights not otherwise available.

But pocket litter can be used for counterintelligence. Sometimes a body is left with fake maps and battle plans in the jacket pockets intended to be discovered by the enemy.

Now you see why intelligence work is referred to as the wilderness of mirrors. You can’t trust anything to be as it appears.