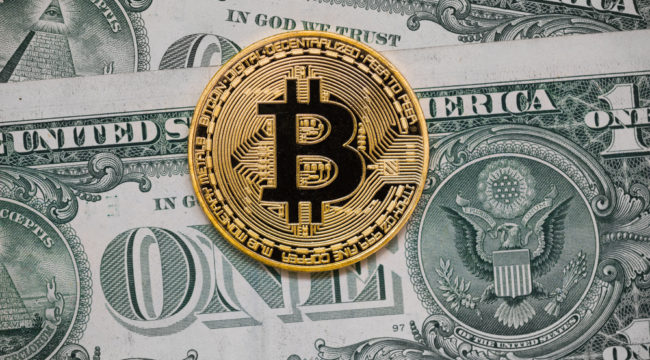 The Only Way Bitcoin Becomes Money

“In high school,” begins our co-founder Bill Bonner, “we learned that anything can be used as money.”

“In 2017,” he continues with wry bewilderment, “bitcoin proved it.”

Is bitcoin now a viable form of money… or merely an asset like a stock, a bond… or a Star Wars action figure?

(It has come to our flabbergasted awareness that this 3.75-inch chunk of molded plastic recently sold for $27,000): 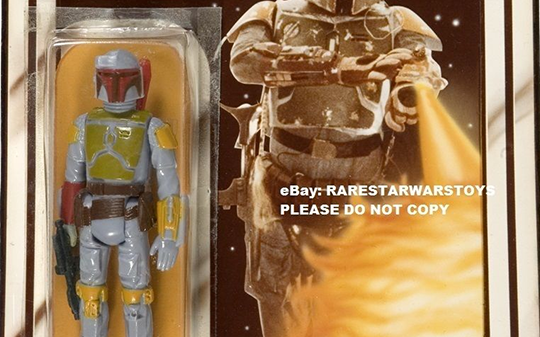 But returning to our question:

Is bitcoin money… or not?

Our agents inform us that over 100,000 diverse merchants worldwide now accept bitcoin.

Assume for the moment you own bitcoin. Assume further that you wish to put it to productive use.

Consider the options before you…

Winter does not suit you and you’d like to escape the iron cold gripping the nation.

You may be pleased to know that Expedia accepts bitcoin…

Bitcoin is burning a hole in your pocket. But you despise shopping at the mall.

Fortunately for you, Overstock.com accepts bitcoin…

Do your tastes in groceries run to the sniffish?

Whole Foods is your place. It accepts bitcoin (via gift card from Gyft).

Nor is bitcoin acceptance limited to junket organizers, online cheapjacks or snooty grocers.

Bitcoin Real Estate (that’s correct) lists 29 pages of properties around the world… exclusively for purchase with bitcoin or other cryptocurrencies like ethereum or litecoin.

“It is evident,” affirms Business Insider, “that we won’t have to wait very long to see cryptocurrency as a globally accepted means of payment.”

Are cryptocurrencies like bitcoin rapidly becoming a globally accepted form of currency?

A fellow answering to the unimprovable name Iqbal Gandham is U.K managing director at the trading platform eToro.

It must reach the $1 million mark.

If bitcoin can’t crack a million, says he, it will not become a viable form of money.

MarketWatch conducted an interview with Gandham. From which:

To understand why is to understand the tiniest component of bitcoin — the Satoshi. Named after the purported creator of bitcoin, Satoshi Nakamoto. A Satoshi is equal to 0.00000001 bitcoin.

Satoshi’s value in dollars equated to $0.0000356819 at last check. Gandham argues that a Satoshi needs to be equivalent to a single penny, which it would when one bitcoin is worth $1 million.

Only if bitcoin is $1 million would one of these “Satoshis” be worth the requisite penny.

“It is the Satoshi with which people will buy a cup of coffee,” Gandham told MarketWatch. He said using bitcoin now to purchase goods and services, as one would with dollars, isn’t feasible because bitcoin hasn’t reached the necessary economies of scale.

It would have to multiply nearly 70 times to equal $1 million…. and for one Satoshi to equal one penny.

Is 70 times completely out of court?

Not according to our own James Altucher.

Regular readers may know James announced on CNBC his prediction that bitcoin would “easily” strike $1 million by the end of 2020.

But as a software coder and former hedge fund manager, James brings a professional’s eye to the business.

This is no September 1929 shoeblack gushing stock picks on the corner of Wall Street and Broadway.

And at current rates, James believes $1 million bitcoin by the conclusion of 2020 is a viable outcome.

Why is James so convinced?

There are 15 million millionaires around the world. All their financial advisers are going to say, “Hey, buy a bitcoin. You need some exposure.”

James may well be right. The global money could come flooding into bitcoin, especially now that bitcoin trades on the futures market.

Whether it succeeds or not… is on the knees of the gods.

But as bitcoin and money go, we can’t shake one question out of our hair…

No one owns bitcoin to purchase coffee. Or groceries.

A man buys bitcoin as he buys a lottery ticket — to strike it rich.

Who would give up his lottery ticket for a cup of coffee?