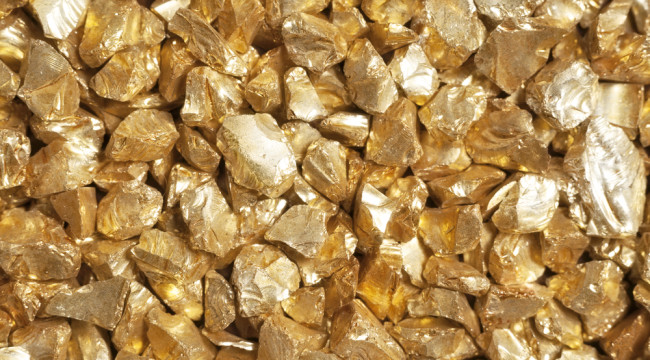 Watch These Signs for an End of the Commodity Bear Market

MELBOURNE — Yesterday I wrote that the recent rally in resource stocks wouldn’t last. That it was a bear market rally. Nothing has changed on that front. But it pays to be flexible. You should always keep your eye out for evidence that might prove you wrong. Most investors do the opposite. They always look for news items that confirm their views.

One thing that makes me think I could be wrong on the ‘bear market rally’ call is the performance of the gold sector. Aussie gold stocks have been the standout performers over the past few months.

This in itself doesn’t surprise me. At the start of the year I wrote a report for Crisis & Opportunity subscribers highlighting that the Aussie dollar gold price had broken out of its downtrend and was in an emerging bull market.

That’s certainly proved to be the case. Aussie gold stocks have had a great run lately. Yesterday, they were the star performers in a down market.

The question should be: is the Aussie gold sector a leading indicator for other resource stocks? After all, the market views gold as a commodity. It trades within generally well-defined ratios relative to other commodities.

For example, you can see the gold-oil ratio in the chart below for the past five years. In 2013 the ratio fell as the gold price collapsed against a stable oil price. In July 2013, one ounce of gold bought around 12 barrels of oil. Gold was cheap and oil expensive.

Then the oil price collapsed in late 2014 and the ratio moved in favour of gold. More recently, as the oil price took another leg down and gold remained firm, one ounce of gold bought 30 barrels of oil.

So over the past two years you’ve seen a big increase in gold’s purchasing power in terms of oil. However, since oil became an increasing part of the global economy in the 1940s, the gold oil ratio has never moved beyond 30.

You could therefore say that gold is now expensive relative to oil. Either oil will keep rising or gold will fall.

Alternatively, you could be seeing the slow breakdown of this long term relationship as oil remains low due to excess supply and gold continues to rise due to its monetary characteristics.

But that second scenario is less likely. For now I’ll assume that gold and other commodities will continue to trade within their historical ratios.

I don’t know. But here are some things to look out for in the coming weeks and months.

Firstly, what is a decent barometer to use when assessing the performance of ‘commodities’? Given the big Aussie miners have massive exposure to iron ore, they are not really suitable.

Let’s use the old standard, the Reuters Jefferies CRB index, priced in Aussie dollars. Here’s the chart below, showing the past two years’ performance.

As you can see the index made a new, long term low in late August. This was on the back of the Chinese yuan devaluation and fears over a sharp slowdown in China.

The index then rebounded strongly, before weakening again on renewed strength in the Aussie dollar.

Clearly, the index is still in a strong downtrend. In other words, commodities are still in bear market territory. What you want to see now is for the index to make a higher low, and then a higher high. This is the first step to a new bull market.

Notice how the index nearly did this in March 2015. It made a higher low. But after a few attempts, it failed to make a new high. This set the stage for another leg down and a resumption of the bear market.

Another thing to look for is positive price action amongst bearish news. One thing is for sure, you’ll continue to hear plenty of negative news about the resource sector in Australia for some time to come. Here’s a taste from today’s Financial Review:

Thousands of workers in the resources sector are facing unemployment as Australia transitions from a once-in-a-century boom in the terms of trade.

The jobs are going because of the completion of major liquefied natural gas projects, the closure of loss-making projects and cost-cutting by companies that were staffed for the good times.

Gorgon’s workforce will decline from more than 8200 people working on construction on the island to several hundred within two years. The employees at Wheatstone will fall from about 15,000 to 800 over the next three years.

There is a rule of thumb that after the construction phase only one in 10 jobs is retained with LNG projects and one in three with iron ore projects. About 3500 people are working on Gina Rinehart’s Roy Hill mine.

Note that the projects referred to are LNG and iron ore projects. These sectors are responsible for the bulk of the resources investment boom. Given the amount of capital invested, these sectors will more than likely deliver poor returns in the years ahead.

So while the focus is on these big sectors, seek opportunities in overlooked areas like gold, copper, zinc, lead, aluminium and nickel. These are unfashionable sectors right now, which mean they could be ripe for investment opportunities.

My colleague over at Resource Speculator Jason Stevenson is constantly on the lookout for such opportunities. His latest area of interest is in the nickel sector.

To reiterate though, the commodity bear is not over yet. But keep your eye out for signs that the trend is turning around. Getting in at the end of big bear markets is always the most profitable time to invest. The recent performance of gold stocks is firm evidence of this.

While economic conditions might point toward a sustained financial recovery, these times are anything but normal. Here’s why we’re in the apex of financial bubbles…