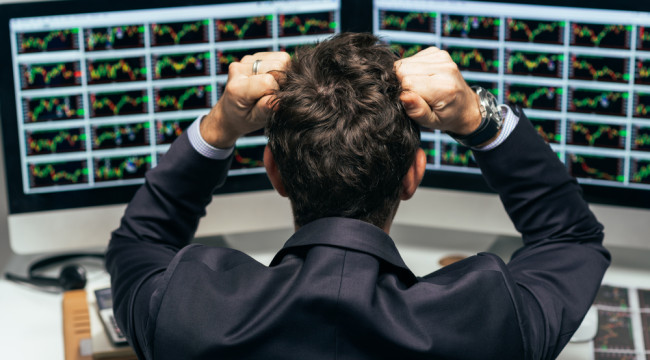 Are You Worried About A Stock Market Crash?

MELBOURNE — The Aussie market rallied strongly last week. I wonder if the shutdown of the Chinese market due to a week long holiday had anything to do with the improved sentiment?

While it’s an impressive effort, it feels like a bear market rally to me. On the valuation front, the big miners hardly look cheap. BHP, for example, trades on a forecast price-earnings multiple of 27 times 2016 earnings. Forecast return on equity is less than 6% for 2016.

And BHP and RIO certainly look expensive here. But is it the bottom for commodity prices?

Well, that brings us back to China. We’ll find out more about how the Middle Kingdom is faring in the coming weeks. From Reuters:

A deluge of data from China in coming weeks is likely to point to further weakness in the world’s second-largest economy, reinforcing expectations that Beijing will roll out more stimulus measures to ward off a sharper slowdown.

China’s exports and imports likely declined at a faster pace after a dismal August, according to Reuters polls, while growth in factory output and investment may have weakened further, reflecting persistent weakness in demand at home and abroad.

Exports were expected to have dropped 6.3 percent in September after sliding 5.5 percent in August, in further evidence that a chill is falling over the global economy.

Imports may have declined 15 percent in September from a year earlier, following a 13.8 percent drop in August that reflected sluggish domestic demand and lower commodity prices, the median forecast of 30 analysts polled by Reuters showed.

Will this realisation set us up for the ‘big drop’ that Jim Rickards has predicted?

I don’t like to disagree with Jim. He’s far smarter and more experienced than me. Not only that, I think he’s one of the best big picture analysts going around.

But at this point, I think the probability is low to expect another major credit collapse like we experienced in 2008. I’m not saying it won’t happen. I’m just saying it’s a low probability outcome right now.

You should ignore the risks. But you shouldn’t panic and get out of the market entirely either. Some stocks are performing very well in this environment while others are struggling. The key is to have the discipline to get out of the losers and stick with the winners.

I certainly do worry about a major collapse. The world has so much debt and it’s hard to see how we could get out of this mess without a major bust-up. Australian households have world class debt levels. That means, thanks to a slowing China, we’re especially at risk.

But a major bust might still be years away. No one knows. That’s why it’s more important to take a pragmatic approach to investing. Be ready to change your view when conditions change.

There’s an Aussie stock I’ve found that is a classic credit crisis bellwether. It accurately ‘predicted’ the last credit crisis in 2008. It will do so again. Because of its business model, it can’t help predicting the next major crisis.

I’m writing about this company’s ‘predictive’ powers in this month’s issue of Crisis & Opportunity, due out this week, so I’m not going to reveal the details here. But it’s an example of how the market gives you clues about underlying conditions in the global economy.

If you want to listen, you can take advantage of it. Once you learn how to do this, you will become a more confident investor. You’ll understand that the world is a risky place, but you won’t worry about it constantly.

In The Money Game by Adam Smith, one of the best books on investing I have read, there’s a great quote about the need to avoid worry and anxiety:

…the end object of investment is serenity, and serenity can only be achieved by the avoidance of anxiety, and to avoid anxiety you have to know who you are and what you are doing.

Most people jump into investment markets without knowing who they are or what they are doing. You might think you’re a trader, but do you know how to trade? As a result, they lose money. This is the cost of a market education. I’ve paid my fees. There aren’t many people who don’t.

Making mistakes and losing money has made me a better investor. You need to learn from your mistakes. If you ignore them, and just revel in your winners, you won’t make any progress.

The market is a risky place. True, it’s always been risky. But with the general rise in debt levels across the world, the risk is greater now than it has been in a long time. And with big debt levels comes an increase in anxiety.

This increase in anxiety manifests at a personal level and on an international level. And this makes the investment game that much harder.

If you find yourself overly stressed about the market and your portfolio, you need to reassess. Do you know yourself well enough? Do you know what you are doing? Do you have an investment advisory to follow and guide you…one that suits you?

Because as The Money Game pointed out, the market is an unforgiving teacher.

If you don’t know who you are, this is an expensive place to find out.