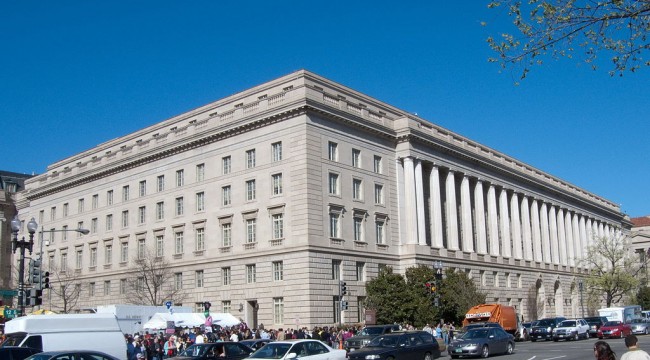 U.S. War On Your Passport Continues

Just the other day we wrote about a US House “suspension” bill that would give the Secretary of State the authority to cancel your passport if he decided that you had “aided” an organization that he rules is terrorist.

There is no definition of what “aided” means, no chance to dispute the Secretary’s decision, no trial or presentation of evidence, and in fact any evidence the government has can be classified as secret so that you may not see it.

In effect the Secretary of State can unilaterally consign you to internal exile and there is nothing you can do about it.

Because Members of the US House were too cowardly to go on record voting for such an anti-American piece of legislation, the bill passed by a voice vote.

Today the US Senate plans to one-up its counterparts on the lowlier side of Capitol Hill. Buried inside the US highways funding bill is a provision to revoke or deny issuance of a US passport to anyone who has a large outstanding tax debt to the US Internal Revenue Service.

According to a Senate Finance Committee summary (PDF) acquired today, the measure provides for:

Revocation or denial of passport in case of certain unpaid taxes. This provision would authorize the Federal government to deny the application for a passport when an individual has more than $50,000 (indexed for inflation) of unpaid federal taxes which the IRS is collecting through enforcement action.

It would also permit the Federal government to revoke a passport for such individuals.

As can be seen from the summary, this measure threatening to imprison Americans within (or outside) US borders is simply viewed as a means by which to raise revenue.

The hoped-for increase in revenue coming from this threat is considered an “offset” to the money being spent on the highway bill — in other words the threat to imprison US citizens within their own country or freeze them out is considered appropriate incentive to force them to pay what the government claims it is owed.

Unconvinced that the US government would do such a thing? Check the bill coming to the Senate Floor. Section 52102 of the Highway Funding bill, to be taken up by the Senate today, states:

If the Secretary receives certification by the Commissioner of Internal Revenue that any individual has a seriously delinquent tax debt in an amount in excess of $50,000, the Secretary shall transmit such certification to the Secretary of State for action with respect to denial, revocation, or limitation of a passport pursuant to section 52102(d) of the Transportation Funding Act of 2015.

The use of citizenship rights as a weapon against Americans is becoming increasingly common as Washington is ever more desperate for control of its passport holders.

The last time Ron Paul ran for president, the mainstream media ridiculed him for claiming that US government’s border control strategy is most likely designed to keep Americans from leaving the country rather than to keep illegals from entering.

These two measures within a week’s time pretty clearly confirm what was once laughed off as a “paranoid” view that the US government was building a virtual Berlin Wall to keep its citizens from departing.

Perhaps that is why this year a record number of Americans are renouncing their passports and getting out of the country…while they still can.

Thanks to my colleague Norman Singleton for his research on this bill.

Daniel McAdams
for The Daily Reckoning

The Cult of the Trump Tax Refund

How Trump’s new tax laws have affected Americans across the board.