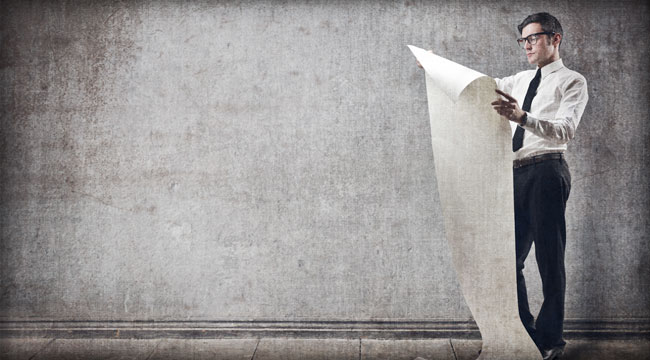 Recent difficulties with implementing the Affordable Care Act have increased opposition to the program. A majority of Americans now oppose it. Problems with the HealthCare.gov website are in all likelihood temporary. However, there are serious long-term problems, particularly considering long-term finance and labor supply issues. Given the mounting difficulties with and growing concerns about the ACA, it is worthwhile to reconsider the main issues regarding this program.

The Congressional Budget Office (CBO) recently published a report examining some of these. It actually contains nothing new. Many commentators have commented on the projection of lower labor-force participation. The availability of Obamacare subsidies will allow lower-income Americans to work less. People do in fact work less if their costs are shared.

The tendency of people to withhold work from collective undertakings is known among economists as a tragedy of the commons.

The good news is that “we” have a substantial amount of leeway to save money on health care.

Reduced Labor Force Participation means both lower total tax revenue and higher spending on government benefits. Long-term forecasts of the CBO report serious imbalances between tax revenues and federal spending. Federal deficits are projected to remain high, but “manageable,” for about a decade.

The costs of entitlements, along with regular budget items (defense and non-defense), are relevant to any discussion of the affordability of the Affordable Care Act. The retirement of the baby-boomers, though, will result in steadily rising costs for older entitlement programs. Taxpayers are already legally responsible for a national debt of $17 trillion dollars (which will hit $20 trillion by the time Obama leaves office).

Interest payments on the national debt are low for the time being, but they won’t stay that way forever. The Medicare trustees have admitted to a long-term deficit of $34 trillion, but independent estimates run much higher. Social Security has an unfunded liability over $12 trillion. These costs pile on top of the current regular budget of $3.5 trillion, not to mention projected growth in this budget.

Taxpayers are also responsible for cost overruns of the Affordable Care Act. Section 1342 of the ACA makes taxpayers responsible for bailing out insurance companies if the need to do so arises.

Taxpayers are legally obligated to finance all of the above mentioned expenditures, debts, and unfunded liabilities. People who believe in individual liberty reject the idea that people are morally obliged to fund ever-rising federal expenditures. But the dispute over whether American taxpayers should fund projected federal spending is rendered academic by the fact that younger Americans will not be able to afford to pay for all of it.

The commons created out of the New Deal and Great Society is collapsing.

Economist Laurence Kotlikoff estimates that average rates of taxation would have to rise 56% to cover projected increases in federal expenditures. Kotlikoff’s estimate may be high, but even a lower figure would leave Americans in dire financial straits.

Taxpayers simply will not be able to fund all projected increases in all current federal programs. Bond investors will not finance our rising national debt in unlimited amounts. The ACA’s increased spending and lower labor force participation, on top of this, makes national bankruptcy that much more likely.

National bankruptcy is not inevitable. The U.S. government is heading towards bankruptcy superficially because politicians have failed to set rational budget priorities, and fundamentally due to citizens expecting far too much of the public sector. The ACA was created out of concern that financial considerations bar access to health care to many people. And Americans do spend a large percentage of national income on health care.

The good news is that “we” have a substantial amount of leeway to save money on health care. Data on the overall effectiveness of public health care spending is clear, but not nearly as well known among voters. For example, The RAND Corporation conducted a health insurance experiment from 1974 to 1982, which showed that making health care “free,” or available at no personal marginal cost, does lead people to buy more.

Much of this extra health care is inappropriate or largely unneeded, however. When people pay for more of their health care out of pocket, they tend to waste less money. The Rand Study concluded that “In general, the reduction in services induced by cost sharing had no adverse effect on participants’ health.”

Many other studies cast doubt on the effectiveness of providing health care at no private cost. According to another study, “Medicare enrollees in higher-spending regions receive more care than those in lower-spending regions but do not have better health outcomes or satisfaction with care.” Studies of people with health savings accounts (HSAs), as compared with people with plans like PPOs, control premium inflation better than their PPO counterparts.

Having people pay deductible or bear other out-of-pocket costs causes us to economize on health care. Health insurance pools risks, and creates a type of commons, whether done privately or publicly. The private commons of insurance companies does, however, have set limits.

Private insurance companies deny some types of coverage, depending on how much insurance people contract for in the first place. In other words, private insurance is not an open commons — it specifies the extent to which each policy holder can draw out of the insurance pool.

Public insurance programs lure people in by promising more benefits than private insurance plans offer. Yet public programs ultimately run into the basic problem of scarcity. The ACA pushes people out of very basic insurance plans into plans with higher levels of coverage, but excessive coverage is a major source of high health care costs.

It is often noted that Americans spend a sizable portion of our GDP on health expenses (17.9% in 2011). The overconsumption of healthcare by overinsured Americans is both a major source of excessive costs, and a cost that can be cut with little adverse effect.

The tendency of people to waste money in open-access health care financing is simply going to produce another tragedy of the commons. Too few young people have been signing up at HealthCare.gov because younger Americans are mostly smart enough to avoid paying into a commons. Americans are signing up mainly because they expect to draw subsidies out of this commons.

Problems with managing a commons in health care financing are serious. Once someone enters into a life-threatening medical condition, they and their family will want every possible available step taken to save this person — provided that “someone else” pays. Passing costs onto someone else is, aside from being morally dubious, unworkable in the aggregate because we are each “someone else” to everyone else.

There are many costs associated with government intervention into the health care industry: administrative and regulatory compliance costs, elevated costs of litigation and court rulings, lobbying costs, costs of perverse incentives. The perversities associated with treating health as an open-access and politicized commons has, along with other, government spending programs, created an unsustainable fiscal situation.

Ed. Note: While these are the two main options for the US, as a whole, there is another option for you, as an individual. Right now, there are a 4 ways for you to “opt-out” of Obamacare, and you can learn about each of them by signing up for the FREE Laissez Faire Today email edition. In addition, you’ll receive daily commentary on how you can live a happier, healthier and freer life than you ever thought possible. So don’t wait. Your next issue is just a few hours away. Sign up for FREE, right here.