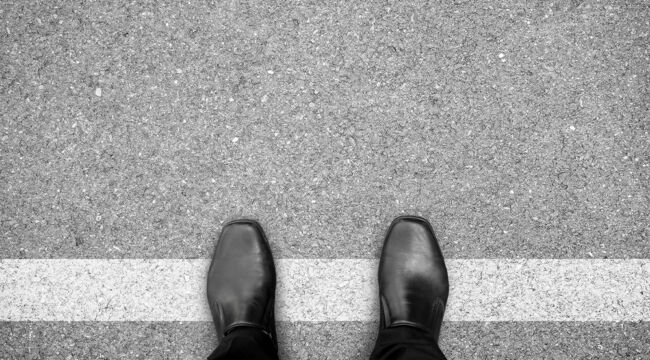 Another reader has washed us out of his hair — K. Miller, a doctor of medicine.

This learned physician has endured our “right wing rantings and ravings” long enough.

He will endure them no longer.

That is because we have trespassed all boundaries of respectable opinion.

And our atrocities weigh far greater than the slim benefits we have provided him:

Please cancel my subscription. I have listened to your right wing rantings and ravings because I feel it is important to be aware of RESPONSIBLE alternative opinions. Your various newsletters have provided some (and I emphasized small letter some) information which was useful. However, since the election, you have exposed yourself as nothing more than Trumps mouthpiece. You make no pretense of providing objective financial information…. You have completely crossed the line and are totally irresponsible. You are no different than Fox news. Can you guys really have an original thought? I do not have to pay for Fox News and I will not pay for your “news”. Climb back under a rock and vote for Trump.

Look Under the Rock

Yet a question immediately presents itself:

How can we climb back under the rock… if we never climbed out from beneath the rock?

The location suits us. It affords us solitude and a quiet space to think, as a man might find in a library… a desert… or at a Joe Biden campaign event.

And let us say it: The information a fellow finds under a rock can truly astonish and enlighten.

Under the rock… in the darkness of the subsurface muds… he will often see the light.

Here is the central trouble with “respectable” news outlets:

They search only above ground… in the dark of day… blind in the right eye… unable to see out the left.

We would redirect their search.

Would we vote for Trump, as the good doctor instructs?

It is therefore unlikely we would pull a lever for or against Mr. Trump in the 2024 presidential election.

You must choose the lower evil, many argue. There is certainly something in it.

But is not the lower evil… still evil?

We did vote on one ancient occasion — in the 5th grade — and for ourself.

We had campaigned for captain of the school safety patrol. Decades later we are finally willing to confess our felonies against democracy…

We stuffed the ballot box. Successfully.

Yet we proved unfit for the high responsibilities of the office we acquired — what captain of what safety patrol orders his charges into onrushing traffic?

Or who sabotages the swingset to watch poor Sally Rogers careen through the air?

Or who — no, no, some secrets are best kept dark.

Who Really Gives the Orders?

Elections are one of democracy’s most charming and amusing ornaments.

“The people” give the orders in democracy, say the civics books.

But did anyone seek your authorization to invade Iraq?

Or to ship your tax dollars to Wall Street in 2008?

Or to padlock the United States economy over a virus that murders some 1% of its hosts?

Or to bury the nation under $28 trillion of debt?

Our authorization was never requested.

Mr. Biden claims We the People are the government.

But if We the People are the government, let us put this lovely theory on trial…

Approach the gate of any military installation. Demand full and immediate access, asserting your rights of ownership.

The ownership theory hinges upon the reaction you receive.

But we are not here to criticize — only to laugh.

We spectate elections as a man spectates a gong show. We have the grandest kind of time looking on, our side split from laughter.

Alas… there is always an act the judges fail to gong. His prize is four years at Washington.

Mr. Trump was the most entertaining showman to ever walk on stage. For that reason we miss him dearly.

The good doctor further claims we are the equal of Fox News.

But to our knowledge — our minions have put in extensive research — Fox News has refused to vent any plausible claim of voter fraud.

If Fox News was for Trump… why the hurry to announce he lost the great state of Arizona?

Arizona’s audit was the subject of Saturday’s reckoning. James Howard Kunstler was its author.

But Mr. Kunstler did not claim extensive vote fraud, as the doctor argues. Here is what he did say:

I don’t know how the Arizona audit will turn out, one way or the other. The same is true for any potential audits in other states. I only hope the process settles the question of widespread fraud once and for all. Then the nation can move on.

But as Americans, regardless of party, we should all hope that no serious fraud is discovered.

You may or may not like the outcome of an election, but the vote must have integrity. We need to know the system is honest. If our guy won, great. If our guy lost, oh well. We’ll get ‘em next time.

If the people lose trust in elections, how does democracy survive? We’re off to banana republic land.

He merely demands an answer — a square answer — lest the heavens fall.

30% of Democrats Question the Election

Mr. Kunstler is not alone. As he noted on Saturday:

The most recent nose count records 44,242,975 registered Democrats in these United States.

If these figures approximate truth… is this not a crisis of American democracy?

“If the people lose trust in elections, how does democracy survive? We’re off to banana republic land.”

Just so. But would it represent a tragedy? Perhaps not. We would remind him:

America’s Founding Fathers handed off a republic — not a democracy.

They feared democracy as the devil fears holy water.

Say what you will of a banana republic. But this you must concede:

At least it is a republic…

Welcome to the Slow Motion Depression

Though elites often couch their rhetoric in democratic terms, behind it all is a lust for power. Today, Jeffrey Tucker shows you why their plans leave only devastation in their wake — including today’s elites.

The Deep State Is Sadistic

It’s easy to assume that most government failures are the result of incompetence and perverse incentives. But is it worse than that? Might the administrative “deep state” actually despise the American people? Today, Jeffrey Tucker shows you why the answer may be yes.

While everyone’s attention is focused on the war in Ukraine, inflation and the Supreme Court, government plans to eliminate cash are accelerating.

“Three Steps and a Stumble”

Stocks were up big today, which will have the talking heads saying that everything’s fine again; it’s time to jump back into the market.

How Low Can You Go?

From the stock market to inflation to looming recession and more, the U.S. is confronting multiple problems. Today, James Howard Kunstler shows you why the limbo is “an apt metaphor for the spot that the USA is in.”

The Federal Reserve enacted a 0.75% rate hike this week, its largest increase since 1994. But is it enough? Today, Jeffrey Tucker shows you why the Fed really isn’t serious.