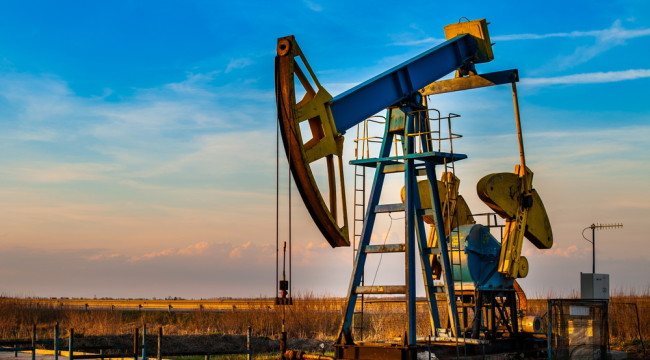 Time to Play the Oil Rebound

What kind of behavior did this high price produce?

Many oil producers assumed the $100 per barrel level was a permanently high plateau. This is a good example of the anchoring bias. Because oil was expensive, people assumed it would remain expensive.

The fracking industry assumed oil would remain in a range of $70-130 per barrel. Over $5 trillion was spent on exploration and development, much of it in Canada and the U.S. This led to a flood of new oil, which reduced the market share of OPEC producers. Saudi Arabia was losing ground both to OPEC competitors and the frackers.

In mid-2014, Saudi Arabia developed a plan to destroy the fracking industry and regain its lost market share. The exact details of the plan have never been acknowledged publicly but were revealed to your editor privately by a trusted source operating at the pinnacle of the global energy industry. 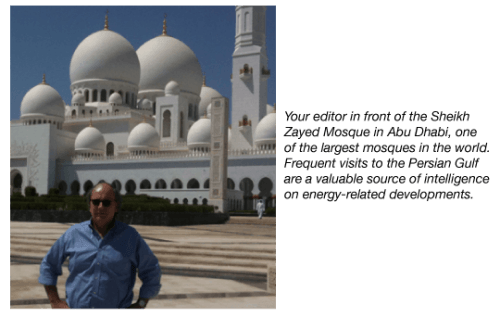 The Saudi plan involved a linear optimization program designed to calculate a price at which frackers would be destroyed. But the Saudi fiscal situation would not be impaired more than necessary to get the job done.

Such optimization programs involve many assumptions and are not an exact science. Yet they do produce useful answers to complex problems and are much more reliable than mere guesswork or gut feel.

It turned out that the optimal solution for the Saudi problem was $60 per barrel. A price in the range of $50-60 per barrel would suit the Saudis just fine. That was a price range that would eliminate frackers over time but would not unduly strain Saudi finances.

This does not mean that the Saudis want a $10 per barrel price. It just means they have enormous flexibility when it comes to setting the price wherever they want. If the Saudis want a higher price, they pump less. If they want a lower price, they pump more. It’s that simple. No other producer can do this without depleting reserves or going broke.

Of course, there are many other factors at play in the oil market. Just because Saudi Arabia had a target price of $50-60 per barrel does not mean they could stick the landing at that exact price.

Still, having intelligence on the target price is a huge advantage in analyzing market dynamics. In particular, it helps us to approach the problem rationally and avoid the emotional biases of other analysts and investors.

For example, the price of oil hit the Saudi target price of $60 per barrel by the end of 2014. But it kept going down. The price hit $45 per barrel in January 2015 and $40 per barrel by this past summer. That was due to normal market overshooting and momentum trading. It was also due to the fact that desperate frackers actually increased production to meet the interest payments on their debt even thought they were in the process of going broke.

The Saudis knew this was a temporary overshoot. The frackers could not get financing to drill new wells. Also, overpumping the existing wells would just make them disappear faster.

As soon as the price of oil crashed, another human bias began to creep into Wall Street analysis. The same prominent voices that earlier said oil would stay high were now saying it would keep dropping!

Some well-known analysts were calling for $30 per barrel oil; one analyst even set his target at $15 per barrel. These low-ball figures were just as much off base as the earlier expectations of $130 per barrel oil. In fact, the Saudis had things mostly under control.

Using our market intelligence, we could see that when oil hit the $60 per barrel level (as it did in early May), it would soon head down again. When oil got too low (as it did in late August at $38 per barrel), it would soon head up. This analytical frame based on our intelligence sources has proved to be a highly accurate short-term predictive tool.

Absent a geopolitical shock in the Persian Gulf, oil is not going to $100 per barrel, and it’s not going to $30 per barrel. It will remain in a range of $50-60 per barrel (with occasional overshoots for technical reasons) until 2017. That’s how long it will take to destroy the frackers.

After that, the Saudis can gradually increase the price without having to worry about lost market share.

This story has been bad news for frackers and even worse news for leveraged commodities traders such as Glencore. Are there any winners? The answer is yes, but it takes some detachment from the herd to see who they are.

The oil industry is permeated in gloom right now because of oversupply and weak demand. Small producers are going out of business and a wave of energy-related bond defaults is about to wash over the fixed-income markets.

Who wins in this scenario? The answer is that the major global oil producers win. They have the diversification, financial strength and hedging ability to weather the storm.

The majors can bide their time and pick up oil assets for pennies on the dollar once the frackers file for bankruptcy. They also have close relations with the Saudis (through Saudi Aramco, the state-owned energy company of Saudi Arabia). This means that they are insiders when it comes to strategies such as the plan to destroy the frackers.

But the oil majors are in a league of their own and are positioning themselves to benefit from the rebound of prices in late 2016 and early 2017.

The time to play this rebound is now, not when the crowd catches on.