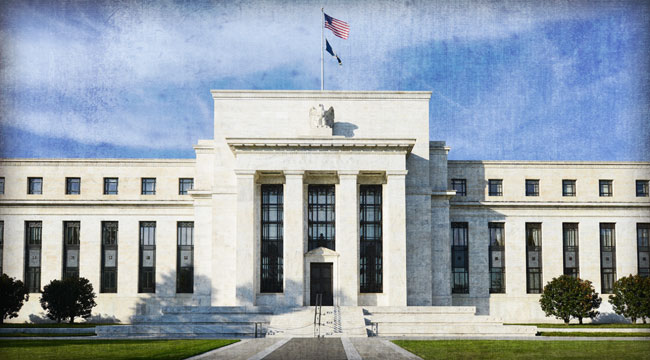 The World's Most Powerful and Influential Business

The Keynesian disaster recovery plan has been to lower rates, force people to take more risk in search of yield, and entice others to borrow and spend and, magically, more jobs will be created. If people won’t buy stocks, central banks will.

Back in 2011, Ben Bernanke, when asked if QE2 was driving up stock prices, answered, “I do think that our policies have contributed to a stronger stock market, just as they did in March of 2009.”

He went on to say since he signaled the Fed would likely unveil QE2 during a Jackson Hole speech, the Russell 2000 index of small cap stocks was up 30%, even more than the 15-20% rise in blue chip indexes.

More than any other Fed chair, the 2009 Time magazine person of the year targeted stock market gains as a confirmation he was doing the right thing.

Mr. Bernanke is now making $200,000 per speech. That’s what he made a year at his Eccles Building job. America’s rank and file haven’t done as well. The Bureau of Labor Statistics reported real average hourly earnings dropped for the fourth month in a row, from $10.33 in February to $10.32 in March, to $10.30 in April, and to $10.28 in May. This is the same real wage posted the month after Lehman Bros. failed.

In terms of job creation, in May, the nation had finally recouped the 8.7 million jobs lost during the Great Recession. However, the working-age population has increased 10.6 million since February 2010, and 12.8 million people have given up and left the workforce.

But the stock market is what the Fed governors have their eye on, and since the crash, the S&P 500 has nearly tripled. We shouldn’t be surprised with the news out of London summarized in this headline from MarketWatch “Central Banks Becoming Major Investors in Stock Markets.”

As Capt. Renault said in Casablanca, “I’m shocked — shocked — to find that gambling is going on in here.” Creating money out of nowhere to buy stocks is taking bubble-making where it hasn’t gone since John Law. For those not familiar with the exploits of the first Keynesian central banker in 1716, I devote a good bit of the Laissez Faire Club’s offering Early Speculative Bubbles to Mr. Law and the Mississippi Bubble he created. It’s a lesson we must learn over and over again.

Just like retired folks, central bank policies are crimping the income stream to the central bankers themselves.

For now, suffice it to say that Law inflated the money supply through the Banque Royale; created jobs through public works projects; attempted to release the hoarded savings back into business with the promotion of Mississippi Co. shares; exploited France’s colonial empire; relieved the debt-ridden government of its debts; and was making money for himself and his patrons. The spectacular boom fell apart in four years.

Mr. Marsh rightly recognizes that central bankers have become central planners. Besides squishing interest rates to nothing, the monetary bureaucrats go to great lengths attempting to stabilize financial institutions as well as “buying up government debt to help economies recover from recession.”

Global research firm Official Monetary and Financial Institutions Forum (OMFIF) — of which Marsh is managing director and co-founder — just issued its Global Public Investor (GPI) 2014, a comprehensive survey of $29.1 trillion worth of investments held by 400 public-sector institutions in 162 countries. The GPI focuses on the investments of 157 central banks, 156 public pension funds, and 87 sovereign funds.

“The assets of the overall survey of 400 GPIs comprise $13.2 trillion (including gold) at central banks, $9.4 trillion at public pension funds and $6.5 trillion at sovereign wealth funds,” says the OMFIF press release.

Just like retired folks, central bank policies are crimping the income stream to the central bankers themselves. It’s estimated the banks have foregone interest income of $200-250 billion in recent years. The press release says,

“The study highlights how a recession-induced decline in interest rates in the major reserve currencies — the dollar and the euro — has had a seriously negative effect on the profitability of reserve holdings by central banks, adding to the drive for diversification.”

Reaching for yield or returns, “GPIs as a whole appear to have built up their investments in publicly quoted equities by at least $1 trillion in recent years.”

The Swiss National Bank had $72 billion in equities at the end of last year. Its president, Thomas Jordan, writes in the GPI 2014 publication:

“We are now invested in large-, mid-, and small-cap stocks in developed markets worldwide…. The decision to introduce new asset classes should always be taken with the aim of improving the long-term position, and with the awareness that a change should be sustainable, even in more difficult times.”

The press release mentions the double-edged sword that having all this liquidity in government hands presents. “These assets have been built up partly as a result of efforts to alleviate the financial crisis, through foreign exchange intervention by central banks in emerging-market economies or quantitative easing by central banks in the main developed countries. But deployment of these funds on capital markets can drive up asset prices and is thus a source of further risks.”

The actual report hits the problematic nail on the head. “Many of these challenges [faced by public entities] are self-feeding,” it says. “The same authorities that are responsible for maintaining financial stability are often the owners of the large funds that have the potential to cause problems.”

So it turns out central bankers are far more guilty of rigging markets than high-frequency traders. And for sure, they wish to rig the markets to their favor. After all, as OMFIF release states, “Some central bankers fear the need for government finance to support their budgets may strain on their own independence.”

For now, as The Daily Beast reported in January, “The Federal Reserve is the most powerful and influential financial institution in the world and it is also one hell of a business.” Yes, having a money-creation monopoly is good work when you can find it. “It also makes a metric ass-ton of money in the process,” writes TDB, “kicking this cash back upstairs to the U.S. government that permits it to operate.”

Last December, the then-Bernanke Fed sent $77.7 billion to the Treasury. The yields may be small, but quadrupling the balance sheet gives the central bank plenty to work with.

However, profit maximization is not in any central bank’s mission statement. Neither is maintaining a diversified portfolio for long-term gains, nor, as the latest Quarterly Report on Federal Reserve Balance Sheet Developments confirms, operating with nearly 77-to-1 leverage.

Once upon a time, central banks were merely providers of seasonal liquidity and a backstop to bank runs. In 1936, Henry Parker Willis wrote in The Theory and Practice of Central Banking, “No central bank can, by the mere exercise of its credit-granting power, make something out of nothing, or save other banks from the disastrous consequences of their past policy. When a central bank does so, it merely tends to make a bad matter worse.”

The news that Bank of Japan officials are considering maintaining a large balance sheet for the central bank even after it achieves its inflation target, reducing the risk of a surge in long-term bond yields, has Tyler Cowen asking, on the Marginal Revolution blog, “Will the major central banks evolve into mega-hedge funds?”

They have already, making the investing world a very scary place.

Ed. Note: Wall Street is rigged, and the Fed is doing their part to make sure that certain people get paid while you get screwed. But that doesn’t mean there’s no money to be made in the markets. If you subscribed to the FREE Laissez Faire Today email edition, you’d know first-hand what we’re talking about. In today’s issue, readers had a chance to access to an exclusive nine digit number that gives them access to specific investments typically reserved for the “investing elite.” To ensure you never miss out on another great investment opportunity like this, sign up for the Laissez Faire Today email edition, for FREE, right here.