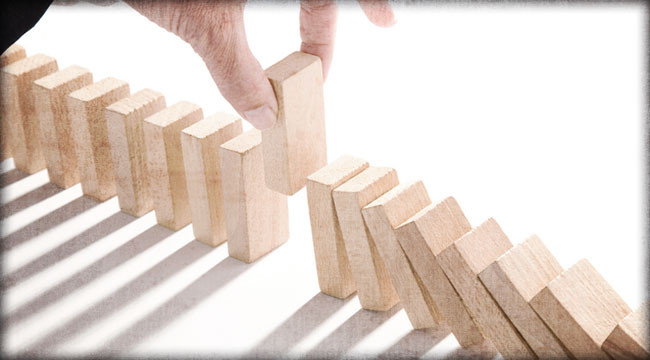 A noninterventionist foreign policy is both morally and constitutionally correct. From George Washington to Grover Cleveland, this principle was upheld. The twentieth century has been witness to a complete reversal of this policy and millions have suffered as a consequence. Our foolish foreign policy contributes significantly to our national bankruptcy and presents a threat to our national security.

Foreign policy’s purpose should be limited to providing security and ensuring peace for America. The only moral justification for an expenditure is for the defense of our nation. A military manned by volunteers helps to avert unwise military foreign involvement. It is time we challenge those who promote our overseas activities and adventures on moral grounds.

We have been pursuing a policy based on good intentions and privilege to the special interests for the past several decades, and America’s security has greatly suffered. It is time to quit! It would be better if we heeded the words of Grover Cleveland who stated best the pre-1900 American foreign policy:

Instead our politicians have taken a different course:

A noninterventionist foreign policy is frequently attacked as isolationist. Nothing could be further from the truth. The image of a nation walling itself off from the rest of the world is impossible in a free society and, ironically, is exactly what eventually happens under interventionism.

Although we have regained some of our freedoms removed during periods of war, our liberty has gradually eroded during this century.

A free society, with a noninterventionist foreign policy, protects the rights of its citizens to travel and trade across borders without tariffs or licenses or capital controls, and rejects all special interest subsidies. Immigration is always permissible, and all attempts to curtail currency in people movement are rejected.

The ultimate right of a free society is to be able to vote with your feet and to leave freely with your assets. This freedom of movement of people and goods would encourage the intermingling of people with a natural balance of trade, assuming nations do not participate in the fraud of inflation. We would in no way create a fortress America, or a country isolated; the exact opposite would result.

Our foreign policy should be directed at making our nation secure from any outside threat so our liberty at home may thrive, to avoid war and promote peace. The ultimate victory must be won in the minds of men and cannot be achieved by an interventionist foreign policy. Ultimately, totalitarianism can only be defeated by a positive freedom philosophy.

By the 1960’s, Kennedy acknowledged to what degree we had rejected this position. In his Inaugural Address in 1961 Kennedy stated:

Let every nation know, whether it wish us well or ill, that we will pay any price, bear any burden, beat any hardship, support any friend, oppose any foe, to assure the survival and the success of liberty. This much we pledge and more … To those peoples in the huts and villages of half the globe struggling to break the bonds of mass misery we pledge our best efforts to help them help themselves, for whatever period is required-not because the Communists may be doing it, not because we seek their votes, but because it is right. If a free society cannot help the many who are poor they cannot save the few who are rich.

This policy of self-sacrifice that Kennedy advocated is a policy that we have essentially followed. For this reason we have seen hundreds of thousands of Americans needlessly killed and perpetual international conflict. Unless this policy is changed, we can expect more of the same.

General McArthur, however, expressed concern about this policy. He said in 1957:

Our government has kept us in a perpetual state of fear, kept us in a continuous stampede of patriotic fervor — with the cry of grave national emergency. Always there has been some terrible evil — to gobble us up if we would not blindly rally behind it by furnishing the exuberant funds demanded. Yet in retrospect, those disasters seem never to have happened, seem never to have been quite real.

War, other than for the actual defense of our nation, must be avoided, for it is during wartime that personal and economic freedoms quickly erode. Although we have regained some of our freedoms removed during periods of war, our liberty has gradually eroded during this century. This will continue if we do not make fundamental changes, because another unwise war could spell doom for us, both economically and politically.

Peace is of the utmost importance, for it permits the preservation and expansion of individual liberty, where war does the opposite.

A policy based solely on our self-interest is the best policy for the world, because it encourages a proper balance of power and removes many situations liable to provoke hostilities. The policy of nonintervention, emphasizing national self-interest, provides a direction and purpose for our foreign policy, which is easily understood and readily accepted by the American people.

Peace is of the utmost importance, for it permits the preservation and expansion of individual liberty, where war does the opposite. A creative spirit requires it. This does not mean pacifism, for when our freedom and national security are directly threatened, defense is of the utmost importance and everyone should participate. Universal voluntary service in the defense of freedom is not an unreasonable expectation.

Carelessly entering into conflicts jeopardizes our liberty. It does not protect it. Intervention abroad causes us to neglect our obligations at home. The moral and constitutional obligations of our representatives in Washington are to protect our liberty, not coddle the world, precipitating no-win wars, while bringing bankruptcy and economic turmoil to our people. The people are demanding a change in foreign policy. Nonintervention is the policy that will serve us best.

Recognizing the nature of the enemy is critical. It is not weaponry or soldiers or politicians, but it is the ideology that is important. Robert Taft understood this clearly. He recommended:

… positive campaign in behalf of liberty. And when I say liberty I do not simply mean what is referred to as ‘free enterprise’. I mean liberty of the individual to think his own thoughts and live his own life as he desires to think and, to live; the liberty of the family to decide how they wish to live, what they want to eat for breakfast and for dinner and how they wish to spend their time; the liberty of a man to develop his ideas and to get other people to teach those ideas, if he can convince them that they have some value to the world.

It is our weakness in defense of liberty that presents the problem. Providing an adequate defense of our nation and our liberty is all that should concern us.