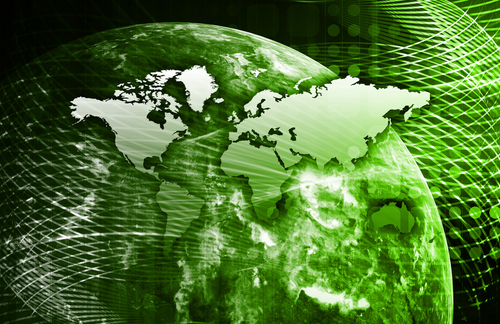 The State is Doomed...and Other Reasons to be Optimistic, Part II

“You may say I’m a dreamer,
But I’m not the only one.
I hope someday you’ll join us,
And the world will be as one.”
— John Lennon, “Imagine”

“Roads? Where we’re going, we don’t need roads.” — Dr. Emmett Brown in Back to the Future

[Ed. Note: If you missed Part I of this presentation, you can read an abbreviated transcript here.]

As the chart below displays, the Federal Reserve has, since 1913, destroyed roughly 97% of the dollar’s value. And that, despite (or perhaps because of) a mandate to maintain the same currency’s integrity and stability.

That’s more than just inconvenient, given the dollar’s present status as the world’s reserve currency. And yet, despite this “exorbitant privilege,” the feds claim — and enforce — a monopoly on the dollar’s counterfeiting and consequent debasement.

Many of us have tried to protect ourselves, to varying degrees of success, with gold and/or silver. Maybe you invest in gold stocks. Or perhaps you have a stash of physical bullion tucked under your pillow or buried in the back yard. And maybe, better yet, that backyard happens to be a long way out of the reach of the US government…somewhere like, say, Nicaragua.

As we know, gold and, to a lesser extent, silver, serve as a historical counterbalance to central banker arrogance…the supply of which is far from limited. Ironically, it is owing to that arrogance that the demand for alternative, para-state currencies remains robust. Perhaps now so more than ever.

Bitcoin (BTC) is a decentralized cyber-crypto currency. It is an open source project, whereby individual nodes contribute computational power to solve complex algorithms and to secure the BTC network.

The supply of BTCs is limited, mathematically, to 21 million coins. Therefore, as demand for the currency grows, and as more and more vendors begin accepting the coins as a valid form of payment, the value of them tends to appreciate, rather than depreciate. Where central banks indulge an age-old habit of adding zeros before the decimal point, BTC expresses precisely the opposite trend. Currently it is divisible to 8 decimal places…a kind of “reverso Zimbabwean dollar” effect.

The first transaction recorded for BTC occurred a couple of years ago when a happy customer paid 10,000 BTCs for a pepperoni pizza. At the time, a single BTC was deemed to be worth a paltry fraction of a penny. Assuming the vendor kept hold of those coins, he would have made out like a bandit. After a bubblicious run up to $30 per BTC last year, the cyber currency has since settled to a price today of about $13.5 per coin. Those same 10,000 coins, in other words, are now worth around $135,000.

Of course, the cyber-currency is still young and, accordingly, volatile. Just to be clear, I’m in no way saying Bitcoin is the answer to centralized banking cartels. That’s for the market to determine. What this experiment does show, however, is one of many possible solutions issuing forth from the competition for free market money.

Another voluntary trend making waves around the Internet is that of crowd funding. There are many players in this relatively new space…but probably none bigger than the three year-old Kickstarter. Here’s the idea, in brief:

Basically, entrepreneurs go to the Kickstarter website and pitch their ideas to the world. They make videos detailing how great their idea is and, if people like it and wish to invest, they can choose to back the project. Typically investments start as low as a dollar or two and go from there. Your return depends both on the success of the project and the amount you go in for…just like any other investment.

I had a quick look this morning and found a young fellow in Managua who’s come up with an idea pertaining to the robotics components industry. He’s looking to raise $3k to get his “garage” project off the ground. With twenty days left to go [at time of writing], he’s already raised $4,700 from 93 backers around the world.

Think about that for a second. This means a kid in Managua will get his project off the ground thanks entirely to funding from voluntary interactions. He doesn’t have to apply for a government grant or take out a student loan. He just needs to come up with an idea and tell the world about it. If people like it, they invest in it. Easy.

And there are plenty of other, larger success stories too.

Another watch project, designed to connect to smartphones through Bluetooth technology, sought $100k for their project. They raised more than $10 million.

And still another project sought a hundred thousand dollars to record a music album. They ended up raising over $1.1 million.

There are literally thousands of other, similar stories.

P2P crowd funding is not just a way to raise money…it’s also a way to test the market. In this fashion, it helps producers hone in on what customers tell them they want. Moreover, it represents the beginning of a fantastic and encouraging funding transformation…and an answer to those who protest, with attendant intellectual indolence, “but without the state…how will we fund (for example) the arts…or technology research…or even infrastructure projects.”

Phooey to them! The answer, of course, is that people who want these things will fund them. And they will do so of their own volition…without the government’s coercive “middleman assistance.” Simple.

Over the past three years, the Kickstarter funding platform, one of many similar sites, has raised more than $323 million for over 10,000 projects around the world. Not bad for a bunch of hardscrapple startups. And not a bad start for the future of para-state cooperation.

Lastly, I want to leave you today with a story I came across only a week or so ago. Hands up if you’re familiar with this gentleman:

Salvatore Iaconesi is a 39-year-old artist. He is the technologist behind Art is Open Source, and a professor lecturing in digital design at La Sapienza University of Rome.

Salvatore’s story is absolutely inspiring; one that serves as a poignant metaphor for how individuals are finding fresh ways to circumvent old, bureaucratic paradigms to solve problems — our most pressing problems — in new, creative and, importantly, voluntary ways.

I was recently diagnosed with brain cancer.

This was shocking news. Sitting across from a doctor holding a clinical folder with your name on it, and hearing him say the words “low-grade glioma,” “language and comprehension areas of your brain,” “surgery” and “chemotherapy” is a very weird experience.

Salvatore’s article went on to explain the complexity of his condition and the difficulty in dealing with the current model of diagnosis and information sharing in the healthcare sector as it exists today. Frustrated with his situation, Salvatore did something revolutionary.

No stranger to the open source culture, the savvy technologist immediately went about converting his voluminous medical records into multiple, readable formats: spreadsheets, databases, metadata files in XML and video, image and sound files. He then published them online at The Cure. He wrote:

The responses have been incredible. More than 200,000 people have visited the site and many have provided videos, poems, medical opinions, suggestions of alternative cures or lifestyles, personal stories of success or, sadly, failures — and simply the statement, “I am here.” Among them were more than 90 doctors and researchers who offered information and support.

A renowned geneticist also came forward and offered to sequence the genome of Salvatore’s tumor after his pending operation so that the medical community may learn more about the nature of his disease…and how to treat it. Again, the information will all be open source.

What might this mean for the future of medicine? Imagine how this will affect the sharing of information…regardless of time and location. Think of the wealth of scientific knowledge around the world, greater than any one man or team or hospital, that can be tapped, peer-reviewed, collated and catalogued for all to see and to learn from.

“As of now,” Salvatore concluded his article, “my cancer growth has stopped. We are waiting for the next test results to decide when and if to proceed to surgery.”

His progress is published online…and experts continue to contribute information and discussion to give Salvatore the best chance at a successful recovery.

At the first Rancho Santana Sessions conference, I urged people to give up on revolutions…be they Tea Party, Occupy or other. Give up on writing your congressman. Give up on pushing for change at the ballot box. Many a good and noble individual went to his grave having wasted valuable time and energy attempting to “throw the bums out.” As we know, when it comes to politics, the asshole supply is virtually without limit.

What we need is not a revolution which, by definition, only brings us back to our point of origin. (It’s why they say “history repeats.”) What we need is an evolution…a way to think beyond the false dichotomy offered by the Robamas and the Obamneys of the world.

Each and every day individuals are cooperating, sharing information, innovating and circumventing the fuzzy-knuckled, rule-by-jackboot mentality of The State. And they are doing so without asking permission.

They are building new models so clinicians and diagnosticians can share critical, life or death knowledge across arbitrary borders and neanderthalic, governmental jurisdictions.

They are working to create secure, cyber-cryptographic currencies that may eventually render central banks irrelevant and expose their thieving practices for exactly what they are.

They are providing new communication portals, through which individuals can come together peacefully in peer-secured environments to exchange goods and services without the state’s taxing and, worse still, “helping.”

The free market conversation is dynamic and exciting and full of promise and possibility. Its opposition, by contrast, will be remembered by future generations as a sad and unfortunate episode in the bawling infancy of our development as a species.

So let The State drive off the “fiscal cliff.” And good riddance to it!

As we’ve said before in The Daily Reckoning…

If your answer to the question “but who will build the…?” is, “the government”…then it is not government you are lacking. It is imagination.

Joel Bowman,
for The Daily Reckoning