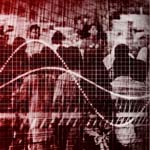 The State is Doomed...and Other Reasons to be Optimistic

The last few times I was invited here to speak, I talked about anarchy…the trend toward mass, geo-political decentralization, currency collapse, sovereign defaults…and the end of the global economic system as we know it.

For reasons unknown to me, people thought I was being pessimistic.

So today, I’m going to try something different. Something cheerier, peppier.

Therefore, the title of this presentation is:

“The State is Doomed…and Other Reasons to be Optimistic”

I’m fairly confident members of this audience have better things to do with their time than to follow tedious political cycles in the news. For those of you lucky enough to have escaped the circus, I’ll just let you know that there was an election in the US recently.

It was between this guy…

They agreed, in other words, on basically all the major issues.

That means anti-liberty…anti-freedom…anti-individual…anti, in a word, You.

But…according to the system in place…one of them “had” to win.

As the terminally quotable Emma Goldman once quipped: “If voting changed anything, they’d make it illegal.”

Those following the election through the Daily Reckoning lens might have caught our own brand of commentary in the lead up to the election. I pulled this from a column I wrote titled, Obamney vs. Robama:

Gradually, the non-voter class is wizening up to the fact that the act of voting is more akin to kissing one or the other cheek on the same bloated derrière than exercising any quaint, propagandized notion of “civic duty.” After all, a buttock smooch will not change the chief function of that end of the political anatomy. Indeed, the soft seat of the body politick is built for expelling one thing and one thing only…as the candidates dutifully and effortlessly displayed.

Happily for us non-voters, we were once again the majority:

Nevertheless, President Obama’s reelection sent a secession wave across the nation. Or at least a ripple. I covered this in a Daily Reckoning column titled, perhaps optimistically, The Road to 7 Billion Secessionists.

Perhaps unsurprisingly, it was the Texans who led the charge. Here’s a snippet from their petition, as filed on a dot.gov website. (Because really…what better way to “stick it to the man” than to visit his website and kindly beg of him permission to do so?)

The US continues to suffer economic difficulties stemming from the federal government’s neglect to reform domestic and foreign spending. The citizens of the US suffer from blatant abuses of their rights such as the NDAA, the TSA, etc. Given that the state of Texas maintains a balanced budget and is the 15th largest economy in the world, it is practically feasible for Texas to withdraw from the union…to do so would protect its citizens’ standard of living and re-secure their rights and liberties in accordance with the original ideas and beliefs of our founding fathers which are no longer being reflected by the federal government.

Seems a pretty reasonable list of grievances, no? And it wasn’t just folks in the Lone Star State who were annoyed at the “changeless change” coming to the White House.

Indeed, within a week of the election, some 675,000 rebels had inked 69 petitions, issuing forth from all fifty currently-united states.

Folks from Louisiana, Florida and Georgia were among the most enthused of the seditious lot, garnering 36,738…34,468…and 31,799 signatures respectively. Tennessee, North Carolina and Alabama all posted more than 30,000 names.

Robamney has promised to grant a generous “review of online proposals” to petitions that attract more than 25,000 names.

Ah…can you smell that freedom?

But before our Fellow Reckoners grab their muskets and go charging off blindly to join the good fight, a little perspective may be in order.

31,799 signatures might seem like a lot of support…but it still lands the Georgian secession petition shy of the 33,869 signatures currently accrued to the Petition to “Not Allow The FDA To Regulate Premium Cigars.” To be sure, however, it did beat out the 31,788 brave and treasonable individuals championing the petition to “Finalize Standards for GLUTEN-FREE Labeling.”

There’s little doubt that the secessionists are in the minority…for now.

Still…there’s often value in being part of a minority…like the minority of people who decided to buy gold in 2000, when Bill Bonner issued his Trade of the Decade. In fact, I rather suspect attendees at Agora conferences are more comfortable residing in the minority than joining the longer queue. Independent minds find little comfort in the false security of consensus.

So why are folks…at least SOME folks…so upset?

Well, at $16.2 trillion, the national debt comes to roughly $50k per man, woman and child…or nearly three times that much per taxpayer. At current growth rates, that amount will explode to over $22 trillion by the next election, or roughly $70k for each and every beating heart in the union.

But who pays what?

Some say everyone needs to pay a “fair share.” But what constitutes “fair”…and who is so wise as to decide? Is it fair, for example, to simply divide the total amount outstanding among 300 million or so individual “Americans”…each of whom happen to have been birthed, through no fault or accomplishment owing to them, on a particular piece of land? And what about the generation not yet even born? It seems more than just a breach of decency to stick them with the bill for boondoggles they were not even alive to see pass.

Predictably, therefore, not everyone is happy with this arrangement. You’ve seen the pictures from the Occupy protests around the country. Here’s one from Oakland.:

Judging by the demographics represented in these protests, one may determine that this particular movement has something to do with this trend…

All of which brings us to the last stage of what I’m going to call “Late, Degenerate Statism.”

The State is always, and has always, been an unworkable delusion. The great empires of history have all gone to ashes in service of precisely that point. Not one has survived the burden of its own aspirations. Each succumbs, in its own good time, to inexorable decay.

Often times, the final stages of Late, Degenerate Statism involve wanton acts of desperation, where broke and broken States try everything to hold onto and exercise brute power over those it affects to serve. We are talking here about capital controls, increased and burdensome regulation, censorship, surveillance, a tendency toward power centralization, consolidation of crony-corporate interests and, ultimately, police militarization or, The Police State.

Protesters, in addition to voters, need to be careful what they wish for…lest they get it, as the great H.L. Menken once said, “good and hard.

Tracking this trend, a Center for Investigative Reporting study found that local and state police forces were the merry recipients of $34 billion in federal grants since September 11, 2001. What does all that money buy you? A whole lotta servin’ and protectin’…

Just look at this spiffy new Serve and Protect Vehicle, for instance, recently purchased by the Doraville Police Department in Georgia.

“The Devil Went Down to Georgia…”

This regression is all part and parcel of, as I mentioned earlier, Late Stage, Degenerative Statism. What we’re seeing here is a graphic display of precisely what it is The State does and, more importantly, how it trends. That it is collapsing around us is cause not for lamentation, but for celebration.

In tomorrow’s issue, we’ll spend some time detailing a few ways in which the free market is developing creative workarounds to The State’s repressive and, thankfully, moribund existence.

Joel Bowman,
for The Daily Reckoning