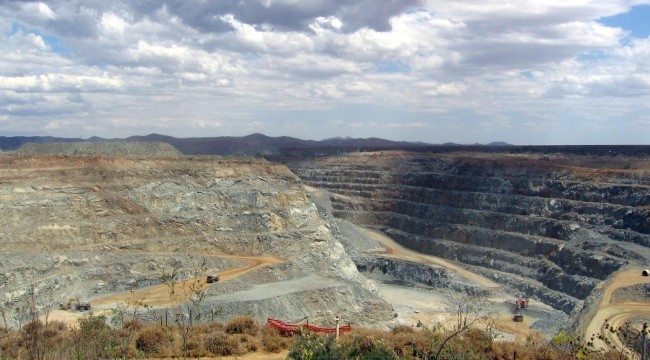 The Secret to Successfully Investing in Junior Miners

The market for gold stocks looks like the bottom of a bird cage.

It’s a mess. I probably don’t need to describe the scene, but I’ll put some numbers here for posterity’s sake: The GDX, a popular ETF of gold mining stocks, is down almost 80% from its peak in 2011. And the GDXJ, made up of junior gold miners, is down almost 90%.

But unlike the bottom of a bird cage, there is opportunity for whoever wants to sift through it. Steven Dean is one of those guys. I’d like to introduce you to Steven and what he’s doing.

I met Steven at a dinner held at The Flying Pig in Vancouver. There were several other investors and analysts there. I’d bet you’d recognize the names of at least half the people at the table.

Steven is the CEO and chairman of Atlantic Gold, which trades in Toronto under the ticker AGB. What makes Atlantic Gold different is it started life with no assets. It began with a pile of cash and a countercyclical idea: to acquire advanced projects in mining-friendly jurisdictions.

Steven and his team looked at over 130 properties in three years. That’s sifting through the bottom of the bird cage. Only late last year did he finally find something he liked.

Atlantic sets a high bar. There are a number of technical hurdles, but the most important may be that Atlantic must see at least a 20% annual return from the current gold price. Speculators on gold they are not.

The resources Atlantic acquired last year are in Nova Scotia. By all accounts, they appear to be high-quality deposits. Atlantic’s team believes it will deliver a 30% annual return and will pay for itself in two years. The estimated mine life is eight years, and the all-in costs come in at just under $700 an ounce.

At dinner, we went through pages of technical material. I will gloss over these here. Suffice it to say, the project is good enough that Steven believes he can finance its development entirely with bank debt and cash on hand. (Recall the two-year payback.)

Atlantic continues to look for more such properties. There was some debate at the table whether Atlantic should move forward and develop the Nova Scotia assets or if it should focus more on its salvage efforts on the bottom of the bird cage. Steven seemed to think Atlantic could do both.

Steven has more than 30 years of experience in the business. He’s been in the gold business continuously since 1987. He was president of Teck Cominco and co-founded Amerigo Resources, among other things. His top managers all also have at least 30 years of experience. They are also invested in Atlantic, with about 20% of the shares.

One interesting part of the dinner was a separate presentation Steven gave that did not have to do with Atlantic per se. He titled it, “The perils of project evaluation in the gold industry… and why it deserves its bad rap.”

I was interested in Steven’s perspective, given his long experience in mining. I’ll relate some of the highlights of what he said because they are timeless observations on the cyclical nature of markets at work.

He began by recounting some basic facts. The price of gold surged from about $300 an ounce to $1,800 an ounce in a decade. The markets were happy to pour money into miners until 2011/2012. The result was “extraordinary returns… for those who exited their investments on a timely basis.

“Over that time, however,” Steven pointed out, “the industry got lazy and comfortable. And amateurs got into the business (again).” The industry lost its capital discipline and soon lost credibility with the market.

It got worse. Costs rose far more than inflation (as measured by the consumer price index, bogus as it is). The costs of steel and energy soared. Labor, too. And then there were some foreboding dynamics at work in the deposits themselves. As the price of gold went up, so did the amount of “mineable” gold… but costs per ounce went up too.

Steven went through an example. At $500 an ounce, a deposit might “optimize” at reserves of 12 million tonnes at 2 grams per tonne, or g/t (reserves being an industry word for what’s economically extractable). But at a gold price of $1,500 an ounce, that same deposit may now show 40 million tonnes of reserves, but at 1.3 g/t.

In other words, the higher price made the resource look larger, but you have to mine a lot more rock to get a given ounce of gold — which is more costly.

And then the games start. Steven ran through a case study — based on something that really happened — any gold investor should know as a peril.

Now Project Bonanza can revise its estimates. Now reserves are 26 million tonnes at 1.2 g/t. Cash costs are now $1,200 an ounce. Bonanza announces a 50% increase in throughput to 3 million tonnes. Capex is now $200 million.

Why did this happen?

Bonanza was overly optimistic in its initial assumptions. It failed to adequately provide for the grading dilution. And capex ran over budget due as industry costs rose.

It’s worse than that, because even with certain disclosure requirements — such as the 43-101 — it is easy to get the result you want. As Steven put it, these requirements “did not stop consultants from generating estimates to meet the demands of their ‘paymaster’ with archaic technology and excessively optimistic assumptions.”

As Steven said, 95% of the projects Atlantic looked at failed technical due diligence. It’s an area where it is easy for a management team to fool investors. Geologists won’t help you. Steven pointed out that “mining a deposit is more about numbers and less about geology.”

How does an investor deal with this kind of uncertainty and scope for skullduggery? How to invest in projects that will become mines and not case studies for failure? Steven had an answer I liked.

“Pick your people,” he said. “Invest with those who have done this before.”

Steven and his team have built mines all over the world. They have done this before. Steven, on his resume alone, is one of those you can trust. Atlantic Gold is far too small for me to recommend. But I’ll be interested to see how the story plays out.

We drained the last glasses of wine (sadly), the waitress cleared away the plates and we walked out into the cool evening air of Vancouver. I thought to myself, I should tell readers about the risks Steven talked about, even if they have no interest in Atlantic Gold. Be careful with whom you invest — and not just in mining. Picking your people is good advice in any sector.

P.S. You don’t have to be a gold bug to realize that adding precious metals to your portfolio provides a measure of protection against the out of control spending of central banks. And since so many people have been down on this space lately, it can be a great place to look for bargains. When you sign up for the Daily Reckoning email edition and you’ll gain access to a free report that details the 5 best ways to invest in gold right now. It’s just one of a handful of great reports you’ll find in the FREE Daily Reckoning Research Library. Don’t wait. Sign up for the Daily Reckoning, right here, to access them all. You’ll also get access to my “Trade Secrets from Investing Legends” report and much more.