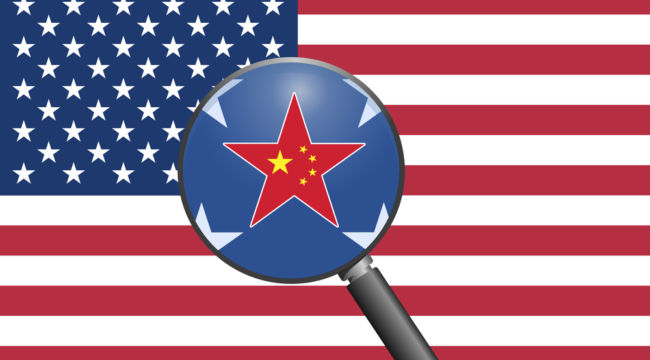 With China grabbing all the negative headlines lately, I thought it would be a good idea to step back and look at the big picture, highlighting the great triumphs of this country.

Some of my readers worry that I am “soft” on China, too optimistic about the prospects for freedom there and unwary of the Chinese threat to the U.S.

As one reader recently wrote, “At the end of the day China is still a communist country” that “does not recognize the right to private property” and therefore can steal our intellectual property without any twinge of conscience.

I love this comment because it gets us right to the heart of things: Is China still a communist country?

Not: Does China have lots of politicians who ritually declare themselves communists? (It does.)

Or even a few who deep in their hearts still yearn for the good old days of Mao? (They exist.)

But is China a communist country, a nation of 1.4 billion people living under anything we would recognize as communism?

My answer is: “By their fruits, you shall know them.”

Not Your Average “Communist” Country

What China has achieved over the past three decades could not have been accomplished by a communist nation.

My reader makes clear in the rest of his letter that he grasps the economic power and moral imperatives of capitalism. He knows that genuinely communist regimes have always and everywhere impoverished their people, that command and control economies fail miserably and murderously, destroying more wealth than they create.

Every long-standing communist regime has survived only by tolerating some free market activity, even if only the black markets that sprout up everywhere when real free markets are suppressed.

Yet here we have China, for several decades now the fastest-growing economy in the world and now the second-largest economy, and certainly the most innovative of any large economy. (Tiny Israel dominates the welterweights.)

Wealth That Cannot Be Stolen

Chinese insurance companies are bringing diagnostic tools powered by artificial intelligence (AI) to tiny Chinese medical clinics around the country, setting up same-day appointments with medical specialists in a country in which previously many people went a lifetime without ever meeting a real doctor.

Furthermore, the Chinese internet and social media companies combine every offering of Facebook, Google, Amazon, Spotify and more and do all of them better.

Are these conceivably the fruits of communism?

American politicians love to accuse China of stealing our technology. They attribute Chinese economic growth not to the growth of freedom but the rewards of larceny.

But as upholders of capitalist morality, they should know that in the hands of a thief, all gold turns to lead and all diamonds revert to the coal from which they came.

The Chinese have surely benefited from the explosion of learning in the capitalist world sparked by the invention of the transistor at Bell Labs in 1947.

Yet all the crucial advances flowing from that moment have been thoroughly documented in prestigious journals and textbooks, debated in industry conferences open to the world and pitched by sales forces whose job is not to conceal technological advances but to reveal their wonders.

That interchange of ideas — and the furious competition it powered — was not a threat to American prosperity but rather its very source.

Now come the Chinese, suddenly more free than anyone of my generation ever expected. And because they are more free, because capitalism (and Christianity) are on the rise in China and communism in any genuine sense in general retreat, the Chinese have become powerful competitors — and great innovators.

And as innovators, the Chinese are a blessing to America, challenging American companies to adopt Chinese innovations and surpass them.

This sudden, astounding change in the plot of the story — China free and rich, rather than poor, enslaved and angry — is a blessing almost beyond imagining. China enriched will enrich America and the world.

Should we regret how much China has changed in three decades or pray that the change continues?

To me, the answer is clear.

But one dynamic to worry about with U.S.-China relations is the so-called “Thucydides trap.”

That’s when an established power fears that a rival is gaining in power and will soon overtake it. War is often the result.

Among the earliest of historians, Thucydides wrote 2,500 years ago about the Peloponnesian War between Athens and Sparta and the events that finally doomed both of these powers.

Harvard’s Graham Allison sums up the concept: “It was the rise of Athens and the fear that this instilled in Sparta that made war inevitable.”

He considers 16 instances over the last 500 years in which a hegemonic power such as the U.S. was confronted by a rising power such as China. War resulted 75% of the time.

In the case of Britain and the U.S. after World War II, no conflict erupted. Therefore, Allison has some hope that war avoidance is possible in this predicament. But he sees China and the U.S. on a collision course.

In reality, Chinese influence in the South China Sea is as inevitable as U.S. influence in the Gulf of Mexico. To flaunt American naval power in the region is needlessly provocative and gratuitous.

It may be that great powers do indeed desire to rule, but they learn to restrain themselves by accurate calculation of their own power and that of others. They do not engage in wishful thinking and grandiosity. Pluralism, not domination, is the proper end of power politics since power is always distributed to some degree. The trap that Thucydides worries about is not a rear-end collision, but that a great power deludes itself into seeking domination of all others.

Both China and the U.S. should take note.

Gustafson continues: “Graham Allison and American policymakers need to be as self-reflective about America as they are about the rise of China…

“If there is to be real American greatness, it needs to be drawn from the vision of an international system of free independent nations who peacefully trade with each other, learn from each other’s cultures and show restraint.”

My rule is that real threats to the U.S. come from failed states with nothing to lose, not from an ascendant country such as China with huge trading interests around the globe.

If we didn’t constantly harass the Chinese over their Uighur Islamist problem (over 1,000 incidents, 500 dead), they might well be our allies against real terrorist threats.

The best strategy for Americans is to support capitalist companies in China, not needless adventurism in the South China Sea.

I’m in China right now looking for investment opportunities — and innovations American companies can learn from.