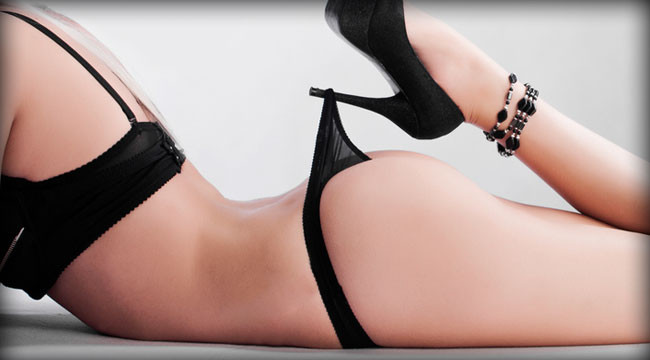 In the Huffington Post last week, Glenn Greenwald, Slate contributor Ryan Gallagher, and Ryan Grim had an investigative piece reporting that the NSA had been tracking the online porn-viewing habits of several Muslim leaders whom it viewed as radicals. A top-secret document shows that the agency was considering exposing these firebrands’ Internet dalliances as a way of discrediting them. Whether it followed through on that proposal is not clear.

At first blush, this seems rather ho-hum as spying scandals go. Gathering dirt on an enemy’s sex life is one of the oldest tricks in the spying book. That the NSA carried out its surveillance via the Internet does not inherently make it any better or worse than bugging someone’s bedroom ceiling fan. And it’s certainly less messy and ethically troubling than trying to ensnare someone by sending a sexy double-agent to seduce him.

Few downfalls are more satisfying than those of self-righteous demagogues undone by their own hypocrisy.

In fact, if the targets of this operation were indeed militant radicals bent on fomenting terrorist attacks in the name of religious purity, using their own dirty minds against them would seem a rather apt and relatively peaceful way of undermining them. Few downfalls are more satisfying than those of self-righteous demagogues undone by their own hypocrisy.

Former NSA general counsel Stewart Baker made just that point in the Huffington Post piece. “If people are engaged in trying to recruit folks to kill Americans and we can discredit them, we ought to,” he said. “On the whole, it’s fairer and maybe more humane” than, say, bombing them. And an official government spokesman responded to the claims with the public-affairs equivalent of a yawn. “Without discussing specific individuals, it should not be surprising that the U.S. Government uses all of the lawful tools at our disposal to impede the efforts of valid terrorist targets who seek to harm the nation and radicalize others to violence,” said Shawn Turner, director of public affairs for National Intelligence. The unstated subtext: Remember, we’re talking about people who are trying to kill us here.

But are we really? It’s one thing to crow about Osama bin Laden’s apparently extensive library of explicit content. But from the Huffington Post’s report, it’s far from clear that the objects of the NSA’s latest porn-hunt are “valid terrorist targets.” Of the six people mentioned in the secret document, none were accused of being personally involved in any terror plots. Two were accused of promoting al-Qaida propaganda, a far murkier charge. And an analysis of their contact lists — which the NSA also intercepted and pored over — found that the three English-speaking targets hardly even communicate with militants at all. Just 1% of their contacts were found to be affiliated with an extremist group.

Yet the NSA document justified targeting all of them on the grounds that their audience “includes individuals who do not yet hold extremist views but who are susceptible to the extremist message.” Well then!

So what landed these would-be maybe sort-of potential radicalizers on the NSA’s bad side in the first place? In one case, it was arguing publicly that “non-Muslims are a threat to Islam.” That’s an ugly stance, sure, but hardly an uncommon one among fundamentalists of any faith. From the Huffington Post:

“Another target, a foreign citizen the NSA describes as a ‘respected academic,’ holds the offending view that ‘offensive jihad is justified,’ and his vulnerabilities are listed as ‘online promiscuity’ and ‘publishes articles without checking facts.’ A third targeted radical is described as a ‘well-known media celebrity’ based in the Middle East who argues that ‘the U.S. perpetrated the 9/11 attack.’ Under vulnerabilities, he is said to lead ‘a glamorous lifestyle.’ A fourth target, who argues that ‘the U.S. brought the 9/11 attacks on itself’ is said to be vulnerable to accusations of ‘deceitful use of funds.’”

These targets sure are unfortunate to be Muslims living in the Middle East. Because, by these standards, there are 9/11 conspiracy-mongers all across America who would count as “valid terrorist targets,” not to mention a few “respected academics” who hold tenure at liberal U.S. universities. Will the NSA be publishing their peccadillos next?

Of course not, insist government officials, brushing aside reminders that J. Edgar Hoover’s FBI once infamously collected quite similar dossiers on the likes of Martin Luther King, Jr. “The abuses that involved Martin Luther King occurred before Edward Snowden was born,” snorted Stewart Baker, the former NSA general counsel. He said there’s no reason to believe the agency would overstep its authority by spying on U.S. citizens for political reasons today.

Actually, there is. The whole cascade of Snowden revelations amounts to a glaring reminder that secret agents with broad access to people’s personal information and little to no public oversight have little incentive to err on the side of caution or respect for privacy. The scandal here has little to do with the agency’s methods — snooping on people’s porn habits via the Internet — and much to do with the trouble it has distinguishing between legitimate and illegitimate targets. Intercepting people’s Web queries may be “fairer and more humane” than bombing them to death, but it’s also a lot less conspicuous, which makes it easier to get away with.

Will Oremus
for The Daily Reckoning

Ed. Note: Government intrusion into your personal life is becoming more and more accepted (and legal) every single day. It’s sad and shameful, and those who advocate the use of such measures under the guise of liberty should be held accountable. Publicly ridiculed for their crimes against human decency. Alas, that likely will not happen. But you can take part in the next best thing… Sign up for the FREE Laissez Faire Today email edition to learn more.

Will Oremus is the staff writer at Slate covering technology, science, and the future. He is also the lead blogger for Future Tense.