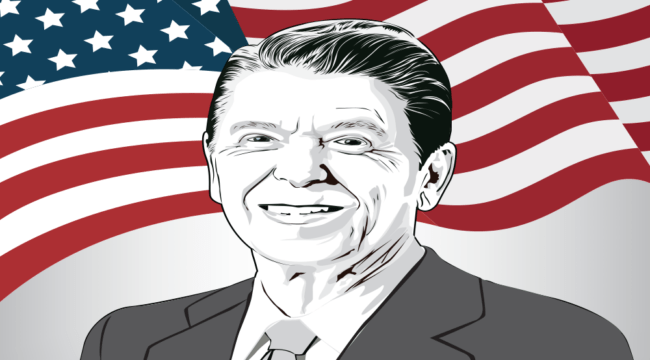 Mr. Brian Deese, reigning National Economic Council Director: “Government must be a powerful force for good in the lives of Americans.”

Today we bolt the doors, plywood the windows… and scramble for the bunker… terrified…

For the government is here to help.

The more government “helps”… the graver the menace.

Take as your guide the “War on Poverty.”

Has the United States government ever consecrated itself to a holier cause?

The battlefront is hopelessly stalemated.

Take also the “War on Drugs.”

Illegal narcotics intake is no lower today than the day war was declared in the 1980s. It is possibly higher.

And why is Central America a den of violence and corruption?

Because the intoxicating contraband commands premium prices on the black market.

High prices encourage a brisk trade… and violence among rivals… and corruption among officials.

Why are Central American hordes massed along the United States border?

The War on Terror

Would you declare victory in the “War on Terror?”

Osama bin Laden and Saddam Hussein are both bonfires in hell, it is true.

And the United States proper has not endured high-end terrorist mayhem in 20 years. This we concede.

But Iraq may be the greatest foreign policy wreck in American history. The United States will soon abandon Afghanistan to the delicate mercies of the Taliban.

It is still buccaneering in Syrian wastes.

And the Transportation Security Agency still terrorizes grandmothers and grandchildren in American airports.

To these we must add the War on Coronavirus…

Illness: The Health of the State

“War is the health of the state,” argued German sociologist Randolph Bourne over one century ago.

We have since learned that illness too is the health of the state.

Americans took not to the trenches to wage this war, but to the couches.

We were instructed to stay at home to “stop the spread.”

The Trump administration mobilized for war… ladling out trillions and trillions to keep the unemployed going… to purchase ventilator machines… to keep shuttered businesses in funds.

Dr. Anthony Fauci was installed as unofficial War Secretary — with all attending dignities and honors.

And the Biden administration has launched new offensives.

Is Stealing From the Kids and Grandkids “Good?”

And so it reached its grasping hand into the future. It pickpocketed the children and grandchildren.

It cashes cheques against the future account… leaving tomorrow spare… and meager.

But the children and the grandchildren — the pickpocketed — do not vote in today’s elections.

They are prisoners of war.

Who then does the $1.9 trillion larceny enrichen? The answer of course is today’s voters. Specifically:

The penny-catchers, grifters, chiselers, scoundrels, rascals and rogues whose hands are forever out — palms up.

That is, it largely butters politically favored “special interests.”

Consider: A dollop of the $1.9 trillion — perhaps 10% — oozes into the households of Mr. and Mrs. Jonathon Doe.

A Powerful Force for Good

The administration plans another $2.25 trillion larceny.

The crime is cloaked in the saintly robes of “job creation” and “infrastructure”…  to help… to be a “powerful force for good in the lives of Americans.”

Yet our agents have smuggled a look at the blueprints. They report that perhaps 10% of the money — on the high end — funnels into infrastructure.

90% goes to being a powerful force for good in the lives of Americans. The Wall Street Journal:

The centerpiece of their program — a multitrillion-dollar proposal… less than a month after a $1.9 trillion stimulus — seeks to give Washington a new commercial role in matters ranging from charging stations for electric vehicles to child care, and more responsibility for underwriting education, incomes and higher-paying jobs.

The administration has also laid the groundwork for regulations aimed at empowering labor unions, restricting big businesses from dominating their markets and prodding banks to lend more to minorities and less for fossil-fuel projects…

Bill Clinton declared in 1996: “The era of big government is over.”

It never ended of course. But today the do-gooders, sob-mongers and tear-squeezers are no longer coy about big government.

The need for whispers is over. Now they blow bugles:

It all marks a major turning point for economic policy. The gamble underlying the agenda is a belief that government can be a primary driver for growth. It’s an attempt to recalibrate assumptions that have shaped economic policy of both parties since the 1980s: that the public sector is inherently less efficient than the private, and bureaucrats should generally defer to markets.

Joe Biden’s so-called Infrastructure Plan is one of the greatest Washington power grabs ever. It has the Federal government preempting the role and financial responsibility of nearly every other institution in American society — private companies, state and local governments, school systems, port, airport and transit authorities, even families, nonprofits and philanthropies.

That is, the administration plans to do well for itself… by doing “good” for the country.

It is racing 100 miles per hour to deliver the goods.

And the national debt clock can scarcely keep pace.

“Democracy is the theory that the common people know what they want, and deserve to get it good and hard,” said Mencken.

We do not know if the people want the good they are presently getting. We hazard that most do not.

They are getting it nonetheless — good — and hard.