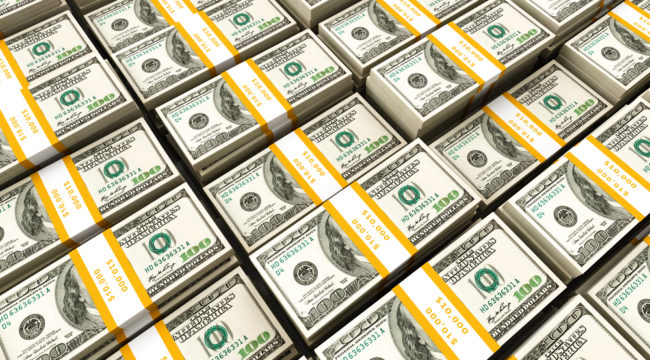 Today we poke it, prod it, shake it, heckle it, harass it, roughhouse it, waterboard it… and see if it holds together.

Did you miss yesterday’s reckoning?

Before pressing on we suggest you first catch up here.

As explained yesterday, MMT is drawing a crowd nowadays.

Its drummers claim it is a powerful tool to invigorate the American economy, sitting needlessly idle.

They further claim it can fund ambitious social programs — all without raids upon the taxpayer.

And, if interest rates are shackled down, without blasting the deficit.

The printing press will supply the money.

If inflation begins to menace, that is evidence the economy throbs at full capacity.

The tax man will then round up the excess cash… and jam inflation back in its cage.

The Treasury — not the Federal Reserve — will essentially boss the economy.

We simplify the business some — and not all MMT-ers speak as one.

We nonetheless believe we have drawn a serviceable sketch.

But can MMT meet its advertising?

We first note that Modern Monetary Theory goes under a false label.

It is not particularly modern.

MMT has a grandfather in what is called the “Chartalism” school of the early 1900s.

Chartalism was an assault upon against the gold standard.

But let it pass for now.

We now turn to MMT’s central claims that:

A) It is a spring of broadly shared prosperity, and…

B) It can deal with any inflationary menace it sets loose.

Our premise is short. And it is sweet… “like the old woman’s dance.”

Money measures wealth — it does not create it.

Imagine a benevolent fairy slips money into all the nation’s pockets overnight… and doubles the money supply.

If only it were.

The money supply has been doubled. But no additional goods have entered existence.

We can therefore expect prices to approximately double.

MMT may fill the pockets of the unemployed. It may bring health insurance to the uninsured.

But it cannot increase the stock of hamburgers, computers, doctors or hospital beds.

It will only raise their prices.

If prosperity sprang from the printing press, Venezuela would be rich beyond all avarice.

Yet life’s bare essentials are out of reach for many… and the storefronts gape empty.

And does a blitz of money equal full employment?

The IMF informs us Venezuela’s December unemployment rate was 33%.

The same IMF projects a 40% rate by year’s end.

Weimar Germany is a Switzerland next to it.

In summary… money is not wealth.

Not only is [MMT] a recipe for massive inflation but it will also cause chronic depression… The newly printed money will not cause an initial economywide boom because it will not be injected through credit markets driving down interest rates and stimulating investment.

Rather it will go directly into the Treasury, allowing the government to immediately increase its spending on welfare programs, guaranteed-job programs, the “Green New Deal” and wasted “investment in infrastructure.” It will thus siphon off labor and other resources from productive investment… reducing genuine savings and capital accumulation.

All debt-based consumption steals from the future to gratify the present. It is tomorrow’s consumption pulled forward. And it leaves the future empty.

MMT lives for today. It signs a perpetual check against an overdrawn future.

Think of an MMT crisis as an economic black hole sucking all value from further and further future generations into a gravitational vortex of the present moment, where all value collapses in on itself and disappears forever.

But let us proceed to claim B…

Can MMT put down the inflation it spawns?

We remind you that under MMT, taxes would soak up the excess money supply. This is its chief anti-inflation mechanism.

The Congress of the United States.

Imagine MMT assumes force of law. Imagine further that it yields a vast inflation with no corresponding growth.

Is it your belief that Congress would raise taxes on the suffering classes in such a season of need?

The economy would be already at a stall. A tax increase would only sink it into recession — or worse.

Is not the entire point of MMT to stimulate the economy?

But assume the tax hikes go through.

The economy goes upon the skids. But the government must keep the printing press whirring to service the expanding deficit.

That is, the presses run reveille to taps, seven days of the week.

A dreadful stagflation is the result.

The recurring increases in taxes will not arrest the inflation, because the government will continue to run fiscal deficits by financing its ever increasing spending with new money. This would be the worst of both worlds: massive inflation proceeding hand in hand with chronic depression.

Even Paul Krugman — arch-salesman of the Keynesian product line — shakes his head at MMT.

And as one wag describes it, MMT would have us all “sandwiched between hyperinflation and hypertaxation!”

We conclude that MMT is not modern whatsoever… but nearly as ancient as money itself:

The pursuit of alchemy

MMT is a 21st-century alchemy.

“I can tell you my secret,” said the immemorial fraud John Law — “It is to make gold out of paper.”

But rather than gold out of paper, his “secret” made paupers out of princes.

Pry it open, drill down to the bottom… and this is what you will find:

MMT is the eternal quest for the free lunch… water into wine… something for nothing.

That world has no existence.

But does that mean MMT will never be?

The present expansion, some 10 years running, goes on borrowed time.

And the next recession could knock us all flat.

MMT will likely be among the solutions on offer.

It will bear the slogan “QE for the people.”

The people, seeing little from QE for Wall Street, will yell for it.

It will be proposed in 2021, after the next election.

And President Bernie Sanders will sign it into law…