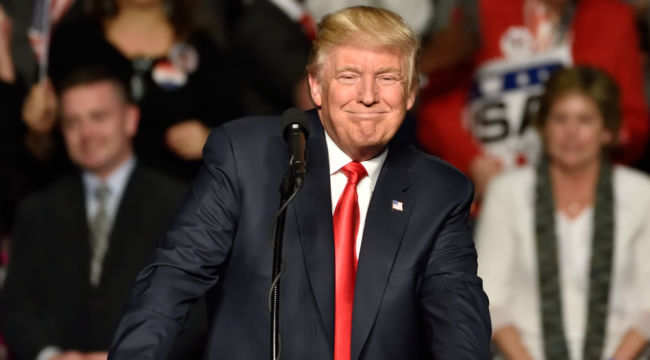 The Next Great Monetary Experiment

Thus the president delivered a blast for the stock market yesterday… for the first time since October.

Yesterday’s 435-point surge was substantially due to Jerome Powell’s pledge to be “patient.”

Further, that he is prepared to take his hands off the balance sheet:

The committee is revising its earlier guidance regarding the conditions under which it could adjust the details of its balance sheet normalization program.

Wall Street has him — as it had Janet Yellen, as it had Ben Bernanke, as it had Alan Greenspan before him.

And if need be, the Fed will expand the balance sheet. QE (quantitative easing) is the “unnamed” other policy tool he referenced in case lowering the fed funds rate proves not to be enough to strengthen the economy/markets.

It would furnish the wherewithal for a “Green New Deal,” universal health care, free college for all… and guaranteed employment.

You may think of it — if you wish — as QE for Main Street.

“[It] is coming,” warns analyst Kevin Muir. “Ignoring it would be foolish.”

The American people are losing trust in the present ways, argues Muir.

They see that QE, for example, has primarily enriched Wall Street. They in turn have scratched by on the leavings.

And they are eager for change:

The public has woken up to the fact that supply-side-trickle-down economics is not helping them anywhere near as much as promised.

You might think these sorts of tax-cutting pro-business policies are the best thing for our economy. So be it… But the tide is shifting away from this belief…

Society’s mood has changed and [these] concepts will continue to gain supporters.

But as you will see, Wall Street will likely line up behind it as well.

What is MMT precisely?

Below we do its picture in broad brushstrokes. Some of its details remain dim to us. They are also apparently dim to its boosters… we might note.

But to proceed in general outline…

Wikipedia defines MMT in this fashion:

A macroeconomic theory that describes the currency as a public monopoly and unemployment as the evidence that a currency monopolist is restricting the supply of the financial assets needed to pay taxes and satisfy savings desires.

Reduced to the language of the everyday, its meaning is this:

The government runs a monopoly on the currency. Citizens must pay taxes in the same currency. The currency therefore supplies its own demand.

Central to the theory is that government must first spend money into circulation before it can be taxed (the tax aspect will soon become apparent).

Furthermore, it enjoys a nearly unlimited capacity to print money.

MMT argues that government spending should therefore not be limited by the reach of the tax man.

That is, you needn’t crawl before the American people with hat in hand — gun in hand, actually.

You simply print the money.

If John is unemployed, if Jane cannot swing tuition, if Joe lacks health care… you simply print the money to fund the necessary programs.

Then you march it off for duty in the general economy, where it makes the shortages good.

MMT says unemployment, for example, is direct evidence that money is overtight.

Print enough and you have solved the crisis.

But didn’t the government print money like bedlamites after the financial crisis? How can money be tight?

Ah, but the trillions QE conjured went to the service of credit markets, where it braced the financial system.

It did not enter the Main Street economy. And that is why inflation never got to its legs.

With MMT the money goes straight to the Treasury.

It is then spent into public circulation, on a New Deal for example  — green, red, blue, purple or pink.

Or for free college… universal Medicare… jobs for all.

Here is your route to prosperity, they say, an economic El Dorado.

But perhaps it all brings you up short.

Does MMT not mean spiraling deficits, you ask? Who will pay for it?

But you ask the wrong questions, say the MMT theorists.

They — like Dick Cheney — will tell you deficits are largely irrelevant.

Do not forget, they remind you:

The government can simply print the money to cover its debts.

The United States government can never go broke. It can always print its way out.

Economist Stephanie Kelton advised Bernie Sanders during his 2016 fling at the White House.

She also captains the MMT cheer squad. From whom:

If you control your own currency and you have bills that are coming due, it means you can always afford to pay the bills on time. You can never go broke, you can never be forced into bankruptcy. You’re nothing like a household.

Now comes your next objection:

This MMT sounds like a recipe for immense inflation, even hyperinflation.

You are spending all this money directly into the economy. It will drive consumer prices through the attic roof, you say. This is crackpot. A witch’s sabbath of inflation would surely result.

Yes, but here the MMT crowd meets you head on…

They agree with you.

They agree MMT could cause a general inflation, possibly even a hyperinflation.

In fact, inflation is the one limiting factor they recognize, the monkey wrench jamming the works.

But they have the solution on tap: taxation.

Fill a tub. It runs over. You open the drain.

Under MMT the economy is the tub. Taxation is the drain.

Whenever inflation menaces, whenever the tub runs over, the economy is exceeding capacity.

The government then simply removes the excess dollars by taxing them out of the system.

And so inflation is licked.

Under the theory, in fact, stifling inflation is the primary purpose of taxation.

It is not to raise revenue. Remember the central role of the printing press under MMT.

But what about controlling inflation with higher interest rates?

Is not inflation the domain of the Federal Reserve?

No, says MMT — and this is why Wall Street will fall in behind it:

Interest rates must be pegged near zero for the entire business to function.

The Federal Reserve’s primary function is to keep them there.

From a New York magazine piece on MMT:

The primary way the government controls inflation now is through monetary policy: The Fed raises interest rates when it believes (correctly or otherwise) that inflation threatens a rise. But MMT thinkers tend to believe interest rates should be kept low and stable, regardless of inflation conditions… Without the interest rate lever, once MMT policymakers achieved their goal of an economy at full employment, the tool they’d have to use to control inflation is [taxation].

An economist named Warren Mosler is another grandee of the MMT movement.

Now can you see why Wall Street would embrace MMT with two arms?

But where is all this heading? Does it have a chance?

Tune in for Part II tomorrow.