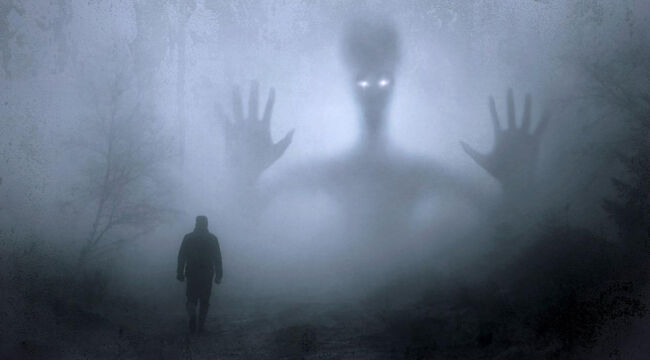 “What the market is worried about,” argues LPL Financial’s chief equity strategist… is “that the Fed breaks something.”

His co-worker, chief market strategist at the firm, continues:

The Fed has a very tight needle to thread here and I think investors and the market, in general, are losing a good deal of confidence that the Fed might be able to do that.

We hazard the market is justifiably a jitter.

Yet it proved merely a brief reprieve, a shattering delayed.

To what can we attribute the delayed breaks? The digestive capacities of investors, argues Ms. Susan Schmidt of Aviva Investors:

Investor sentiment seems to only be able to focus on one thing at a time. Yesterday, the Fed delivered as people expected. It was combating the consumer price index data that was much higher than people expected and raised concerns about inflation being so aggressive. Investors are now remembering that the counter to this is a slowing of the economy.

And the economy gives off multiple signs of slowing. CNBC:

There are myriad signs of a slowdown. On Thursday alone, real estate data for May showed a 14.4% monthly slowdown in housing starts at a time when there is a chronic shortage of homes. A Fed manufacturing reading showed continued contraction… Weekly jobless claims were higher than expected as well.

For a wobbling economy — an economy potentially entering recession as is — additional tightening promises shattered china.

If the economy does descend into recession, will the Federal Reserve exit the china shop? And will it attempt to glue the shattered dishes together through renewed rate slashings and balance sheet reflatings?

Under other circumstances it likely would. Yet there is a joker card in play — sky-shooting inflation.

The Federal Reserve cannot possibly choke off today’s inflation without breaking each and every dish, bowl, vase and cup on the shelves.

Yet even modest tightening can work substantial damages. The central question, again, is whether the Federal Reserve will capitulate.

We have argued — repeatedly — that the Federal Reserve will capitulate once it breaks enough china.

Allianz’s Mohamed El-Erian disagrees… evidently. He believes the Federal Reserve and the other central banks are experiencing “a great awakening”:

It’s about time we exit this artificial world of predictable massive liquidity injections where everybody gets used to zero interest rates, where we do silly things whether it’s investing in parts of the market we shouldn’t be investing in or investing in the economy in ways that don’t make sense. We are exiting that regime and it’s going to be bumpy.

Time will reveal whether Mr. El-Erian is correct… or incorrect.

Meantime, repeated calls go issuing for monetary “reform.” The Federal Reserve should do this and not that, do that and not this.

This is the reformer’s cry, the eternal cry.

Yet the late libertarian Frank Chodorov said most reform aspires to “clean up the whorehouse,” while “keeping the business intact.”

For a more fitting analogy we seek in vain. We file only this one caveat:

The whorehouse, for all its sin, at least does an honest trade.

A fellow vacates the premises somewhat lighter in the pocket — but often lighter in spirits to match.

He has gotten value for money. Can the same be said for the Federal Reserve?

The Federal Reserve’s very business is false. As we have maintained before:

For years the Federal Reserve twisted the road signs on the road to price discovery. East is west, west is east. North is south and south is north.

Or is north west? Is west south? No one can say.

The Federal Reserve has blocked off every southbound lane … and detoured all traffic into one single lane heading north.

And so it inflates bubble after bubble. See, for example, the technology boom of the late 1990s.

See, for example, the housing bubble that preceded the Great Financial Crisis.

See, for example, the “everything bubble” presently in collapse.

We would have the Federal Reserve cease its manipulation of interest rates altogether.

That is, cease distorting the price of time itself.

That is, cease shattering china.

But since we have entered the benevolent spirit of reform, let us propose our own modest reform…

Or… if it is true reform you seek, this we suggest in seven short words:

This — incidentally — is within the lawful power of the Congress of the United States.

Let the market find its own level — high, low, all points between them.

Turn the credit business over to borrowers and lenders on the free market — as the prices of chewing gum, floor mops and catcher’s mitts are turned over to the free market.

Let the devil take the hindmost.

Will there be losers?

Of course there will be losers — but does not the current arrangement yield its losers?

There will also be winners. And likely among them will be many of today’s losers.

Most importantly, it would likely wring the wild excesses from the financial system.

The booms would not thunder nearly as loudly — or for nearly as long. Nor would the busts bust too much china.

Thus, our simple proposal of reform, offered today in the highest spirit of public service.