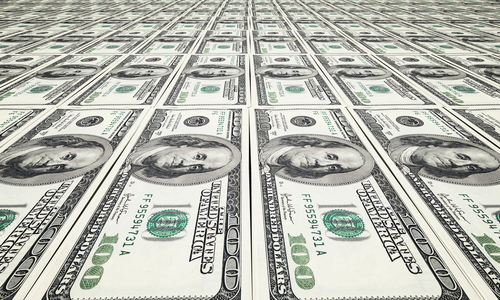 The Kabuki Theatre of Demopublicans, Part I

Doug Casey’s latest book, Totally Incorrect, gathers his iconoclastic views in a tidy package to stimulate and possibly dismay readers. In an interview with The Gold Report, Doug elaborates on some of his most radical ideas and offers his view of where the markets are likely to head in 2013.

The Gold Report: Doug, you have a new book out called Totally Incorrect: Conversations with Doug Casey. In one of those incorrect conversations with Louis James you said, “It’s not the US economy that’s facing a fiscal cliff, it’s the US government. People equate government with the economy. They are entirely two different things. The only way to revitalize the US economy is through both vast reductions in taxes and vast reductions in government spending. Instead, these idiots are arguing over how much to raise taxes and how little they can cut spending.” Now that we have avoided parts of the fiscal cliff and delayed addressing other parts, what are your observations?

Doug Casey: Nothing has changed. I am amazed to read about what is called a trillion-dollar platinum plan to get around Congress having to raise the debt ceiling. It’s actually quite comical that some people are talking about it as a solution; it’s Three Stooges economics. My only question is: Why not make it a $10 trillion coin? That would solve the problem for several years and release the government from even the fictional restraints on spending it now has. Actually, let’s do $100 trillion; why deal in half measures? It’s all a ridiculous charade at this point, the precisely scripted Kabuki Theater between the left and right wings of the Demopublican Party. The ending of the ridiculous drama is totally predictable.

Already the Chinese and the Japanese really don’t want to buy any more Treasuries to finance the deficit. So the Federal Reserve is buying most of it and crediting the accounts of the US government with the money it creates. Maybe it should ask the Chinese if it would like the trillion-dollar coin? At least it would have a cute collectible. The Chinese should insist on a 10-ounce-size coin, so it doesn’t get lost too easily.

But all kidding aside, the Fed may as well issue a $1-trillion coin. As the economy really goes off a cliff over the next couple of years, government outlays will almost necessarily go up and tax revenue will absolutely decline as the economy slows down.

DC: Because the government is such a massive actor in the economy today. Whenever a massive economic actor is bankrupt, there will be repercussions. There are around 2.7 million people directly employed by the federal government, by all the hundreds of agencies, bureaus, commissions, and whatnot; that’s been fairly stable for a long time. They say there are around 22 million employed by all levels of government, and that’s actually been dropping — non-federal governments can’t borrow any more, and they can’t print money. A few have declared bankruptcy.

But those numbers don’t include things like all the branches of government that have increasingly gone to using outside contractors, as the military famously does.

Some 25 million people, more or less, employed by government is one thing. That’s a lot. But of course, many are doing things that would otherwise be done privately. The real problem is so many major corporations have the state as their major customer — military and aerospace contractors, construction firms, computer outfits — everything you can imagine. Having your major customer bankrupt is a big problem.

But there’s much more. The US government has 50 million people dependent on food stamps, 7 million on disability, and scores of millions more on Medicaid, Medicare, and other programs.

In my ideal world, government would exist for two reasons: as a police force to protect the citizens, and as a court system to allow citizens to adjudicate disputes. The economy is far too important to be left to the government and the kind of people who are drawn to work in it.

The fiscal cliff and the bankruptcy of the government are important because so many people depend on the government for their livelihoods. Most major corporations are customers of the US government. It’s said fully 37% of Americans derive their income from the government. That is a gigantic distortion that has been put into the economy over many decades, and it has to be unwound.

TGR: Can it be unwound slowly over many decades or do we have to go over a cliff?

DC: It could be unwound slowly over many decades, but that would require a complete change in the way the American people think. Right now, the people who run for president or for Congress, for state legislature seats, and even local offices, actually think that government is a magic cornucopia.

This problem will not be solved unless that attitude changes, and I do not see how that will happen at this point. In fact, there’s every reason to believe it’s going to get worse.

TGR: Some European countries have implemented severe austerity programs. Will that help Europe turn around or are these programs just a slow, painful edging toward the same cliff?

DC: Europe is in much worse shape than the US. Socialism is totally ingrained in the psyche of the average European. The European idea of austerity is cutting back some government programs around the edges, making a few cosmetic changes. Maybe an occasional headline upbraiding a particularly egregious example of corruption. It’s all public relations and generalities. But the idea of pulling the plant out by its roots is totally anathema. That’s because they really believe socialism, welfarism, and all kinds of state intervention is morally correct. Most Europeans actually want a stronger state, all paid for with money stolen from a diminishing pool of productive taxpayers.

Most Europeans believe the state owes them a living and that the rich should be eaten to finance that. That attitude will not be changed without real tumult. There is no impetus for gradual change or reversal in Europe.

TGR: In the conversation titled On 2013, you say 2013 will be ugly, but merely a warm-up for 2014. Yet the economic trends appear to be positive: the end of quantitative easing by year-end, increased domestic oil and gas production resulting in inexpensive energy for decades to come, more manufacturing jobs, and less unemployment. Is this slow-growing economic recovery masking the effects of the deficit and unfunded liabilities, thus allowing politicians to kick the can further down the road? Why do you think 2013 and 2014 will be so bad?

As for things improving, yes, things seem better because we’re not actually in the middle of chaos. Well, actually we are, but only because it’s the eye of the hurricane. Those trillions of currency units that have been and still are being created make people feel more prosperous than would otherwise be the case.

It is in the government’s interest to keep those reported numbers as low as possible, in part because payments on things like Social Security are adjusted to inflation. In addition, people in government think the economy depends more on psychology than reality, and no one wants to set off a panic. I suggest people panic now and beat the last minute rush.