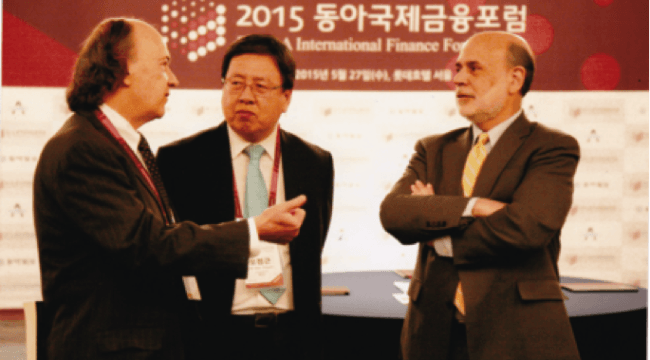 The Dollar Will Not Be Overthrown in October (Part I)

Blogs, newsletters, and inboxes are cluttered with dire warnings about an event in October 2015. That will supposedly overthrow the dollar as the global reserve currency and cause a catastrophic meltdown of the international financial system. In fact, nothing of the kind is about to happen.

There are important and significant events happening behind the scenes in the international monetary system. Monetary elites are meeting in Washington, Beijing and Lima, Peru. Decisions are being made that will impact global capital markets in the years to come, and there is a plan underway to solve the global debt problem by stealing your money through inflation.

But elites do not operate on the big bang theory. They do not announce radical changes overnight. They prefer to make small moves, year after year, through boring technical changes that few notice or understand. The elites have a plan to take your money. Yet they prefer a slow orderly approach, opposed to a rapid disorderly approach.

Here is a step-by-step walkthrough of what is really happening. You should not be frightened by the October scare tactics. You should be concerned about this long-term elite plan to destroy your wealth.

The centerpiece of the elite plan to wipe out debt and destroy wealth is the world money issued by the International Monetary Fund, the IMF. This world money is called the special drawing right, or SDR.

The SDR is actually not that complicated. The Federal Reserve can print dollars, the European Central Bank (ECB) can print euros and the IMF can print SDRs — it’s that simple.

The main difference is that we can keep dollars or euros in our bank accounts or wallets, but SDRs are for countries only. They are added to national reserves by the IMF. SDRs can be swapped for dollars, euros, yen or other major currencies using a secret trading facility inside the IMF in Washington. So the inflationary potential of printing trillions of SDRs is the same as printing trillions of dollars or euros once the recipients make the swap.

The main difference between SDRs and dollars or euros is that no one is accountable. When the IMF floods the world with SDRs, you won’t be able to blame the Fed or ECB. Few people will have any idea what’s happening. They’ll just find out the hard way that their savings have been wiped out by inflation.

With that as background, let’s look at a chronology of coming events. As events unfold, you’ll be able to see them in the proper sequence and perspective. We’ll be covering each in future issues, in our five recommended articles every Monday and in our live monthly briefings. Here’s the calendar:

The first thing to notice about this schedule is that it blends events from the Fed, the White House and the IMF. That’s a reflection of the fact that the IMF is closely coordinating its efforts with central banks and heads of state.

In the past, the U.S. Treasury was the primary agency involved with the exchange value of the dollar. The Fed focused on the U.S. economy but did not involve itself with the dollar in international markets. That has changed.

When I met Ben Bernanke in Korea recently, he told me he was heavily involved in discussions with the IMF in 2009 and 2010 on a variety of issues including IMF voting rights, issuance of SDRs, U.S. funding of the IMF and an increased voice for China. This four-way interaction of the White House, Fed, Treasury and IMF is now well entrenched.

Right now, traders and investors are focused on the Sept. 17 Fed meeting. Most observers expect the Fed to raise interest rates at that meeting. Fed Chair Janet Yellen has given markets little reason to think otherwise.

But the data tell another story. China’s growth is collapsing and the world is slowing down with them. The U.S. is not immune to this global slowdown. The Fed has an inflation goal of 2%, but the inflation measures watched most closely by the Fed are nowhere near that. The core personal consumption expenditure index is about 1.3%, is trending down and has not been over 2% since 2008. 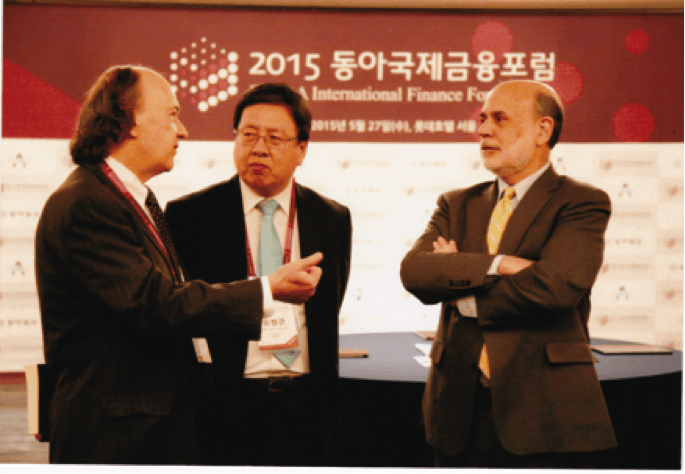 In my recent discussion with former Federal Reserve Chairman Ben Bernanke, we talked about how central banks and the IMF coordinate dollar policy in closed-door and behind-the-scenes meetings.

The U.S. employment cost index, another potential inflation measure, is also trending down and recently collapsed to a 0.2% level. Average hourly earnings have increased at an annual rate of 1.75–2.25% since 2012 and have lately moved down; after adjusting for inflation, those earnings have shown about zero real gains.

In short, Yellen’s entire dashboard is blinking red saying, “No inflation, no wage pressure and no reason to raise rates!”

But there’s another reason Yellen won’t raise rates in September, and it brings us back to the SDR story.

Right now, the value of one SDR is determined by reference to the dollar, euro, yen and sterling under a mathematical formula. China would like their currency, the yuan, to be included in that basket.

By itself, including the yuan in the SDR basket will not disrupt the international monetary system and will not overthrow the dollar as the leading global reserve currency. But it is an important sign of respect and does represent enhanced prestige, which China desperately wants.

Tomorrow, we’ll discuss what they have to do to be admitted, over what timeline, and what it means for you. Stay tuned…