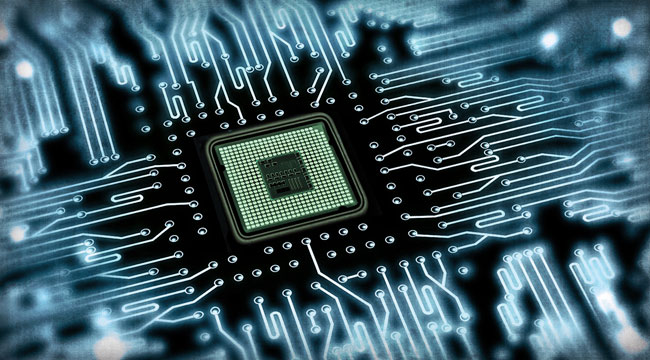 The Blessing and Curse of Technology

Even Boeing — the index’s most expensive component — scratched out a slight gain.

It slipped again today. But only slightly.

Boeing has been in the news since one of its new 737 “Max” 8 jetliners crashed to Earth in Ethiopia, claiming all 157 souls aboard.

Only months previous, another 737 Max met its own end under similar circumstances.

Yesterday the Federal Aviation Administration chained down the entire fleet of them in precaution.

Experts suspect a gremlin may have worked its way into the plane’s flight control software.

The president was on hand yesterday with his own technical assessment:

Airplanes are becoming far too complex to fly. Pilots are no longer needed, but rather computer scientists from MIT…

Always seeking to go one unnecessary step further, when often old and simpler is far better. Split second decisions are needed, and the complexity creates danger.

We cannot speak to Mr. Trump’s avionic qualifications. But we suspect he has hooked onto something here…

At the stroke of a key they will rally to your colors… and loyally execute your orders to the very last detail.

All at electronic speeds, no less.

That computers vastly facilitate human enterprise is beyond all cavil, beyond all argument.

The Dangers of Putting Computers in Control

In the case under consideration, experts suspect a wayward sensor misread the plane’s orientation.

Evidence suggests this identical error resulted in the Indonesian incident months prior.

The sensor reported the airplane was entering a stall.

The false rumor then spread throughout the circuitry… like gossip at a women’s club.

The misguided computers angled the nose down to gain speed — at an inconvenient moment shortly after takeoff.

Their human masters attempted an override. But the fake news was too firmly entrenched.

A general mutiny was underway… and the computers were giving the orders.

Only impact — violent impact — put down the insurrection.

A ghastly example, to be certain.

But we are all at the mercy of electronic masters, in ways large and small.

On the minor scale, we present a personal case recently in point…

A Personal Battle With an Electronic Mind

We keep our auto quartered in a gated parking garage. Both entrance and departure require the permission of an electronic sentry manning the gate.

Having secured assent, we drove out the garage Sunday last.

We returned later that evening, our papers fully in order.

We presented them in the form of a scannable plastic card, the required documentation.

But to our great dismay, we were denied entry.

We tried again. Then again. And yet again.

But the nonhuman guard just stood there, arms crossed, head shaking from side to side.

We zeroed in for a closer inspection…

The display insisted we were already inside the garage, and thus ineligible for entry.

That is, the electronics were under the theory that we had never left earlier that day.

We were going under a different theory — that we did leave earlier that day. And that we were on the outside, not the inside.

What is more, we believed the facts were solidly with us.

How else could we be parked before the entry gate… and not the departure gate?

But it was late at night. And no human court of appeals would adjudicate our case.

At that point we attempted to outstrategize the electronic sentinel.

We placed our salvation in a flanking maneuver…

We took our plastic square key over to the outgoing gate.

We placed it against the scanner, in full expectation that the gate would open. After all, we were playing into the electronic fiction then prevailing.

We could then return to the entry gate, and repeat the process. The gate would then open, based on news of our recent departure.

Alas… we were routed by a superior strategist.

The machine at the departure gate claimed — correctly — no auto was actually present. And it would not open the gate to let a nonexistent vehicle through.

We returned to our auto, frustrated, defeated… and resigned to exile.

Then a tiny light bulb flickered within…

We were so caught up in the war between man and machine, we could not piece things out until that point.

Immediately we punched a button. Out came a paper parking ticket, the type used by noncard holders.

The gate flung wide open, and an electronic voice — female — welcomed us inside.

No stranded motorist was ever so relieved to be rescued.

Having served its high and noble purpose of getting us past security, the paper ticket went promptly into the trash basket.

It will never be paid.

But brother — what an exercise.

Another personal example of technology’s honeyed venoms leaps to mind…

“What Ever Happened to the Ancient yet Reliable System of Lock and Key?”

The entryway to our apartment building features a similar arrangement.

You must pass a chunk of gray plastic — a fob, they call it — over a little red light by the door.

The red light will then switch to green, an electronic tone will bleep… and the door will spring open.

Last summer a vicious thunderstorm blew on through.

It took the power with it.

The entire neighborhood was reduced to darkness… and a temporary Stone Age existence.

We were out at the time of calamity.

Returning home, we discovered the thunderstorm had locked us out of our building.

All the lights were out — including the little red light by the door.

We were forced to take temporary shelter in a local establishment, lit only by candle.

The bar was nonetheless in full operation.

We were well into our cups by the time the lights winked on.

We instantly lit out for home.

There we were found the little red light back in service — a beacon of hope for a forlorn humanity, a lighthouse on a dark, storm-tossed night.

We performed the necessary ritual, red switched to green…

And in we came, one wing down after a heavy night at the bar.

If only the building management had heeded President Trump’s counsel — “often old and simpler is far better.”

What ever happened to the ancient yet reliable system of lock and key?

No thunderstorm would have locked us out of our building. And we would have been spared the entire dreadful business.

Some time spent in dark, quiet, drink-free solitude may have even done us a measure of good.

But our beat is money.

What about the perils of modern electronic money?