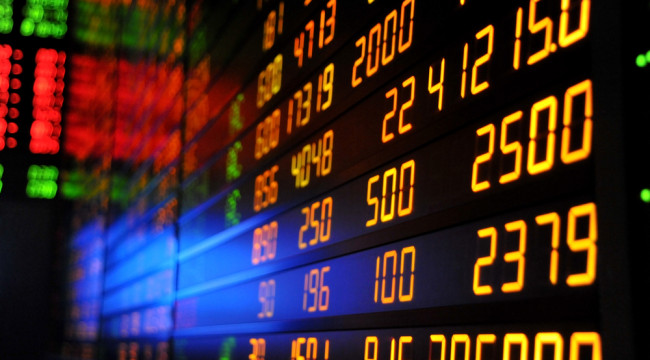 Today’s Pfennig  for your thoughts…

As Chuck mentioned, he will be out the remainder of the week so I’ll be bringing the Pfennig to you in his absence, albeit an abbreviated version.

In keeping with tradition while Chuck is away, let’s kick things off with thoughts from our very own Frank Trotter.

“Wednesday, September 9th – Saint Louis, MO.  “Doesn’t anybody want to work anymore.”  That’s been our joke for 30+ years as work days have been erased from the calendar or at least it appears that effort has been reduced.

First was the Friday after Thanksgiving that people took off or left at noon. Then a few more Federal Holidays. Then working late or on the weekend. We’re entrepreneurs and perhaps a little workaholic by nature so any excuse to pull back on the throttle we meet with a raised eyebrow or a mental note.

Much has been written about “millennial’s” attitude toward the work day; probably way too broad a generalization to make any real sense but inside the buzz appears to be some level of reality. Productivity changes as a result.

On the other side of the fence we have the BBC today titling a report, “America’s national vacation problem.”(1) Apparently workers in the US take far fewer of their allotted vacation days on average than in any developed country, according to the article this is a fault. I am certainly guilty – how about you?

Office workers feel on the edge all the time with qualified replacements lined up at the employment application queue many deep. Others simply are perfectionists or driven to succeed generating what may be a somewhat unhealthy focus on the workplace. Here in the US we aren’t the classic Japanese “salary man” but in some cases it appears to be headed in that direction.

The two paragraphs above paint two entirely different pictures of the US workplace.  Probably both are true for a certain segment.  It’s interesting in part since we all think nothing when a ballplayer is replaced by a young upstart who is a little bit better or quicker or cheaper – that’s the game after all.  We generally don’t feel that way about the day to day job market.

Deviating a little bit from this line of thinking we note a hypothesis that I have advanced before in the Sunday Pfennig that the QE and similar programs initiated by the Fed have had the unintended consequence of expanding the wealth gap in the US.

Another issue for what used to be the middle class may be training, or said another way a redirection of training.  A report I heard on the radio stated that there are currently, today, 500,000 open welding positions in the US today – and not enough qualified people to fill the positions – by a lot.  If true, then these potential workers are probably currently employed in fast food and other services missing an opportunity to gain a much better economic outcome.

Here’s a request for a response from Pfennig readers. Many of you are business owners, and of course many more work in operations that require skilled workers.  Are there enough trained and motivated people to fill the skilled jobs you have? Are there just enough or plenty of them? What job skills are most in demand that just don’t have enough trained individuals to fill?”

Thanks Frank and appreciate the insight. It was a good day for most of the currencies yesterday as the yen and Swiss franc were the only majors that finished in the red while the commodity currencies saw a nice jump.

In fact, most financial markets turned in a decent day as positive thoughts and a rebound in Chinese stocks set the tone after Chinese government officials said the worst could be behind us. Chuck left me some thoughts before he left the office yesterday, so let’s see what he had to say.

“Longtime readers know how I’ve always pointed to the China’s treasure chest of reserves as one of their strongest points when looking at how China could weather any storm.  A few weeks ago, I started telling you how China was using some reserves to help in areas of their economy. Well, now it appears that “some reserves” have turned into “major amounts of reserves”. It was reported by the Peoples Bank of China (PBOC) that their reserves had fallen by $93.9 Billion to $3.56 Trillion last month. The amount represents the biggest monthly fall on record .   Now, I know I also told you that China was unloading HUGE amounts of Treasuries to replenish their reserves, but apparently it hasn’t been enough to make up the difference.

So, I have to say this concerns me quite a bit. I do believe the Chinese know that they can’t continue this flow of funds from their Treasure Chest, not at this pace. So, I’m not all worried about it, just a little concerned, that the Chinese, not having to deal with this before, might not realize when they need to stop.  But, I’m pretty sure they will, and eventually realize that they just need to let the economy take its course, they had over a decade of unbelievable growth, some might say unsustainable, but “real economists” would say, that after the boom, you need a bust, to clear out the excess, and start over.  My hope for China is that they listen to the “real economists” and not the ones that pretend to be economists, or say they stayed at a Holiday Inn Express the night before, or play one on TV!”

Thanks Chuck. Who knows how long this market sentiment will last, but investors gained comfort with the fact that the Chinese government appears to be taking a hands-on approach and doing what they can to provide support where necessary.

The commodity currencies also received momentum from the dimming prospects of a September rate hike by the Fed. Futures traders have the odds of a rate hike down to 30% next week and has been getting smaller over the past several weeks. Speaking of a rate hike, Chuck had one more item to share with us.

“Harvard Economist, Larry Summers, who nearly became Federal Reserve Chairman, says a Fed rate hike might just be the spark that ignites the next financial crisis.  In fact, let’s listen in on his views.

“With credit becoming more expensive, the outlook for the Chinese economy is clouded at best, emerging markets submerging, the US stock market in a correction, widespread concerns about liquidity, and expected volatility having increased at a near-record rate, markets are themselves dampening any euphoria or overconfidence. The Fed does not have to do the job. At this moment of fragility, raising rates risks tipping some part of the financial system into crisis, with unpredictable and dangerous results.”

Thanks again Chuck and best of luck to you. If we were putting together a list of pros and cons about a Fed hike, I just don’t see too much that we could consider a positive attribute at this point nor is there much that is pushing them to raise rates.

With not much in the way of inflation or economic growth/momentum forcing their hand, the rationale for a September rate hike would seem to be self-imposed instead of needs based. At least that’s the way I see it.

As I came in this morning, the currency returns are a mixed bag with half showing gains while the other half are looking at losses so far. Its shaping up to be a quiet day of data here in the US so trading should take their cues from the overnight markets and the continued back and forth about the Fed meeting.

Its been a good day for equities up to this point and the Chinese Prime Minister said there was no basis for continued devaluation while adding they did not devalue in order to spark exports, so we’re seeing the risk off sentiment acting as a positive force. The yen is down about 1% and the euro is down about 0.50% while the commodity currencies/high yielders are hanging tough.

Mike Meyer
for The Daily Reckoning

A contributor to the Daily Pfennig® newsletter since 2008, Mike Meyer has been heavily involved in all facets of the World Markets Desk. Holding Series 7, 63 and 65 securities licenses, he has assisted many clients in the global markets and investment arena. He is a keen observer of the current economic environment and has been quoted in Bankrate.com and TheStreet.com.