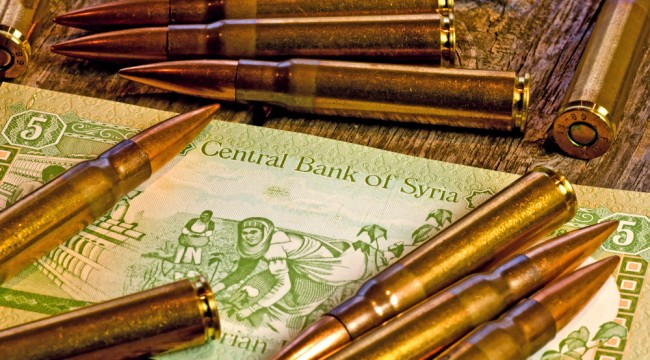 Egypt isn’t the only Middle Eastern country getting rocked by inflation.

The “official” inflation rate in Syria is 36.43%. That alone is devastating. But Steve Hanke writing for the Cato Institute says the “implied” inflation rate, which he compiled from a variety of black market data on his website, Troubled Currencies Project, is 336.5%.

The Syrian pound’s value held relatively stable until the regime imposed harsh penalties for black market currency trading. Syria has since totally lost control of its currency, which has descended into hyperinflation, according to Hanke. Via the Cato Institute, this chart shows what currency controls can do: 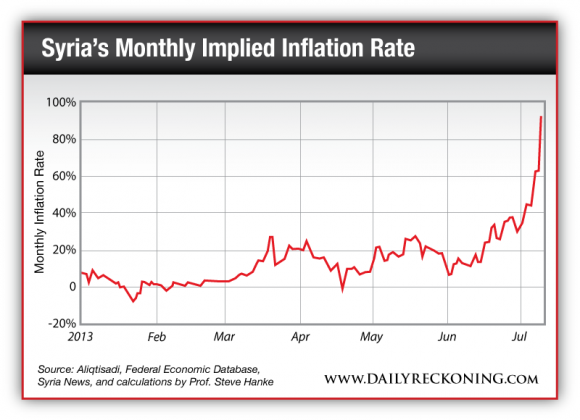 Egypt has imposed similar restrictions, with the same results. One wonders, with so much obverse evidence, why governments still bother with them.

And as if on cue, Syrians are turning to the gold trade to make ends meet.

P.S. History rhymes. In times of crisis, ordinary folks who want to safeguard their wealth turn to gold. As do central banks, as this video produced by The Daily Reckoning, reveals.