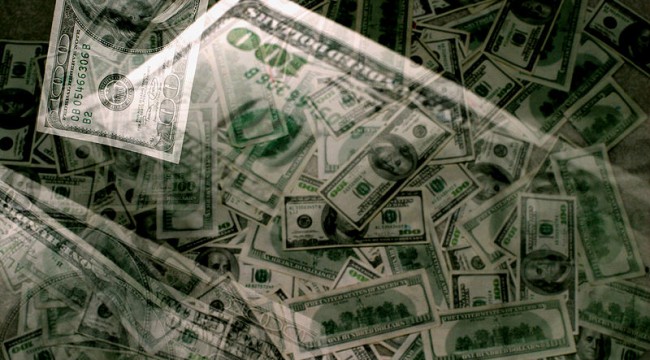 Seizure of Russian Assets Will Hasten the Dollar's Decline

While much of the world focused last week on whether or not the Federal Reserve was going to raise interest rates, or whether the Greek debt crisis would bring Europe to a crisis, the Permanent Court of Arbitration in The Hague awarded a $50 billion judgment to shareholders of the former oil company Yukos in their case against the Russian government.

The governments of Belgium and France moved immediately to freeze Russian state assets in their countries, naturally provoking the anger of the Russian government.

The timing of these actions is quite curious, coming as the Greek crisis in the EU seems to be reaching a tipping point and Greece, having perhaps abandoned the possibility of rapprochement with Europe, has been making overtures to Russia to help bail it out of its mess.

And with the IMF’s recent statement pledging its full and unconditional support to Ukraine, it has become even more clear that the IMF and other major multilateral institutions are not blindly technical organizations, but rather are totally subservient lackeys to the foreign policy agenda emanating from Washington.

Toe the DC party line and the internationalists will bail you out regardless of how badly you mess up, but if you even think about talking to Russia you will face serious consequences.

The United States government is desperately trying to cling to the notion of a unipolar world, with the United States at its center dictating foreign affairs and monetary policy while its client states dutifully carry out instructions. But the world order is not unipolar, and the existence of Russia and China is a stark reminder of that.

For decades, the United States has benefited as the creator and defender of the world’s reserve currency, the dollar. This has enabled Americans to live beyond their means as foreign goods are imported to the US while increasingly-worthless dollars are sent abroad. But is it any wonder after 70-plus years of a depreciating dollar that the rest of the world is rebelling against this massive transfer of wealth?

The Europeans tried to form their own competitor to the dollar, and the resulting euro is collapsing around them as you read this. But the European Union was never considered much of a threat by the United States, existing as it does within Washington’s orbit.

Russia and China, on the other hand, pose a far more credible threat to the dollar, as they have both the means and the motivation to form a gold-backed alternative monetary system to compete against the dollar.

That is what the US government fears, and that is why President Obama and his Western allies are risking a cataclysmic war by goading Russia with these politically-motivated asset seizures. Having run out of carrots, the US is resorting to the stick.

The US government knows that Russia will not blithely accept Washington’s dictates, yet it still reacts like a petulant child flying into a tantrum whenever Russia dares to exert its sovereignty.

The existence of a country that won’t kowtow to Washington’s demands is an unforgivable sin, to be punished with economic sanctions, attempting to freeze Russia out of world financial markets; veiled threats to strip Russia’s hosting of the 2018 World Cup; and now the seizure of Russian state assets.

Thus far the Russian response has been incredibly restrained, but that may not last forever. Continued economic pressure from the West may very well necessitate a Sino-Russian monetary arrangement that will eventually dethrone the dollar.

The end result of this needless bullying by the United States will hasten the one thing Washington fears the most: a world monetary system in which the US has no say and the dollar is relegated to playing second fiddle.

This article was originally posted at the Ron Paul Institute for Peace and Prosperity, right here.