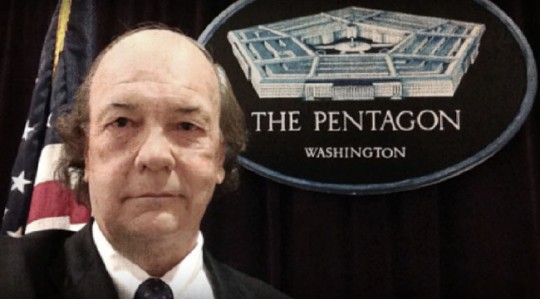 Return to the Pentagon

In my 2011 book, Currency Wars, I gave a detailed description of the first-ever financial war game sponsored by the Department of Defense. This financial war game took place in 2009 at the top-secret Applied Physics Laboratory located about twenty miles north of Washington, D.C. in the Maryland countryside. Unlike typical war games, the “rules of engagement” for this financial exercise did not permit the use of any kinetic weapons such as bombs, missiles or drones. The only weapons allowed were financial instrument including stocks, bonds, currencies, commodities and derivatives.

The game was played out over two days in the main War Room of the laboratory using six teams divided into the U.S., China, Russia, Europe, East Asia, and Banks & Hedge Funds. The contestants included about 40 players on the six teams and another 60 participants including uniformed military, civilian defense officials and observers from the Treasury, Federal Reserve, CIA and other government agencies as well as think tanks, universities and financial industry professionals.

In that original financial war game, a scenario involving Russia, China, gold and the destruction of the U.S. dollar was played out against a backdrop of geopolitical events including the collapse of North Korea and a threatened Chinese invasion of Taiwan.

May 8 was a sobering time to be at the Pentagon because it was V-E Day, the 70th anniversary of Victory in Europe on May 8, 1945. The celebration of victory was muted by the remembrance of the enormous sacrifices at Anzio, D-Day, the Battle of the Bulge, and other battles that led to victory.

The Pentagon staged a special flyover using vintage aircraft from the Second World War, known as the Ghost Squadron, which included the only flying B-29 Superfortress bomber, the B-17 Flying Fortress, and P-51 Mustang fighters. It was a warm, beautiful spring day, and we were able to observe the flyover from a pedestrian bridge as we walked to the secure war room.

This new financial war game exercise was smaller and more focused than the one in 2009. We had about 20 participants. Our group included representatives from the diplomatic corps, military, think tanks, universities, CIA and the National Security Council. I was one of three individuals from the investment management community. Our scenario this time was not global, but was limited to a confrontation between China and the U.S. involving disputed jurisdiction in the South China Sea.

There are six nations that have claims in the South China Sea – China, Taiwan, Philippines, Malaysia, Vietnam and Brunei. These claims overlap to a great extent setting the stage for disputes and possible war.

The South China Sea is believed to be rich in oil and natural gas reserves in addition to fishing rights and other natural resources. The surrounding nations dispute certain island groups – the Spratly Islands and the Paracel Islands – and are also using reefs, sunken vessels and landfill to create artificial islands, which they are populating with bases and military garrisons.

The U.S. has treaty obligations to the Philippines and Taiwan, which could result in the U.S. becoming engaged militarily in the event of a dispute with China. This volatile mix of disputed claims, natural resources and complex treaty networks has the ingredients needed to escalate into a Third World War. All it would take to start a war is some spark such as a collision at sea or an attack based on mistaken identity or misunderstood intentions. A war there is probably just a matter of time.

One of the main topics of discussion was the use of sanctions involving access to the Society of Worldwide Interbank Financial Telecommunication, known as SWIFT. Contrary to the assumptions of many, SWIFT is not a bank or a financial institution itself. It is more like a phone company or internet service provider that facilitates communication among its members. SWIFT has over 10,500 banks and asset managers as members and handles over 5 billion messages each year amounting to trillions of dollars of payments from one member to another. SWIFT message traffic is literally the oxygen supply that keeps the global financial system alive.

In 2012, the U.S. and its allies were successful in kicking Iranian banks out of the SWIFT system. This was extremely damaging to the Iranian economy and led to hyperinflation, bank runs, instability and social unrest until President Obama eased these sanctions in late 2013. Recently the U.S. Senate has called for the use of SWIFT-related sanctions against Russia. In response, Russia has said that it would regard an effort to ban access to SWIFT as an act of war.

In our new financial war game, we asked; what would happen if the roles were reversed? Instead of the U.S. banning its enemies from SWIFT, what if China tried to “de-SWIFT” Taiwan or the Philippines? What if financial weapons developed by the U.S. were adopted by China and turned against the U.S. and its allies? These and other interesting scenarios made for a long and lively day of discussions among our team of experts convened for this exercise in twenty-first century warfare.

I learned two lessons on May 8. The first is that when nations engage in financial warfare, individual investors can be collateral damage. If China tries to attack the U.S. by closing the New York Stock Exchange, it will be tens of millions of Americans who will suffer an immediate loss of wealth as prices plunge and accounts are locked-down or frozen. The second lesson was that the future wars will be fought in cyber-space using digital technology applied to payments systems such as SWIFT, FedWire, MasterCard, Visa and Europe’s Target2 system.

The answer to both threats – collateral damage and digital warfare – is to have some hard assets in physical form that cannot be attacked digitally. Such assets include physical gold and silver, land, buildings, fine art, and rare stamps. These are the things that cannot be erased in a digital attack or frozen when payments systems are disrupted.

There is good evidence that Russian and Chinese plutocrats are already moving in this direction with their purchases of Picasso paintings, and high-end condos in Sydney, London and Vancouver. Americans seem more complacent and are mostly locked in to their digital 401(k)s. Some diversification into hard assets seems prudent in light of the emerging threats we discussed inside the Pentagon on V-E Day.