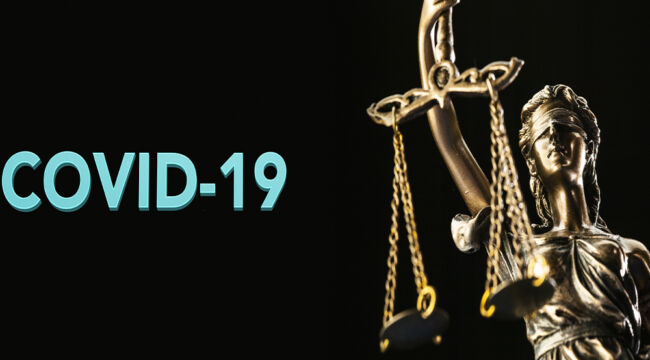 George claimed Democrats used the virus to swing the election to their man. Mail-in voting was the primary tactic.

He also insisted the pathogen’s homicidal talents are vastly exaggerated.

Readers denounced him — and The Daily Reckoning — in ferocious, almost savage terms.

One reader, for example, demands of us the anatomically impossible:

“Go (fornicate) yourselves. You are paranoid fascists who won’t be satisfied until the browns shirts March in.”

Kelly C. is so frosted with us she is excommunicating us:

How can you put these lies out from George Gilder? I could go line by line refuting most of his editorial but it’s clearly a waste of time. Since you guys are condoning this kind of crap. I need to cancel my subscription. Just complete garbage.

Here Steve Y. levels his darts specifically at George. He ventures so far as to suggest that George finds murder “enjoyable”… as Herr Hitler himself:

I highly recommend you grab that pencil Pusher by the nape of his neck and drag him to the nearest hospital and let him see these people suffering their slow death with not even a relative to comfort them… My God man how many gallons of the Trump Kool-Aid did they waterboard you with? You have to hook up with Kelly Ann. Your baby would definitely outdo that previous Hitler and yes I mean Adolf Hitler, as you seem to find murder enjoyable.

This math is all wrong: “A test that harbored 1% false positives — the lowest estimate would produce 50% false results in the case of an infection rate of 2%.” Check it and send a reprint and correction, because as written it deteriorates credibility. Without correction, it will exasperate the horrendous rate of misinformation given on Covid. Misinformation is unacceptable even when done in the name of reducing fear — which is, in fact, helpful.

We invite you to perform the calculation Jaclyn requests. Our mathematics are notoriously unreliable.

Finally we come to Klaud M — a physician:

As a physician, it is amazing to me how completely and utterly stupid you and Trump supporters are regarding Covid. Whatever the actual incidence is, PEOPLE ARE DYING FROM COVID!!!!!!… not a newsletter goes by without your openly bashing Biden as a person. Please report on hard science and not Fox “News!

We do not consult Fox News, incidentally. Yet we understand Fox News is not what it was.

In the interest of impartiality, we note that we were not universally condemned. According to Gary K, George’s article was:

“The most informative Daily Reckoning ever. It should be sent to every email in America.”

Who Can You Believe?

One expert yells X, the other shouts Y back at him. We are all trapped in their crossfire.

And that which is known today may be disknown tomorrow.

Perhaps George is far off the facts, as our readers allege. But perhaps he is not.

To date, the virus has seeped into the biology of over 11 million Americans. Over one million fresh cases were registered last week alone.

Each day it packs an average 1,100 victims off to the boneyard. In all the virus has murdered over 220,000 Americans… if you accept official numbers. George Gilder does not. In reminder:

“Do What You’re Told”

Yet with cases rising in all 50 of 50 states… fresh lockdowns are in prospect.

Thus millions and millions of Americans face a long, bleak winter of incarceration.

Are you unwilling to tolerate a full return to lockdown conditions for months?

Tough darts, says Dr. Fauci. You must “do what you’re told:”

I was talking with my UK colleagues who are saying the UK is similar to where we are now, because each of our countries have that independent spirit. I can understand that, but now is the time to do what you’re told.

Children must do what they are told — they should at least. But adult citizens of the freest nation with which Providence has ever blessed the Earth?

And if citizens are the true boss in our democracy… who here is doing the bossing?

Yet Dr. Fauci says we must do what we are told to do.

That is because the non-COVID ill are not receiving adequate doctoring.

The nation’s cancer experts warn that lockdowns will yield as many or more preventable cancer deaths than COVID deaths — perhaps 60,000 by one estimate.

Vital operations were cancelled and patients missed out on potentially life-saving therapy in the spring because tackling Covid-19 became the sole focus of the health service, instead of cancer and other cruel diseases. Almost 2.5 million people missed out on cancer screening, referrals or treatment at the height of lockdown, even though the NHS was never overwhelmed — despite fears it would be crippled by the pandemic. Experts now fear the number of people dying as a result of delays triggered by the treatment of coronavirus patients could even end up being responsible for as many deaths as the pandemic itself.

Is this Dr. Fauci’s plan for the United States? Let us glance upon the American scene…

The Well Being Trust in Oakland — an organization exists bearing that name — estimates lockdowns may yield up tp 75,000 “deaths of despair” (substance abuse or suicide).

Many will have resulted from inadequate care these unfortunates would have otherwise received — yet their cases were “nonessential.”

We do not claim to master the facts of the coronavirus. Yet we are suspicious of accepted accounts and explanations.

This is a publication that often grazes against the grain. We often veer sharply from “consensus.”

We prefer to patrol the boundaries of allowable opinion… and launch unauthorized raids across the forbidden frontier.

Sometimes we return with ideas the mainstream would declare scandalous or outrageous.

We are not Fox News… Klaud.

Nor do we aspire to be. Would you read us if we were?

The Story Not Being Told

We are under bonds to you, our reader. Under bonds, that is, to bring you “the story that is not being told.”

It is true, we often report a false tale.

We chase phantom leads. We go down ends that are dead. We lose our quarry’s scent.

At other times we take ourselves into water — water that is deep — and occasionally hot.

But how else are we to unearth the story not being told?

And sometimes — despite all hell’s angels — we get it just about right.

The dead clock, after all, is right twice per day…