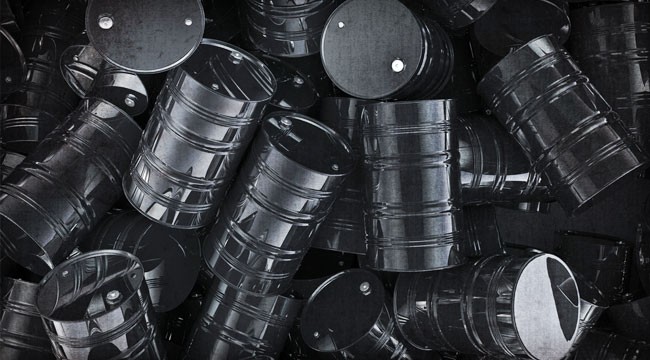 Oil below $50 is more than low enough to do an enormous amount of damage in financial markets. Losses are all over the place. We don’t know necessarily where they are right now. But I guarantee there are major losers out there and they’re going to start to merge and crop up in unexpected places.

The first place losses will appear are in junk bonds. There are about $5.4 trillion dollars – that’s trillion – of costs incurred in the last five years for exploration drilling and infrastructure in the alternative energy sector. When I say alternative I mean in the fracking sector.

A lot of it’s in the Bakken and North Dakota, but also in Texas and Pennsylvania. That’s a lot of money. It’s been  largely financed with corporate and bank debt. These companies issued some equity, but it’s mostly debt.

Here’s how it works. Suppose I’m an oil exploration company. Let’s say I borrowed a couple hundred million dollars to drill for oil using fracking technology. The bank — the lender, bond investor or whoever — says: “Well, Jim, you just borrowed $200 million. How are you gonna pay me back?”

To which the bank says: “How do I know that’s true?”

So I go to Morgan Stanley, JP Morgan or Citibank and I buy what’s called a swap contract. It’s a kind of derivative. Citibank or whoever basically agrees to pay me the difference between $80 and the actual price of oil.

That’s not a free lunch. Oil producers give away the upside. If crude prices go to $150 they might have to pay the lenders the difference. But oil companies try to protect their downside.

Oil companies are protected because when oil goes to $50 because they can call up the bank and say: “Hey, bank, send me the other $30 a barrel because we have a deal.” And the bank will have to send it to them.

Through the derivative contract the loss now moves over to the bank. It’s not the oil company that suffers the loss, it’s the bank. This is the case with the global financial system today — you never know where the risks end up.

So the first iteration is that some of the oil companies – not all of them — have shifted their risk over to the banks by doing these derivative contracts.

You might be saying to yourself: “Aha, so the banks are going to have all the losses.”

Not necessarily. The banks are just middlemen. They might have written that guarantee to an oil company and have to pay the $30 difference in my example. But the bank may have also gone out and sold the contract to somebody else. Then it’s somebody else’s responsibility to pay the oil company.

Who could the somebody else be? It could be an ETF. And that ETF could be in your portfolio. This is where it gets scary because the risk just keeps getting moved around broken up into little pieces.

Citibank, for example, might write $5 billion of these derivatives contracts to a whole bunch of oil producers. But then, they may take that $5 billion and break it into thousands of smaller one or ten million dollar chunks and spread that risk around in a bunch of junk bond funds, ETFs or other smaller banks.

When many oil producers went for loans, the industry’s models showed oil prices between $80 and $150. $80 is the low end for maybe the most efficient projects, and $150, of course the high end. But no oil company went out and borrowed money on the assumption that they could make money at $50 a barrel.

So suddenly, there’s a bunch of debt out there that producers will not be able to pay back with the money they make at $50 a barrel. That means those debts will need to be written off.

How much? That’s a little bit more speculative.

I think maybe 50 percent of it has to be written off. But let’s be conservative and assume only 20 percent will be written-off. That’s a trillion dollars of losses that have not been absorbed or been priced into the market.

Go back to 2007. The total amount of subprime and Alt-A loans was about a trillion. The losses in that sector ticked well above 20 percent. There, you had a $1 trillion market with $200 billion of losses.

Here we’re talking about a $5 trillion market with $1 trillion of losses from unpaid debt — not counting derivatives. This fiasco is bigger than the subprime crisis that took down the economy in 2007.

I’m not saying we’re going to have another panic of that magnitude tomorrow; I’m just trying to make the point that the losses are already out there. Even at $60 per barrel the losses are significantly larger than the subprime meltdown of 2007. We’re looking at a disaster.

On top of those bad loans, there are derivatives. Right now, some of the producers are kind of shrugging, saying: “We went out and borrowed all this money on the assumption of $80, $90, $100 oil. But we also sold our oil production forward for a couple of years at $90. So we’re fine.”

That’s not true in every case, but it is true in a lot of the cases.

But the problem with derivatives is that you don’t know where the risk ends up. I don’t know where it is, and neither does the Federal Reserve, neither do the bank regulators. The banks might know their piece of it, but they don’t know the whole picture. That means we have to keep digging and digging.

The losses out there are larger, potentially, than the subprime crisis. The losses could actually be bigger than the sector’s borrowings because you can create derivatives out of thin air. And as I say, they could be in your portfolios.

There’s still time to call your investment advisors or broker to see whether you have any of this risk buried in your portfolio. You might not, but even if you don’t it may be time to take a little more defensive posture. That could be a little more cash or other hedges. That way when things start to collapse around you — even if you’re not taking a direct hit — you’re not collateral damage.

P.S. I gave Daily Reckoning email subscribers a way to access a live market intelligence briefing I’m hosting next monday called “The Perfect Storm: A 1998 Redux”. It’s just one of the many benefits of being a Daily Reckoning subscriber. It’s free to sign up — simply click here and Addison will send you our team’s insights each day the market’s open.