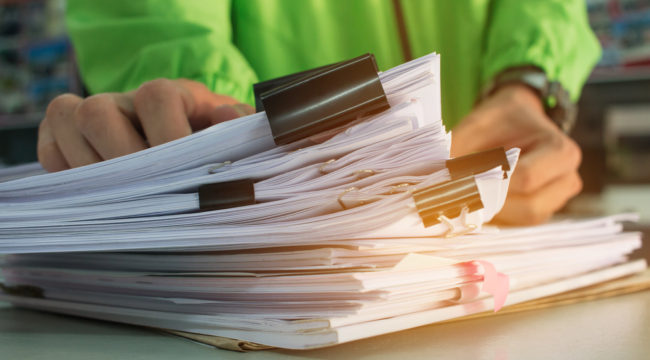 The One Technology That Will Rewrite Medicine

As co-founder of The Daily Reckoning, I wanted to take the reins today… to extend you a Merry Christmas… and a happy New Year.

And to thank you for sticking with us as we close out yet another year of daily reckonings.

The Daily Reckoning has reached millions of readers… inspired thousands more… and became the nucleus of a world-spanning company that now sports offices in nearly two dozen countries.

2018 will be our 19th year covering the crazy worlds of markets, politics and everything in between… in short, that bizarre creature known as man.

All great drama is derived from the passions of men (and women) and how they interact with one another. Fear, greed, mob mentality and insanity are just a few of the fascinating human emotions we discuss around here.

Today, I want to discuss another subject we watch closely here at our Baltimore HQ:

The race between the innovator and the bureaucrat…

“I get up in the morning,” our friend Juan Enriquez told us during an interview one day late in 2011, “I read the paper and see all the bad things going on with the debt, deficits, wars and the economy. Then I step into a lab and see all the potential breakthroughs the scientists I work with are about to unveil.”

We first met Juan while studying government debt (of course, what else?) and financing of breakthrough technologies. We were fascinated by the story of two guys who lined up the private funds to map the human genome, pitting their project against a litany of governments, university and private endowments who’d secured billions of dollars in grants over a 20-year period to do the same.

Juan Enriquez and the now-renowned entrepreneur Craig Venter were those two guys. Their project, based not far from our office here in Maryland, mapped the first strand of human DNA not in 20 years… but in less than 20 months.

Many a cushy, tenured career path was upset, derailed and overturned by two relatively unassuming ne’er-do-wells… who had the gumption to think entrepreneurs have a role in science.

Enriquez’s greatest fear at the time was that the political world would overwhelm the entrepreneurs — and the financial markets they depend on — before their discoveries could get put to good use.

In fact, Juan’s bipolar view — debt, deficits and war versus inspiration, innovation and achievement — inspired the theme of our 2013 Agora Financial Investment Symposium in Vancouver: “A Tale of Two Americas.”

“When you look at the world,” a symposium regular said at the time, expressing a similar sentiment:

“You see one contradiction after another. Cyberwarfare, rogue political leaders, random acts of terror, the militarization of police and expanded surveillance equipment and drone usage make for a future resembling an Orwellian nightmare.“

“But at the same time, you can track breathtaking technological breakthroughs in oil exploration and new technologies that will revolutionize our health care, computing, automobiles, communication and agriculture… the many items we use every day.”

In an ideal world, entrepreneurs and innovators — the risk-takers — would be free to embrace the turmoil at their own peril. But no… in the real world, we have the meddlers, the world improvers, (ahem) bureaucrats.

Yet nearly five years on, the tug of war between government meddlers and entrepreneurs hasn’t been clearly decided one way or the other.

And so, determined to find answers, we pick up our investigation where we left off last.