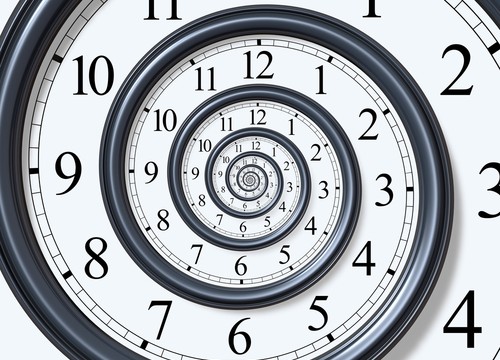 But why is this so? Why are markets always in such a hurry to go somewhere…and to where is it they are so briskly headed? That’s what investors want to know. Well, most of them, anyway.

At this very moment in time, the US stock market, as measured by the broad S&P 500 index, sits at multi-year highs. On the very crest of the wave. Not since the cowabunga days of late 2007 were stocks this expensive. The melt-up has been tremendous, no doubt about it. Indeed, provided the wheels don’t fall off today, you’d have to go back to the late 1980s to find a better performing January for Standard & Poor’s favorite 500 stocks. That’s pretty impressive stuff…even to an enthusiastically ambivalent newsletter editor.

Of course, nobody wants to know about the past. To the average man on the street, it’s the future that holds the real opportunities…the good decisions…his hopes and dreams…and the big money that comes with “getting it right.” The past has come and gone, he reasons. “Full steam ahead!”

Plenty are the folk who see redemption in the morrow. The future brings with it a chance to atone for the folly of yesterday, correct for the mistakes of the past, regain the losses of last quarter, last year…last decade and more. People don’t want to rehash old trifles, to resurrect sore memories. Time marches in one direction only and, as they say, time is money.

But there are no clues to be found examining the future. It is empty space. Vacant. Unoccupied. And it is untraveled. We can make predictions and forecasts, talk about “future earnings” and “projected profits,” we can extrapolate trends out to infinity and beyond. Still, nothing is confirmed until the rent is paid and the profits are earned…until the future becomes the present and the present has faded into the days of old.

And so it is on the past, that ramshackle literary concoction of rumor, hearsay and conjecture, that we are left to concentrate our efforts.

“Every saint has a past,” quipped that great Irish wit, Oscar Wilde, “just as every sinner has a future.”

Unfortunately for us, yesterdays can be almost as difficult (virtually impossible) to navigate as tomorrows (totally impossible). History is a vast expanse, offering the casual tourist plenty of chances to get lost. Moreover, we humans are prone to all kinds of quirky biases. How can we be sure, for example, that we’re not gathering up the wrong information? (Selection bias.) Or that we’re not just seeing what we wish to see? (Confirmation bias.) Or that we haven’t mixed up causal relationships, mistakenly attributing some occurrence or another to a cause other than its own. (Epiphenomenalism.)

We have to take history with a grain of salt. Nobody sees it coming.

One helpful thing we can notice about the past, however, is that it contains things that won’t be — and cannot be — in the future. At least not in the same way. Twenty-one year old Joel Bowman will not be composing tomorrow’s Daily Reckoning — a good thing for you, perhaps…not so good for us. That youthful editor resides in the (fast-escaping) past.

Another example, this time to do with economics: Let’s say that you bought a watch last week. You cannot go to the store tomorrow and buy the exact same watch. You can buy another just like it…but not the same one…and not with the same money. The cash was spent. Transaction recorded. Units logged. So too have the hours of workmanship that went into making the watch been used up. The energy was expended. And now it’s gone. Provided you bought a watch of reasonable durability, you won’t be buying a new one, a replacement, for some time. (Until it breaks…or you lose it.)

Now let’s say you bought that watch on credit. You’ve borrowed from the future in order to “wear the time” on your wrist today. Instead of using that money tomorrow, you’ve brought it forward. The economic activity has been used up. Even if you could look into the future, it would be nowhere to be seen.

Fellow Reckoners can sense where we’re going with this already (even if they can’t quite see into the future).

For the past half a century or more, governments and private citizens around the world, particularly those in the West, spent an enormous amount of tomorrow’s earnings. They borrowed from the future in order to enjoy today what they might otherwise have enjoyed tomorrow. Mostly, they borrowed from the economic output of the emerging markets, countries like China and India.

Looking into the West’s recent past, we find a sixty year credit expansion. In its future, somewhere, is a corresponding gap.