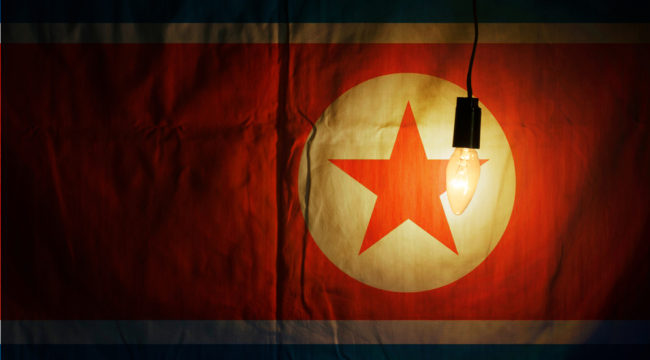 5 Lessons on North Korea From the G20 Meeting

The latest gathering of the elite glitterati class in Hamburg, Germany was anything but normal from what we’ve come to know about the Group of 20.  While the face-to-face meeting between Trump and Putin may have snagged the headlines, the backdoor meetings over North Korea offers the most important story.

For investors, the G20 meetings provides signals on what leaders around the world truly think can be done about North Korea and what to expect in the weeks and months ahead.

Here’s the 5 pivotal takeaways that anyone with money in the market should know.

After President Trump met with Chinese President Xi in April, the meetings were, by Trump’s own account, deemed a “tremendous” step in the right direction for relations between the two major powers.

The Chinese foreign ministry noted that President Xi told the American leader “We have a thousand reasons to get China-US relations right, and not one reason to spoil the China-US relationship.” While friendly meetings may be nice, the complexity around the irrational regime continue to complicate matters.

Time is believed to be running short for leadership inside the White House. As the New York Times reported, North Korea’s nuclear arsenal may reach up to 50 weapons by the end of Trump’s first term in office. That level is considered to put the pariah state at almost half the size of Pakistan’s level.

In addition to a substantial nuclear threat, the North holds an estimated 8,000 rocket launchers and artillery cannons on its side of the demilitarized zone. That makes Pyongyang the world’s largest artillery arsenal.

The reason that time is believed to be running short now is that ballistic missile tests from the North have resulted in the positioning of a U.S Terminal High Altitude Area Defense (THAAD) anti-missile system in South Korea. The move has put China on high alert.

In a joint statement with Xi, Russian president Vladimir Putin said at a Moscow press conference that, “It is very important to push forward our joint initiative on settling the Korean problem with a view of immediately freezing the ballistic missile strikes and also dealing with the US deployment of weapons in South Korea.”

After the G20, the peaceful language stemming from the Trump-Xi meetings may be destined for a more dangerous collision. As the U.S military continues to escalate with an increased defense presence in the region, both China and Russia will not soon forget that a THAAD system sits on their backdoor.

The G20 Solution to Syria Matters to North Korea

While North Korea and Syria are two entirely different situations, the areas that matter to both regime structures is something that was central at the G20 meetings.

Kevin Massengil, a 20-year Army veteran and former defense executive for the Middle East and North Africa levels that what the West signals on Syria is deeply relevant to North Korea.

“There is a long-standing connection between North Korea and Syria. North Koreans built the first Syrian Scud missile installations as well as the nuclear reactor in eastern Syria that the Israelis destroyed in 2007.”

The military expert warns that the previous U.S defense strikes in Syria had major geopolitical ramifications. “Chinese and North Korean leaders will understand that a U.S. attack on Syria sends a warning message to North Korea. North Korea will feel the need to display solidarity with the Syrian government, and the Chinese will be weighing their options.”

After a G20 bilateral meeting that nearly went hours beyond what was originally scheduled, Trump and Putin were able to report a general agreement for a ceasefire in southwest Syria with three additional de-escalation zones in the war ridden country.

Greater cooperation between the U.S and Russia would isolate China on any further international sanctions, United Nations Security Council agreements or trade penalty restrictions that could be imposed on the North Koreans.

Although it might seem unconventional, watching what transpires from such a ceasefire in Syria could give clues toward what to expect from the international community’s response on North Korea going forward.

July 15 Will be a Major Milestone for Trump and China

Trump faced a 100th day benchmark from those in the media, from his campaign statements and even coming from within his own administration. The administration has made it clear that certain timelines matter.

Following the Mar-a-Lago meeting between President Trump and Chinese President Xi a new hope was built – but a new timeline is believed to have also been set.

Xi, speaking on the meeting in April noted that, “We have engaged in deeper understanding, and have built a trust,” he said. “I believe we will keep developing in a stable way to form friendly relations… For the peace and stability of the world, we will also fulfill our historical responsibility.”

Hope and trust may have been built at that meeting but some believe that the barriers of a 100 day marker hold critical significance if continued relations are to stay optimistic.

Jim Rickards, a currency wars expert and editor of Strategic Intelligence reveals what behind the scenes action may have taken place.

By Rickards’ account, “President Trump asked President Xi of China to intervene with the North Koreans. He wanted Xi to persuade them to stop their nuclear bomb and missile testing programs.”

The geopolitical analyst warns, “Trump told Xi that he was willing to hold off on labeling China as a currency manipulator and imposing trade sanctions in exchange for China’s help. Trump gave Xi 100 days to get the job done. Those 100 days are up July 15.”

Rickards’ narrows in that the situation continues to meet opposition from China and that if a continued lack of action persists he believes a live conflict will be a likely scenario on the Korean Peninsula.

In a show of force during the G20 meetings the U.S military flew two B-1B bombers over the Korean Peninsula.  The joint mission was carried out along with jets from South Korea and Japan following the first launch of a North Korean intercontinental ballistic missile.

The U.S military following the G20 has been increasingly defensive and highly aware of the situation.

In flexing its defense capacity and defense capability the Pentagon showed off its THAAD system by near Kodiak, Alaska by intercepting a ballistic missile target originally launched north of Hawaii.

After a G20 meeting that saw China and Russia urge American leadership to remove THAAD installations on the Korean Peninsula, it’s clear that the Pentagon is making no moves to back down.

Expect such military brinksmanship to continue in the coming months until decisions can no longer be passed down for a later date. Watching such moves will ultimately impact international trade and market connectedness.

China, North Korea and a Policy of Ignoring Problems

The power shift from West to East continues to impact regional balances of power.

China, as one of the most prevalent state actors in East Asia, is believed to be the key to changing the tide on North Korean aggression.

Unfortunately, both Chinese and American leadership seem to be at a stalemate that continues to result in defense postures and ignoring proactive responses.

Geng Shuang, a Chinese Foreign Ministry spokesman, has already pushed back by blasting the U.S in stating that “Certain people, talking about the Korean peninsula nuclear issue, have been exaggerating and giving prominence to the so-called ‘China responsibility theory.”

The statement is largely believed to have been a critique of recent Trump commentary that China has put forth lackluster efforts to pressure the North Koreans.

The Long-Term Impact the G20 Meeting on North Korea

The complexity to the situation is based around American allies. Currently, the United States maintains major defense, economic and strategic alliances with Japan and South Korea.

Those alliances also mean major trading opportunities that can tilt the balance of power in the region, counter to Chinese hegemonic rule.

For those in financials, that opens up gateways to Asian markets and investment opportunities.

Stemming from the G20 meetings, nothing definitive was signaled that would indicate a major disruption in global markets – yet.  However, as we continue to approach the 100 day marker from Trump and Xi’s first face-to-face meetings the stakes could not be higher.

The Armistice Agreement signed over sixty years ago between the U.S and North Korea never truly declared an end to the war. As tensions continue to rise, a return to such conflict might not be a far off thought.

Watching what transpires on and after the July 15th deadline could offer a significant outlook. Ignoring the threat of North Korean military defense systems is a dangerous White House strategy and could leave global markets highly exposed.