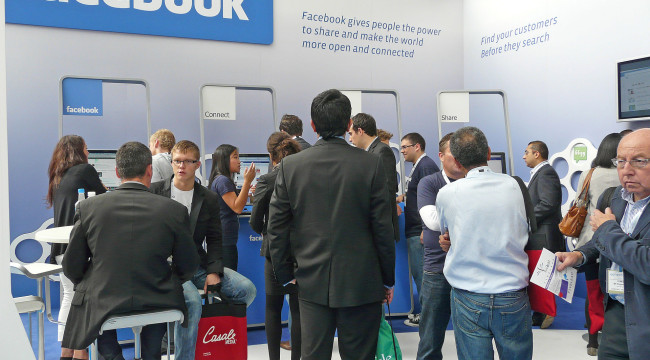 No More Googles, Facebooks or AirBnBs

The current batch of tech companies claim to be disruptive, but they’re all derivatives of the rare unicorns that scaled globally right out of the gate and now dominate their space – and whatever new spaces attract their fancy.

It’s an article of quasi-religious faith in tech circles that a few of the hundreds of start-ups touting their “disruptive” potential will blossom into super-profitable giants like Google and Facebook, or fast-growing companies like AirBnB that may not yet have profits but which have scaled fast enough to dominate their space–and richly reward early investors.

Two recent Guardian (U.K.) stories on the Digital Gold Rush frenzy in San Francisco and Silicon Valley cite this faith in the inevitability of “the next big (and hugely profitable) thing” as the basic justification for investors and venture capitalists to spread billions of dollars over hundreds of new start-ups–many which started somewhere else in the world but which migrated to the Bay Area to tap the seemingly inexhaustible venture-capital vein of cash.

Silicon Valley braces itself for a fall: ‘There’ll be a lot of blood’ Wannabe entrepreneurs are still piling in to San Francisco, but there’s a sense that time is running out on the exuberant startup world. Is the dotcom bubble about to burst (again)? In Silicon Valley, millions of dollars change hands every day as investors hunt the next big thing – the ‘unicorn’, or billion-dollar tech firm. There are now almost 150, but can they all succeed?

The possibility that none of the current batch of start-ups will scale up and reward early investors with 100-fold returns is the darkest sacrilege in the Tech Faith.

The idea that tech has exhausted ideas that can create tens of billions of value almost overnight is so counter to accepted beliefs that it is akin to declaring the Earth is flat.

Yet there is nothing intrinsically causal in the faith that 5 “Unicorns” ($1 billion+ valuation) that scale up to tens of billions in valuation and eventual profitability will emerge from a field of 500 start-ups–or even from 5,000 start-ups.

Statistical odds are not a useful tool in assessing the likelihood of a Google or Facebook emerging from the current batch of start-ups.

Rather, it requires an assessment of the potential of the concept to scale in utility and user base.
The conventional faith in an endless supply of Unicorns is based on stories such as AirBnB: a concept that now seems obvious was undiscovered and undeveloped, and even after it was launched, few grasped its global potential.

But if we examine this idea more closely, the core value is very broad-based: the core of AirBnB (and Uber et al.) is taking potentially productive assets that are currently not in the market and creating a transparent market for them: empty rooms, unused vehicles, etc.

From what I can gather, the majority of current start-ups are simply derivatives of ideas that have already taken root: Tinder for dogs (no, I did not make this up), Uber for bikes, AirBnB for parking spaces, etc., in seemingly endless profusion.

This reveals a key weakness in the boundless faith that the next AirBnB is already breathing, and simply needs an injection of cash to explode on the world stage: all these ideas are consumer-based rather than production based.

For example, digital technologies that enable higher crop yields, lower failure rates in manufacturing, etc., have quantifiable value because they either lower the costs of production or increase productivity.

This is the foundation of the Fourth Industrial Revolution that is replacing human labor on a global scale: replacing high-cost human labor with lower-cost technology is a dynamic that is essentially unstoppable and endless: whatever human labor remains must either become more productive via technology, or it will decline because few can afford the cost.

Start-ups that are derivatives of existing platforms are competing for a diminishing supply of market oxygen. The dominant players aren’t standing still, and the absurdly limited prospects for start-ups that extend the basic ideas to fringe markets will soon be revealed once the Gold Rush mentality is replaced with hard-nosed analysis of revenues and net profits.

The reality is that tech ideas that boost productivity and cut costs are relatively mature or limited to specific industries. The build-out of digital technologies in the consumer sphere–the sphere that so enamors those seeking the next billion-dollar idea–is far more mature than is generally appreciated.

This is highlighted by the thin gruel being pitched as “technologies that will change your life.” These lists are all extensions of existing technologies and platforms; I have yet to see one that qualifies as life-changimg. If anything, most add little more than friction to already-complicated tech-dependent life.

How much value is there in Tinder for dogs, refrigerators that can place an order for more milk once they sense the milk carton is almost empty, and the hundreds of similar marginal ideas?
The true-believers are confident all these extensions of sensors and digital communications will create trillion-dollar markets for more technology. Color me skeptical.

I see the tech field as having extracted all the easy gold, just as the first miners in the Sierra Nevada foothills stumbled across huge gold nuggets just waiting to be picked up.

The idea that it’s all hard-rock mining from here on is sacrilege to the Tech Faithful. Let’s see how many of the current batch of start-ups turn into gold and how many are false gold. My guess is 99.9% are false gold.

The early miners got rich because the initial supply of exposed gold was easily gathered up–no tools or expertise required. Once that easy-to-get gold was exhausted, the 99% who came behind were left with slim pickings. I will be surprised if even one of the current batch of derivative start-ups becomes a Facebook by 2020.

Why does this matter? Asset bubbles inflate not just from central bank policies (though those are essential ingredients of any credit/asset bubble)–they result from a widespread investment thesis or belief: that the Internet will keep gorwing rapidly, that real estate can never go down, and so on.

If technology is no longer the source of incredible stock market valuations, then what’s left to inflate the next bubble? If the answer is “nothing,” then the stock market can lose 2/3 of its value and not bounce back.

The ultimate arbiter of stock valuations is profit. If profits plummet and Unicorns never reach the promised heights of profitability, a 2000-type crash to valuations based on real profits is inevitable.
This is somewhat analogous to the decade of the 1970s, which saw the stock market decline in real (inflation-adjusted) terms for over a decade.

If you think Tinder for dogs and talking fridges are poised to reap billions in profits, by all means invest your own capital in these ideas. But don’t expect any of the current batch of wanna-be’s to ever scale up and generate billions in profit.