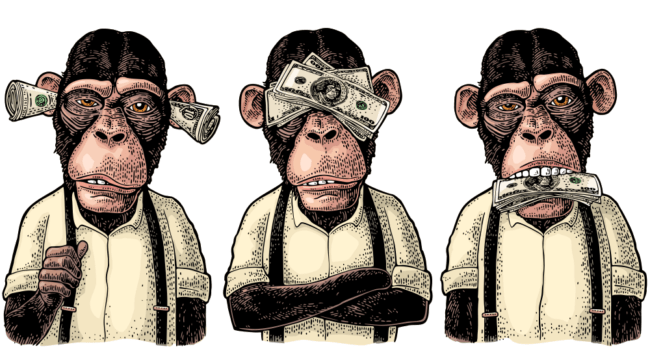 Here at The Daily Reckoning, we are under bonds…

We are under bonds — that is — to deliver you “the story that’s not being told.”

That is, we are under bonds to bring you the story untold in the mainstream media.

The untold story is often the untapped gold mine. And we would have our readers discover gold.

Have we unearthed the untold story? Have we handed you directions to a gold mine?

We have alerted you to a looming climate “tax.” This tax would sink its grasping fingers into the deepest crevices of your wallet.

We have also hinted at a scarcely known investment that exploits this levy.

Making a Fortune From Taxes

Folks who take these warnings seriously and prepare accordingly could end up with a one-in-1,000 market anomaly that could produce life-changing gains like you’ve never seen before…

You will cheer the tax. You will celebrate any rise in the price of your steak-and-wine dinner out because the money you can make will dwarf any tax implementation.

This hidden tax is actually a brand-new “commodity” that few people have even heard about. Yet it’s a brand-new, secret commodity sector that’s nearly guaranteed to take off…

I’ve seen all sorts of sectors, manias and “the next big thing” in my 20 years of investing. But I can tell you this sector is the real deal.

The Modern Sale of Indulgences

This sector, “the next big thing”… is carbon credits. What are these?

The medieval church drove an excellent trade in sin. In exchange for the purchase of indulgences, it struck sin from your file — a divine pardon of sorts.

And so modern institutions hawk carbon credits to forgive the sin of climate wrecking. Carbon credits are today’s indulgences.

A carbon credit is a kind of permit that represents 1 ton of carbon dioxide removed from the atmosphere. They can be purchased by an individual or, more commonly, a company to make up for carbon dioxide emissions that come from industrial production, delivery vehicles or travel…

Individuals or companies looking to offset their own greenhouse gas emissions can buy those credits through a middleman or those directly capturing the carbon. In the case of a farmer that plants trees, the landowner gets money; the corporation pays to offset their emissions; and the middleman, if there is one, can earn a profit along the way.

The Sharks Smell Blood in the Water

And as Marin Katusa notes, the sharks sniff red liquid in the seawater. They are finning in at emergency speed:

The largest public institutions like the World Bank, International Finance Corporation (IFC) and the International Monetary Fund (IMF) have all thrown their weight behind the movement…

Household names like Apple, Formula 1, Microsoft, Disney, Google and even oil giant British Petroleum have all made enormous commitments to “decarbonize.” And it’s setting the stage for what I believe is one of the biggest opportunities I’ve ever seen…

As you read this, governments around the world are firing up the money printing presses to react to climate change. And it will irreversibly alter the investment landscape.

This is going to be a major investment theme and movement for the next three decades. It’s going to make the government’s unprecedented financial response to COVID look like pennies… It’s absolutely mind-boggling.

Mr. Katusa is therefore convinced carbon is gold — only more so. Yet so few are aware of the gold beneath their feet:

This is bigger than the gold market. Bigger than the crypto market. And potentially even bigger than the tech market because if it grows at a mind-boggling pace like I believe it will, it will be a core part of every public market sector…

But here’s the thing: Not one in a million investors knows how to play it.

But you can be that one in one million, this fellow insists:

Of course, as with any major disruptive shift — especially one of this magnitude — there will be huge winners and losers. And if you’re interested, I will show you how to be on the right side of it… Whether you agree with it or not, you’re not going to see a penny of it until you get on board.

Would you like to climb aboard this gravy train — or this potential gravy train? Then we invite you to follow this link.

‘You Sanction This Nonsense?’

Yet a thunderous objection rises…

‘The Daily Reckoning is throwing in with this globalist fleecing? Its very own editor has cast grave doubts about climate change’s supposed menace. I do too. Why should I invest in it?

“How can you bless this legalized racketeering?’

Here is our response: We do not bless it. As stated above, we are merely alerting you to chance.

We have tacked our note to the community bulletin board. You are free to stop and have a look, take aboard the information and do something with it.

You are likewise free to pay it no heed whatsoever, and to push on as you please.

The choice — as always — is yours and yours alone.

We offer you a parallel example…

“When Did You People Turn Into Shills for the Military-Industrial Complex?”

Yet in 2009, Mr. Wiggin touted defense stocks to readers. It knocked many readers from their chairs.

“When did you people turn into shills for the military-industrial complex,” raged one inflamed reader. He continued:

“My security would be greatly enhanced if every damn one of ’em would go home forever and the entire machine would grind to a halt, so don’t try to pump this bilge my way.”

Yet Mr. Wiggin was no “shill for the military-industrial complex.”

He has yelled against it with a passion, a passion purple in color. Like us, he was merely alerting readers to opportunity.

And that is our business, our everlasting business — to bring profitable opportunities to your awareness.

You may object to profiting from objectionable investments, acknowledged Addison.

But if the United States is going to go about the business of empire, he argued… why not “make the empire pay”?

That is: Why not seek a return on the monies you have already ladled out for its upkeep?

We’re not much on socially responsible investing… even when we judge a certain investment vehicle to be thoroughly irresponsible, if not downright reprehensible…

If you own a gold stock, there’s a good chance the company is stomping all over the property rights of someone whose land happens to sit on top of a gold deposit.

Third-world governments routinely cut sweetheart deals with mining firms to seize land held in the same family for generations, with zip for compensation.

Meanwhile, if you shun the stocks of the major banks because they accept government bailouts, you’ve passed up monster rallies going back to late 2011.

Support Your Moral Cause With Amoral Profits

Mr. Wiggin cited the late Harry Browne. Choose head over heart, he counseled — if you seek profitable returns in the stock market:

Maximizing profits and conforming to social policies are separate endeavors. You can cater to one endeavor only at the expense of the other… The stock exchange isn’t a pulpit. If you want to promote a particular environmental policy, political philosophy or other personal enthusiasm, do it with the profits you make from hardheaded investing.

That is, the heart may be on fire… but the brain must be on ice.

Fire or ice — it is your decision, as the liver and lights within guide you.

And we will continue to alert you to opportunities be they moral, immoral or amoral… so long as they be profitable… Lord forgive us.