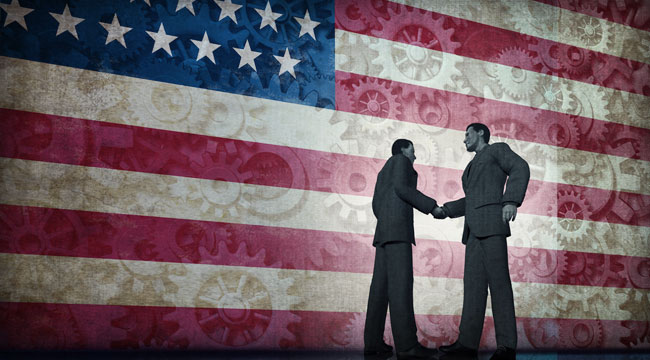 Jonathan Gruber: Right About Obamacare. Wrong About the American Voter.

The ancient Egyptians believed Pharaoh was divine. They called him a god. That gave him the right to tell people what to do.

Voters have better things to do than to study the rampant folderol of the legislative process.

This belief persisted in ancient Rome. The Romans referred to the first Roman emperor, Augustus Caesar, as Divi Filius — “Son of the Divine.” Later, the emperor Caligula declared himself a god. (After announcing he would leave Rome to live in Alexandria to be worshipped as a god, his guardsmen assassinated him.)

And in Britain up until the Revolution of 1688, and in France up until its revolution a century later, people believed their king was divinely appointed. He wasn’t a god. But God had given him the divine right to tell others what to do.

Now people believe that God has nothing to do with it. Voters elect their leaders, who do what the public wants them to do.

All of these descriptions of government are popular myths.

Long-time readers will recognize a drop of fresh water in the murky puddle of political fantasy in the recent remarks of Mr. Gruber who, as a consultant, helped put together the Obamacare bill:

Lack of transparency is a huge political advantage and basically, you know, call it the stupidity of the American voter or whatever, but basically, that was really, really critical to getting this thing to pass.

If you have a law that makes explicit that healthy people pay in and sick people get money, it wouldn’t have passed.

Poor Gruber is getting little support or appreciation. Instead of being thanked for helping us understand how the system really works, he is being assailed from right and left.

To the right, he is a slick political operative, deceiving the public to get what he wants. To the left, he is a dumbbell and a traitor, who has revealed a few too many unsavory ingredients in the Democrats’ sausages.

What can we do but rise in defense of Gruber, as we do with all underdogs, diehards and mental defectives?

He is wrong about the stupidity of the American people. The typical voter is no dumber than the typical person he votes for.

Voters have better things to do than to study the rampant folderol of the legislative process. It would be time wasted, anyway, because he can do nothing about it.

Besides, he is just doing what he should do: playing his role in the fantasy.

French king Louis XIV reportedly believed God gave him his job assignment. The king was supposed to rule; the population of France was supposed to submit to his rule. Each had a role to play.

Likewise in today’s America, the elite who control the workings of the government are supposed to pretend they are acting on behalf of the voters. Voters are supposed to believe it.

Voters could perfectly well understand what is going on if they invested the time and energy to look at it closely.

The system depends on the cooperation of the conniving Grubers as well as the “stupid” goobers.

But what would be the point?

The system depends on the cooperation of the conniving Grubers as well as the “stupid” goobers. Both must work together to make a more corrupt world.

USA Today helped elucidate the mechanics of the fantasy in an article on “dark money” last week.

Big Pharma sets up “advocacy groups” that pretend to be genuine public interest outfits, but whose real purpose is to push drugs.

The nuclear power industry operates a “Clean and Safe Energy Coalition.” It sounds like a citizens’ lobby; in reality it is an extension of the industry’s lobbying efforts.

And the Center for Consumer Freedom is a front for the junk-food industry, says USA Today.

The newspaper doesn’t seem to like “dark money.” It wants the elite to do something to stop it.

Like an alarm at 5 a.m., it disturbs the dream.

Bill Bonner reveals that central banking was once an honest profession and much more. Read on…