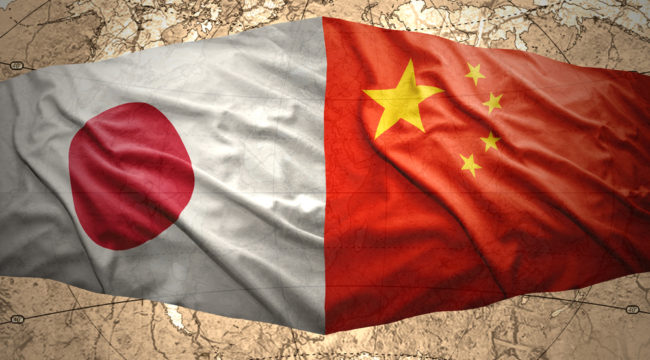 Japan’s Role in the West to East Power Shift

Once the dust settles, the Trump White House will gear up to make its mark on the U.S. economy. But America doesn’t exist in a global vacuum, not politically, militarily, or financially. So, it’s important to consider the ramifications of Trump and his Washington Co. on the quickly evolving global markets and political alliances in order to be best positioned to profit at the right time.

As the third largest economy in the world, it also has the highest government debt to GDP ratio at nearly 250% vs. that of the U.S. at 105%.

That means Japan can finance its current and new debt even more cheaply for the next decade. It’s part of Japan’s insistence that monetary policy combined with Abenomics fiscal policy can jumpstart economic growth.

Japan’s global superpower position has been overshadowed by expansion, economically and politically, of long-time adversary, China. Japan stands at the crossroads of a shot to do something about this. But that’s only if it plays its cards right.

For the moment, Japan has chosen to copy and adhere to U.S. Federal Reserve policy since the financial crisis began. But since it’s a key pivot country in the West to East power shift, especially now, leading up to Trump’s inauguration on Jan. 20, 2017, it’s possible next moves deserve our keen attention.

My Recent Trip to Japan

I don’t like to discuss countries without gathering on the ground intel. So, I hopped aboard a Boeing 777 and jetted to Japan two days after the U.S. election. There, I addressed officials and financial professionals to get the lay of the land.

I spoke to a crowd at the Tokyo Stock Exchange, where I was the first American following our elections to speak publicly about their impact. The next day, I spoke at the foreign correspondents’ club where I answered questions from the foreign press. Most questions related to understanding the American population’s position, and what Trump would do on military expenditures and on trade. 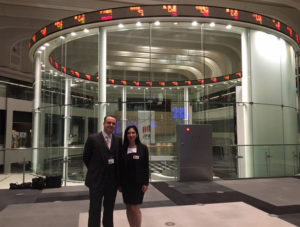 Nomi Prins inside the corridor of the Tokyo Stock Exchange

While I was conversing with officials in Tokyo, Japan’s Prime Minister, Shinzo Abe flew around the world in the other direction — to the United States to meet with Trump in New York City.

Abe is sitting in the middle of a U.S./China crossroads. For every $50 billion pledge that a Japanese mogul invests in the U.S., there’s a plethora of side trade deals being made between China, the rest of Asia and the world.

Just before Abe flew to the U.S. to talk to Trump, China’s leader, Xi Jinping also reached out to Trump for a meeting on Nov. 14., but he was not given a firm time. President Xi told Trump during their phone call that “facts have shown that cooperation is the only correct choice” for the United States and China according to Xinhua, a Chinese state news agency. Trump however chose to speak with Abe, who had reached out to him on Nov. 9, the day after the election, first. The two met on Nov. 17.

Not one to be shaken by that sort of dismissal, Jinping reacted by further strengthening China’s trade ties throughout Asia. He championed China’s own version of the Trans Pacific Partnership (TPP) in which China was not included to begin with.

Why a “Dead” TPP Still Matters

Without the U.S., the TPP as it stands dies no matter what Abe might have wanted. But what happens instead? China forges ahead on its own TPP. Japan had the opportunity to do this in the wake of the U.S. election results. But it chose not to in order to maintain a good relationship with the U.S. possibly to its own detriment.

What could have happened? Either both Asian giants could have worked together for a unified Sino-Japanese equivalent of the TPP, or one could have taken leadership in regional trade blocks – leaving the other behind.

The opportunity presented a unique positioning for cooperation uncommon for a region so historically divided. When I was there, I suggested to senior government advisors that the leadership route would be a prudent interim course of action for Japan from an economic perspective, and it could be used to leverage a U.S. related deal later.

Despite all election rhetoric from Trump and other American political figures to the contrary, Abe believed he could convince Trump to re-embrace the TPP (losing credibility in Japan as a result).

Abe, while stressing the urgent nature of American involvement, said that the TPP would be “meaningless” without U.S. involvement. But, he didn’t choose another direction given that the U.S. won’t be involved. Trump will more likely create bilateral trade agreements with Japan and other countries. That’s how he operated his business empire.

Without the old TPP, China wins big though. It can strengthen its regional and global role with no competition from a broad Asian coalition in which the U.S. and Japan were taking part. Still, while the TPP door for Japan may have closed, China can now operate with Japan on finding another way to modernize its frosty relationship. 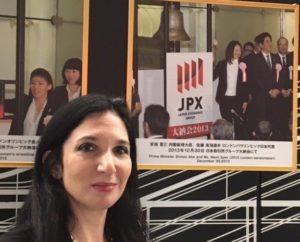 Nomi Prins prior to speaking to the Tokyo Stock Exchange

Japan must consider this: Does it enter a new arrangement with China with whom it has a prickly historical relationship? Does it work with Trump on a separate bilateral trade agreement that would make the U.S. and Japanese economies (both growing more slowly than China) more co-dependent? Or does it try to do both?

To hedge its bets somewhat, Japan is meanwhile forging tighter relationships with Russia, copying China. Seeking to further diversify its regional cooperation, on Nov. 11, Abe signed a new nuclear agreement with India before he left for the U.S. Both moves are harbingers of Japan’s commitment to a stronger role in the region.

The political rattling between these Asian states has left each respective central bank with even greater global influence. As the People’s Bank of China (PBOC) faces a falling yuan, and the Bank of Japan (BOJ) is simultaneously dealing with market inflation, both banks have been given considerable power that has domestic and global implications. Both could raise rates.

Central banks throughout the world, have manufactured money that costs nothing. In the U.S., inflation hasn’t risen except in people’s pocketbooks. In Japan, inflation has risen in terms of the middle class taxation. There’s been a disconnect between how inflation is measured and how it actually impacts individuals on the ground.

That was one of the reasons why Trump and Bernie Sanders touched the population across conservative and liberal ideology. People know their wages aren’t keeping up with the things that they need to buy. That’s why they took on more debt and felt more anxious. What the Fed and the Bank of Japan has done, is altered the availability of money to the financial system and elites, not to the foundational economy. It hasn’t changed the nature of economic stability.

In Japan, debt ballooned even before rates went negative this January. The BOJ’s latest artisanal money proposal of reducing 10-year rates is a way of dealing with Japan’s epic debt to GDP levels. It effectively allows Japan to finance itself forever without paying interest for it, or issuing what Wall Street calls, perpetual bonds. 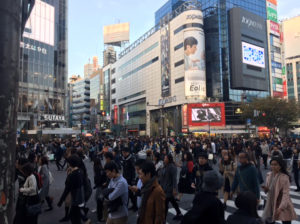 But the BOJ’s role of trying to control the shape of the Japanese yield curve, or tripling down on the ineffectiveness of its massive quantitative and qualitative easing policies could also inflate the cost of getting U.S. dollars. This could lead to credit contraction, not just in Asia, but in Europe as well, given co-dependences of global banks and central banks. And also inflation.

Equity markets haven’t priced this in yet. But as the current bullish trend of the dollar extends, the Fed possibly tightens a bit, and as the BOJ and other central banks keep maniacally “printing” money, the global economy could reach a danger point to find and supply dollars.

Meanwhile, the shifting of global power eastward forces Japan to consider shifting, or diffusing, financial alliances away from the U.S. In the wake of the financial crisis, the People’s Bank of China was vocal about the risk in terms of bubbles, recklessness and lack of a reasonable exit plan from the Fed’s exported zero to negative interest rate and QE policies.

China continues to forge its U.S.-independent path. It has done so through inclusion of the Renminbi in the IMF’s SDR basket as of October 2015. As well as a stronger relationship and side agreements with Russia, the BRICS community and increasingly with Europe and the United Kingdom post the Brexit vote. That was all part of a strategy to not be beholden to the risk that the United States posed upon the world.

The power-play away from the U.S. dollar and U.S. policies portends more to come. An isolated U.S. will only push China and Japan closer together. While economic agreements will be a first step, we could be approaching a new dawn in which Sino-Japanese relations allow for diplomatic normalization and potential military cooperation.