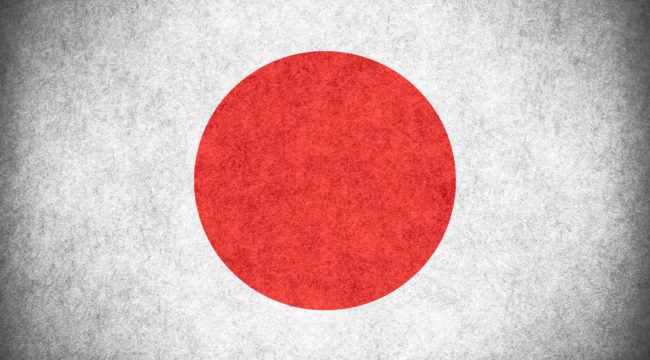 I’ve just wrapped up a long trip to Japan. And I’ve taken away one lesson from all of my conversations, speeches and research: The rise of nationalism in the U.S. will cause massive shifts in global trade alliances.

One of the main beneficiaries will be Japan. Now, Japan might not be on your radar, day-to-day, but it’s about to play a very important role in the world of Donald Trump.

Here’s what I mean…

During President Trump’s campaign, he often discussed making “better” trade deals for the United States with its partners.

Indeed, one of his first executive orders as President on January 23, 2017 involved removing the U.S. from the Trans Pacific Partnership Trade Agreement, or TPP. That agreement originally involved 12 countries including the U.S.

Now, TPP is left with 11: Japan, Mexico, Australia, Brunei, Canada, Chile, Malaysia, New Zealand, Peru, Singapore and Vietnam. The TPP’s member countries account for 40 percent of global GDP, 20 percent of global trade, and 11.3 percent of the world’s population. It will still likely go ahead without the U.S., which will put America at a trading disadvantage.

However, this offers Japan good news for future trade and projects. Japan is well positioned to benefit both from existing alliances with the U.S. and growing ones in the rest of the world, particularly with China and the EU.

Another key agreement, called the RCEP, also excludes the U.S. but includes Japan. It represents 16 countries that account for almost half the world’s population, contribute 24% percent of global GDP and over a quarter of world exports. 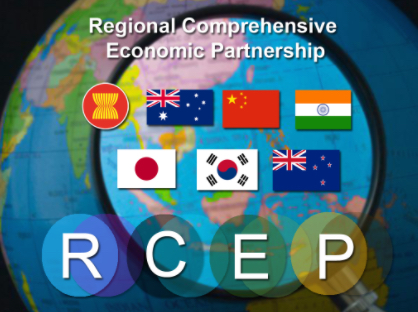 This trend of non-U.S. trade alliances is more pronounced than ever for three reasons: First, because of the United Kingdom vote for Brexit last summer, which cast into flux the future trade and capital flows between the U.K. and its trading partners.

The second reason is the Trump doctrine of bilateral rather than multi-lateral trade agreements. Taking the U.S. out of critical multilateral contention during an intense period of international re-alignment means more economic opportunity for other budding alliances as well as a long-term power shift.  This would benefit Japan.

Finally, there is the ongoing West to East shift of power and influence. Since the Federal Reserve and its cohorts at the ECB and BOJ embarked upon quantitative easing, or asset buying to bolster the markets, debt to GDP levels in those areas jumped as well. Respectively, they are 90.1 percent for the ECB, 104.3 percent for the U.S., and 250.4 percent for Japan). 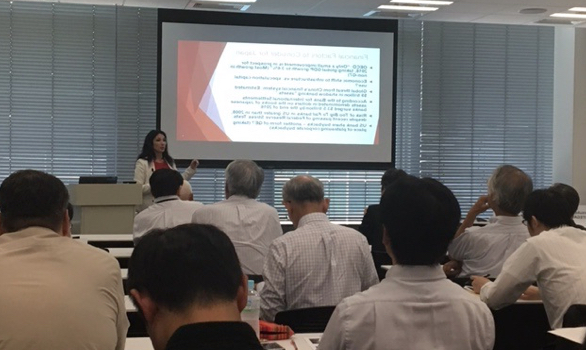 Nomi Prins delivering a speech to Canon Institute for Global Studies in Japan. Canon is a prestigious think tank populated with former government and central bank officials, and academics.

Pushback, particularly from China’s central bank, the People’s Bank of China, has resulted in the yuan’s inclusion into the IMF’s special drawing right, or SDR. This is a way of securing currency flows and challenging the world’s main reserve currency, the U.S. dollar.

Japan stands ready to benefit from both its existing relationship with the U.S. and its involvement with China, the EU and other regional agreements.

All that said, the U.S. and Japan still represent about 30 percent of global GDP. With so much in flux worldwide and in Asia, their combined strength and diplomatic ties could prove more fruitful for both countries if translated quickly to real infrastructure building and development projects. These could create long-term demand for knowledge, supplies and jobs.

The last time I was in Tokyo was a week after the U.S. election when I addressed the Tokyo stock exchange. There was much interest from the Japanese as to what the Trump presidency would mean for Japan, particularly in the areas of defense and trade.

Six months into Trump’s administration, that interest remains acute. In February, President Trump addressed military and defense, saying he is committed to “the security of Japan and all areas under its administrative control.”

This was a victory for Abe, who came to Washington to develop a sense of trust with Trump and a solidification of the post-WWII U.S.-Japan alliance.

A White House statement confirmed policy continuity, noting, “Amid an increasingly difficult security environment in the Asia-Pacific region, the United States will strengthen its presence in the region, and Japan will assume larger roles and responsibilities in the alliance.”

From the standpoint of joint infrastructure projects, there are other, nearer term synergies that are also attractive investment opportunities.

Since the beginning of the Trump administration, there have been two official visits between President Trump and Prime Minister Abe. Trump has not been to Japan as President yet but it’s rumored that he has a trip planned for November.

Meanwhile, the two leaders just met at the G20 summit in Hamburg, Germany. Before that meeting, Japan and the EU signed a historic, free trade agreement that will greatly increase trade and coordination between the two regions.

This is yet another sign about how eager Japan is to take a bigger position on the world stage. As the U.S. adopts a more nationalist tone to trade, major trading partners like Japan are looking for more regional capacity building. By diversifying international agreements, Japan could solidify its security while re-establishing itself as a reemerging Asian powerhouse.

Japan is also eager to get more involved in major infrastructure projects around the world. Just last week, the Japanese government set a new goal for Japan Inc., a network of corporate allegiances supporting construction, labor, and jobs. The goal is to export 30 trillion yen ($268 billion) worth of infrastructure packages by 2020.

Japan Inc. plans are multinational. The group, or its participating companies, could target India to get involved in the development of bullet trains and the Association of Southeast Asian Nations for high-speed rail systems and non-public transportation projects.

Japan, Inc. also launched a competitive move against China for a high-speed train from Malaysia to Thailand. This is a 350-kilometer link project, worth about $14 billion. Winning that, or a portion of that contract, could prove a boon for Japanese construction and engineering companies.

The winning company would be responsible for the design and construction of the railway systems, including tracks, power, signaling and telecommunications. The train will have a maximum operating speed of 320 kilometers per hour and cut travel time between the capitals to 90 minutes, compared with nearly five hours by car.

But there’s more. Japan, Inc. is also angling for the U.S. maglev train project. The initial leg is estimated at $10 billion to build — the Japan Bank of International Cooperation has offered to pay half of the cost.

Reuters (CNBC) reported on Feb. 3 that Tokyo had proposed an investment package for Trump that could generate 700,000 U.S. jobs and help create a $450 billion market. The proposal was in line with Abe’s strategy of promoting Japanese high-tech exports and expertise overseas.

Reuters sources also noted that Japan was proposing to invest 17 trillion yen (US$150 billion) in public and private funds in the U.S. over the next decade.

Japan’s main regional competitor, China, has also been gaining momentum on regional and international projects. Japan has missed some bids there, but it has the opportunity to use its unique favored-nation position with the U.S., and as a major partner in the ASEAN and RCEP agreements, to be well-placed to pick up fresh, lucrative contracts.

Topping that all off, Japan’s new free trade agreement with the EU will be the third largest in the world. It’s expected to benefit both powers immediately by removing tariffs for a number of products, including electronics, sake and tea from Japan.

If the Trump administration makes good on its promise to build cooperation with the Japanese, collaborating on infrastructure projects would only further Japan’s position in the region.